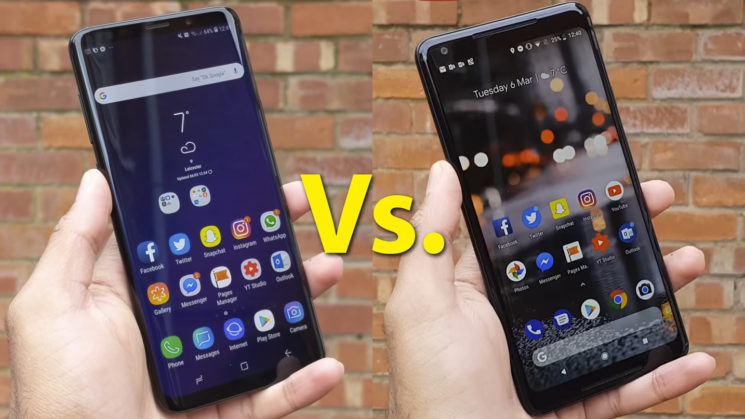 Along with the iPhone, the Samsung Galaxy and Google Pixel range of smartphones are the generally considered the top picks when it comes to their cameras. All three companies are pushing the boundaries of what phone cameras can do to edge out the competition.

It doesn’t seem that there’s a single clear winner, though, when it comes to everything. Despite what DxOMark might have you believe. In this in-depth comparison from YouTuber, SuperSaf we see just how well the new Samsung Galaxy S9 Plus and the Pixel 2 XL stack up against each other.

They’re the two hottest phones on DxOMark right now. The Pixel 2 knocked the iPhone 8 Plus off its throne, and then the Samsung Galaxy S9 Plus did the same to the Pixel 2. So, that means it’s better, right? In every way, shape and form? Not so fast. While both phones contain a very impressive set of cameras, offering some surprisingly good results, neither is perfect and they both have their downfalls, too.

Let’s start with video, after all, the comparison does. When you’re using your front camera for video, it’s typically for vlogging, facetime, live streams to Facebook, etc. So, that means the audio is just as important as the video. Having the phone be able to pick you out from your environment is important. The Pixel 2 shines here, while the S9 Plus includes a lot of environmental sounds, too. When it comes to front camera stabilisation, though, the S9 Plus definitely takes the lead.

With the rear cameras, though, the story is a little different. The Pixel 2 XL seems to outperform the S9 Plus quite easily on stabilisation. But the S9 Plus does have that optical zoom, whereas the Pixel 2 XL only has digital zoom. And with digital zoom, you might as well just scale in post.

The autofocus on both phones with the rear cameras is virtually instant. So it should have no problem keeping up with anything moving around in your frame. Slow motion on both cameras is quite good, too, although the S9 Plus has the edge here, offering 1080p at 240fps over the Pixel 2 XL’s 120fps. At 720p, too, the S9 Plus shoots 960fps compared to the Pixel 2 XL’s 240fps, although there are noticeable compression artifacts at this framerate on the Samsung.

Coming back around to the front camera for stills, both cameras do a relatively good job. The Pixel 2 XL seems to have more dynamic range, although it does tend to look a lot more like a badly tone-mapped HDR to me. The S9 Plus does have a few more highlights although the result looks more natural. 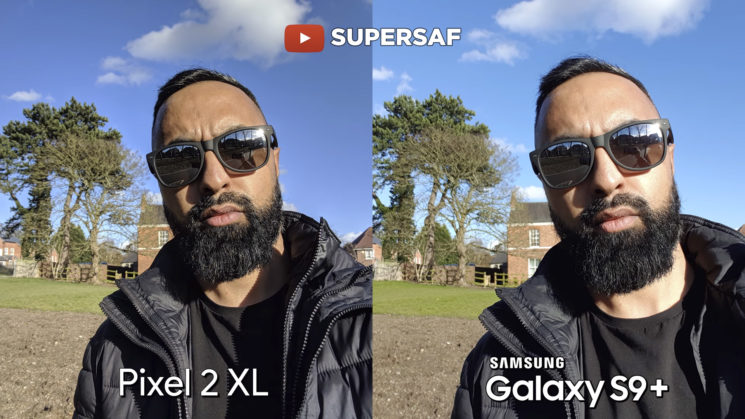 “Portrait mode” I’m not going to get into, because it doesn’t interest me, and I still don’t think the tech’s where it needs to be yet. But there’s a comparison in there for those who are interested.

The rear cameras both look great, as one would expect. The S9 Plus appears to be sharper, although this could simply be the result of some in-camera postprocessing. There are some slight colour differences, but overall, both are quite pleasing. 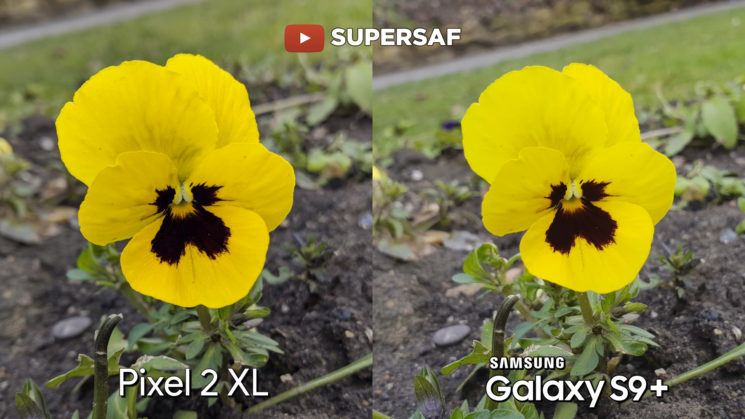 When it comes to more environmental shots, this is where that HDR style look of the Pixel 2 XL can actually be of some benefit. It shows a lot more subtle detail in the flouds as well as detail & contrast in the ground. The S9 Plus image looks much flatter and duller overall, although this could probably be easily corrected with a little work in Snapseed. 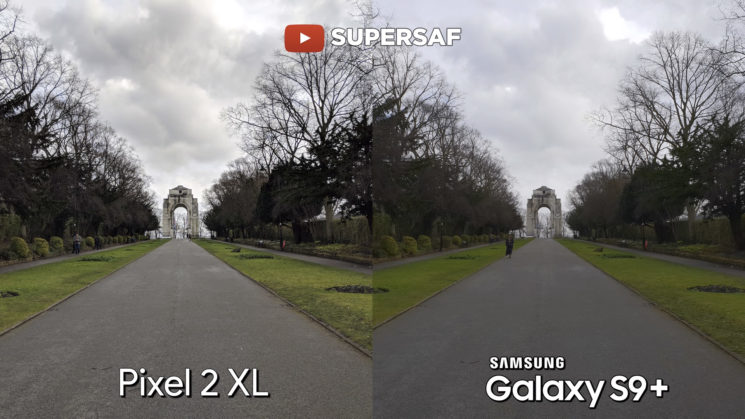 Here’s where you really see the difference in quality between the S9 Plus’ optical zoom vs the Pixel 2 XL’s digital zoom. The digital resizing and colour fringing are even more noticeable here than they are in video. 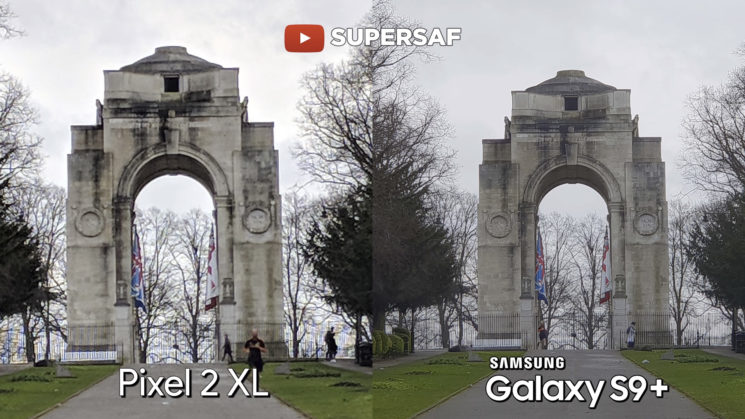 With photos of people in harsh conditions with the rear camera, the HDR effect of the Pixel 2 XL doesn’t look quite so intense as it did with the front camera. It’s still there, but it’s not too unnatural. I think the S9 Plus still has the edge on the more natural look, but the Pixel 2 XL holds much more of that highlight detail and colour lost by the Samsung. 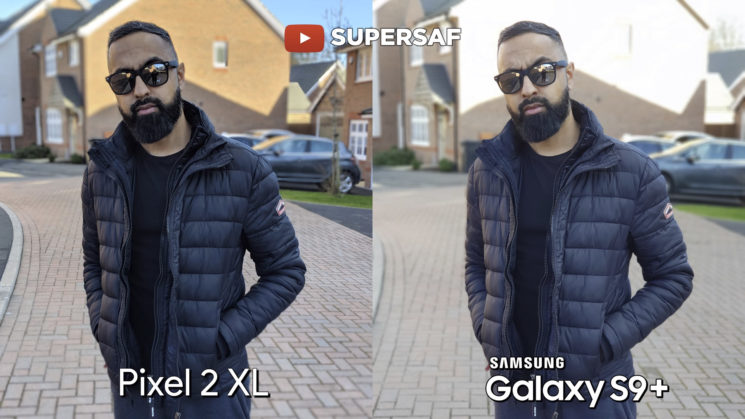 There are a couple more tests in the video, and plenty of examples of each. Both cameras were shot using the stock Android camera app with default settings and whatever post-processing normally happens (including the horrific “beautification” stuff). It would be interesting to see how they’d compare shooting with the app’s “Pro” mode and raw files to find out just how much the postprocessing plays a hand in the final results.

Both phones have their advantages and disadvantages when it comes to the cameras they contain, so which is “best” is going to boil down to your own needs and personal preference.

Have you already decided? Are you still on the fence?