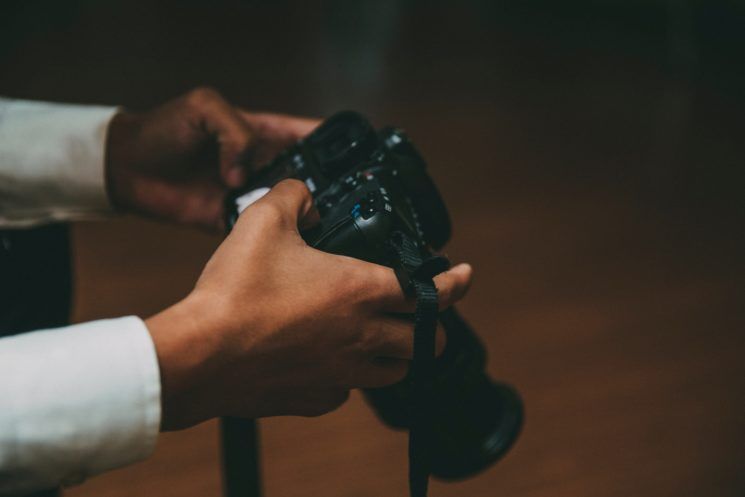 Photojournalists and documentary filmmakers get into a series of unpleasant, dangerous and even life-threatening situations on a daily basis. Seizing or steeling their cameras is very common, and the unprotected data on camera’s memory card can easily fall into wrong hands. This is why Freedom of the Press Foundation published an open letter to five of the world’s leading camera manufacturers: Nikon, Sony, Canon, Olympus and Fuji. They asked them to build encryption into their photo and video cameras, which could protect the filmmakers and photojournalists who use them.

More than 150 filmmakers and photojournalists from different parts of the world signed the letter. Fifteen of them are even the Academy Award nominees and winners. They all know how it feels to work in risky conditions and be haunted by the fact that your footage or photos may be stolen or destroyed.

Documentary filmmakers and photo journalists work in the most dangerous parts of the world. Even if they are in a safe corner of the Earth, even then they cover dangerous places or events. They face danger and fear on a daily basis. And as if it wasn’t enough, they are faced with police, military and security guards who can seize their cameras. Or even worse, terrorists and criminals who can steal or destroy them. If they can’t protect the gear, it would be useful if they could protect the footage and photos, and hide them from the wrong people before the material is edited and published.

As they point out in the letter, many technology companies have already embraced the encryption protection. iPhones and many Android phones protect the stored data by encryption. Also, it’s possible to protect the data stored on a Windows PC or Mac. Still, not even the high-end cameras have the encryption system which could protect the photos and footage.

Here is the text, which you can find here, for once, I think that this is probably far more important than another stop of dynamic range, or a split second faster focus performance.

We, the undersigned documentary filmmakers and photojournalists, are writing to urge your company to build encryption features into your still photo and video camera products. These features, which are currently missing from all commercial cameras on the market, are needed to protect our safety and security, as well as that of our sources and subjects worldwide.

Without encryption capabilities, photographs and footage that we take can be examined and searched by the police, military, and border agents in countries where we operate and travel, and the consequences can be dire.

We work in some of the most dangerous parts of the world, often attempting to uncover wrongdoing in the interests of justice. On countless occasions, filmmakers and photojournalists have seen their footage seized by authoritarian governments or criminals all over the world. Because the contents of their cameras are not and cannot be encrypted, there is no way to protect any of the footage once it has been taken. This puts ourselves, our sources, and our work at risk.

Many technology companies have in recent years embraced encryption technology, often including it in their products and enabling it by default. Indeed, encryption has, in some sectors, become an industry-best practice. Apple’s iPhones encrypt all data stored on them by default, as do many phones running Google’s Android operating system; text messages and voice calls made with WhatsApp, iMessage, FaceTime, and Signal are all protected using end-to-end encryption technology; and laptops and desktop computers running modern versions of Microsoft Windows and macOS encrypt all data stored by default too.

However, we face a critical gap between the moment we shoot our footage and the first opportunity to get that footage onto more secure devices.

As filmmakers and photojournalists who value our own safety and the safety of our sources and subjects, we would seek out and buy cameras that come with built-in encryption. Adding these data security features to your product line would give your company a significant competitive advantage over other camera manufacturers, none of whom currently offer this feature.

Beyond the commercial motivation for adding encryption features, we know your company has commendably committed to corporate social responsibility. Building encryption into your products is not just about helping the filmmakers and photojournalists who buy them, but about making the world a better place. As filmmakers and photojournalists, we use our lenses to hold powerful people to account — and ultimately to change society for the better. Encryption features will allow us to continue to tell the most important stories, from some of the most dangerous places in the world.

You can help us reach that goal by starting to work towards building encryption into your camera products.

Thank you for your consideration.

Over 150 Filmmakers, Photographers, and Media Workers Around the World

These filmmakers and photojournalists have made the first step towards protecting themselves and their work. Now is the time for the major camera manufacturers to make a move. I don’t know if this is doable, but if it is – we may evidence a revolution in photography, photojournalism and documentary filmmaking.

[via Freedom of the Press Foundation]