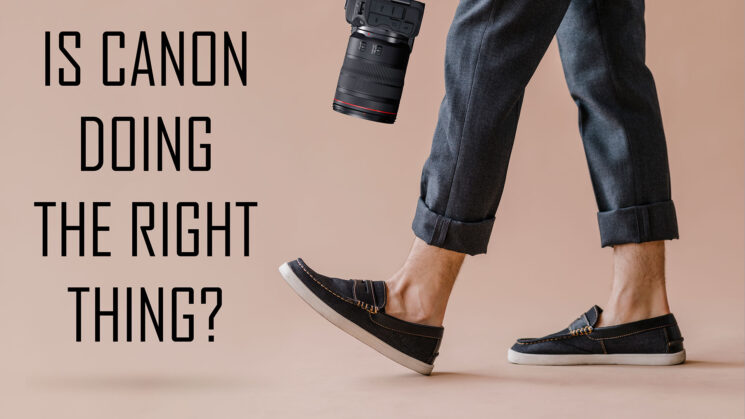 Is Canon potentially stifling their own growth amongst camera users by doing so, though? I think they probably are and I’m not the only one who thinks so. In a recent and rare opinion video, Christopher Frost made a number of good points about Canon’s potential place in the future mirrorless landscape and they align quite well with some of my own thoughts over the last few weeks.

Canon has historically been known as one of the most third-party compatible brands out there. In the DSLR days, you could adapt pretty much anything to Canon EF mount cameras. While adapting lenses to fit on EF mount had already been happening for a while, things really came to a head in 2008 with the release of the Canon 5D Mark II. Suddenly, we had a DSLR capable of shooting decent video. No, it wasn’t the first, that was the Nikon D90, but the 5D Mark II was the first to offer 1080p and full manual exposure control.

But Canon’s EF mount lenses at the time weren’t really all that great for video at the time. To be fair, most of the competition’s current model lenses at the time weren’t really designed for video, either because until that point, video hadn’t really been much of a thought when it came to designing photography lenses. Aperture control on most wasn’t great (Nikon had already begun ditching the aperture ring) and the manual focus rings of autofocus lenses also weren’t that accurate for things like pulling focus (not quite focus by wire, but not far off), so many people opted to use older manual focus lenses – particularly old Nikon AI lenses.

It was very easy to adapt pretty much anything to an EF mount body and the 5D Mark II became a huge hit, one of the biggest turning points in digital camera history. And the vast majority of those I knew at the time who’d switched from their bulky standard definition camcorders and broadcast style cameras to 5D Mark II bodies were doing so with adapted lenses. 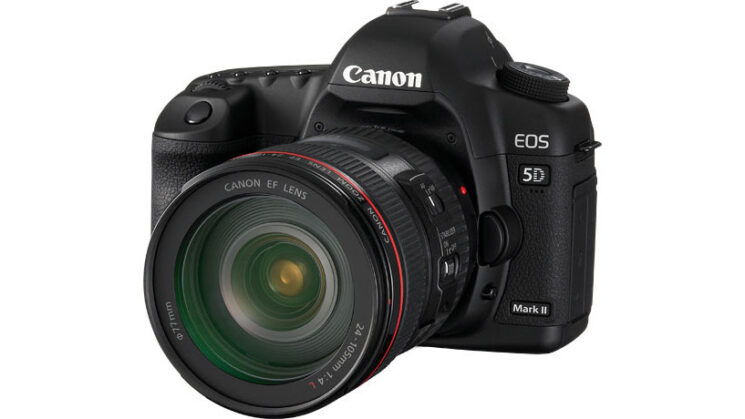 Even for photographers, though, there was a pretty huge 3rd party lens market. Sigma, Tokina and Tamron were all fairly big players back then – especially in the lower budget markets – and many photographers I knew shot with “off-brand” EF mount lenses from those companies.

With the switch from DSLRs to mirrorless, things changed a little. Sony ditched their A mount DSLTs and went to E mount mirrorless with what was then a ridiculously short flange distance. The biggest complaint about Sony E mount in its early days (for at least 2 or 3 years) was the lack of lenses. But because of the short flange distance, it was easy to adapt pretty much anything to the E mount.

The most popular adaptation was Canon EF mount lenses due to their highly electronic nature. Nikon was still mostly mechanical back then, with a lever to control the aperture and a lot of lenses still requiring a focus motor in the camera itself and while you could mount them to Sony E bodies through adapters, you were pretty much 100% manual when it came to aperture and focus control (ideal for the video folks, though!).

The adaptability of Sony bodies, along with many third-party E mount lenses popping up on the market meant that Sony managed to not only get a serious foothold in the camera but became one of the top players, on par with the then dominant Nikon and Canon. Sony has since managed to catch up and has a wide array of their own brand OEM lenses. But there are still plenty of 3rd party lenses out there, with new ones being released all the time, and Sony is still succeeding just fine. Sony isn’t the only one, either. Canon EF mount lenses can also be adapted to Sigma/Panasonic/Leica L mount, Micro Four Thirds, Nikon Z and Fuji X, too.

Canon RF’s mount offers many of the benefits that Sony E did back then. It has the short flange distance, making it hypothetically adaptable to a great many older DSLR lenses and Canon even provides several adapters to let you mount your old EF mount lenses onto the new RF mount cameras. Canon also has the history, expertise and motivation to work on lenses relatively quickly. 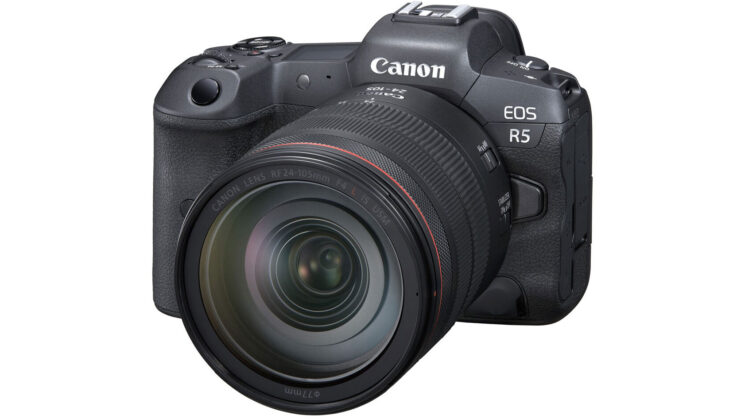 This doesn’t really leave a whole lot of variety. And, yeah, sure, you can adapt your EF mount lenses to the RF mount system, but Canon’s pretty much abandoned the entire EF mount ecosystem now. They’re not developing new lenses for it and I’d be surprised if they’re still actively making any EF mount lenses and not just letting existing stocks run out. Most 3rd party manufacturers now have also abandoned EF mount lenses – at least when it comes to autofocus ones – preferring instead to set their sights on mirrorless-specific lenses.

For example, Sigma, probably the largest third-party lens manufacturer on the market, has produced a lot of EF mount lenses over the years as part of their older lineup and their more recent Art series of lenses. Many of them are extremely popular and have been able to stick with photographers across different brands of cameras. But those old DSLR lenses don’t work as effectively as they could when adapted to mirrorless, so Sigma’s been working on their DG DN line to bolster their mirrorless lens lineup (and like everybody else, seemingly abandoned DSLR lenses). This is primarily for L mount cameras – Sigma is part of the L mount alliance – but they’re also releasing them for Sony E mount. No Canon RF (or Nikon Z for that matter) lenses exist from Sigma just yet, though.

Many photographers had been hoping that Canon’s RF mount ecosystem would be as adaptable and versatile as their EF system. And even though I’ve been primarily a Nikon SLR/DSLR shooter for the last couple of decades, I include myself in that group, too. I’m happy with my Nikon DSLRs but they won’t last forever and as they die off and I make the switch to mirrorless (for stills, anyway, I’ve already done it for video with Panasonic MFT), Canon was looking to be the route I’d likely go. It almost certainly won’t be Nikon, although not due to a lack of third-party lenses.

With the recent revelation of Canon’s attitude towards third-party lens manufacturers, though, especially given Canon’s own extremely limited RF mount lens lineup, my thoughts are starting to change. I am but one photographer, although I do currently own 15 Nikon cameras that will all eventually need to be replaced by (not-Nikon) mirrorless bodies and judging from the comments on Christopher’s video, I’m not the only one who’s been thinking this way.

With Sony already challenging Canon’s dominance in many markets, it seems like Canon should be doing everything it can to try to win back some of those old EF mount shooters who went E mount while waiting for Canon to even announce a full-frame mirrorless camera. Exactly what their line of thinking is, though, I’m not sure. I mean, I do get that they want people to buy Canon-branded lenses, but at what cost? If a customer chooses to go with a different company for their camera due to lens availability, they’re still not buying any Canon lenses. So, how does that help them?

I’m really hoping that Canon’s stance is simply a licensing issue and that one day (sooner rather than later) we’ll start to see some third-party autofocus lenses come for Canon RF mount cameras. Because the other option isn’t that great. If Canon’s completely closed off to the idea of any third-party companies ever making autofocus RF mount lenses, that’s going to severely limit Canon’s appeal until their RF mount lens lineup grows to be as large as their EF mount lens lineup used to be. And even then, the lack of third-party lens options will still put many potential customers off.

All I do know is that it’s unlikely I’ll be sticking with Nikon as I make my mirrorless transition and I don’t want to have to buy into Sony!

Has Canon’s decision to block third-party autofocus lens manufacturers affected your decision to buy into the RF mount system?