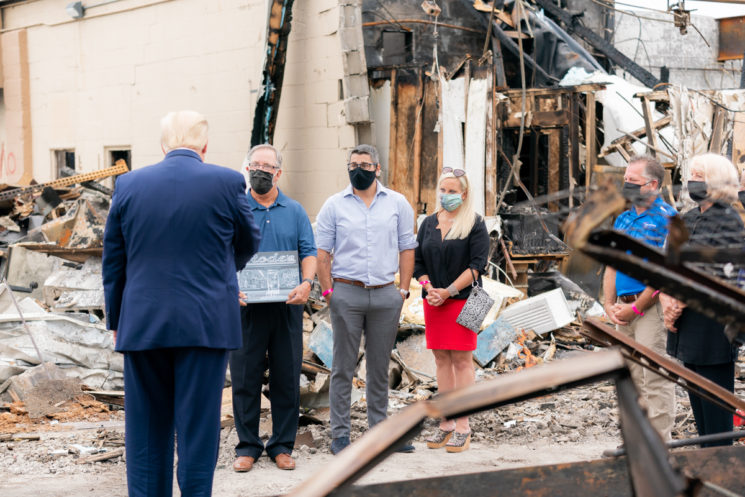 Last week, protests and riots occurred in Kenosha, Wisconsin after a police officer shot African-American man Jacob Blake. During the riots, Rode’s Camera Shop was burned to the ground. The shop was around for 109 years, but it was destroyed overnight.

The rode family first opened the store in 1911, selling camera gear and processing film photos in the lab. In 2012, Paul Willette and Tom Gram took over the business from the Rode family, and Gram had been an employee there for 41 years before he became the owner. What started as his summer job ended up to be his way of life, and eventually even his own business.

“Literally every day someone would say to us ‘I’m so glad you guys are here.’ Because we had our own lab, there wasn’t anything we couldn’t do. We’d always figure it out.”

The co-owner of Rode’s Camera Shop, Paul Willette, said that it was just a building, but people’s memories were inside. “That’s what is killing me,” he added.

“A woman had just come in Monday and brought in a photo of her grandparents in elementary school, wanting it to be restored. I left it on my desk. Now it’s all gone. Our customers lost family memories.”

Although the company still sold cameras, Willette said that this part of the business had shrunk. The technology is changing over time, and there are “big players” taking over gear sales. However, what set Rode’s apart was that it had a lab and “could control the process from start to finish,” as Willette notes. Another thing they were known for was photo restorations and transferring old family movies to digital formats. “We could do photo developing within hours,” Willette told Kenosha News, “and if there was any problem, we could quickly fix it.”

As a part of his tour of Kenosha this Tuesday, President Donald Trump visited the burned-down camera store. PetaPixel notes that this put the store in the center of a controversy, questioning its role in Trump’s tour. 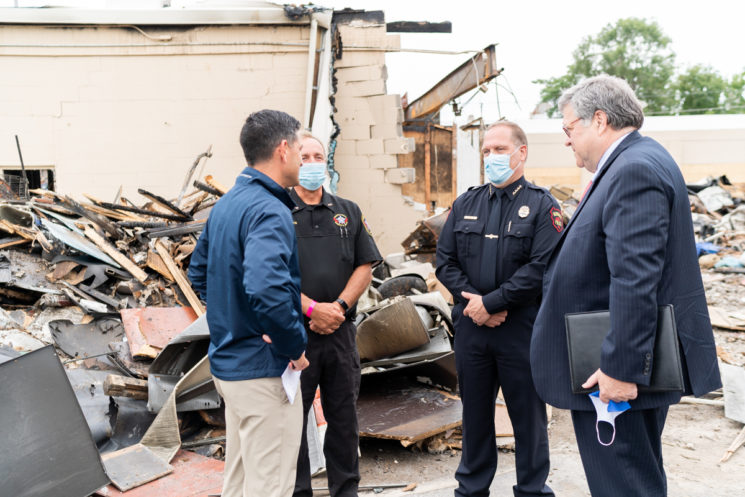 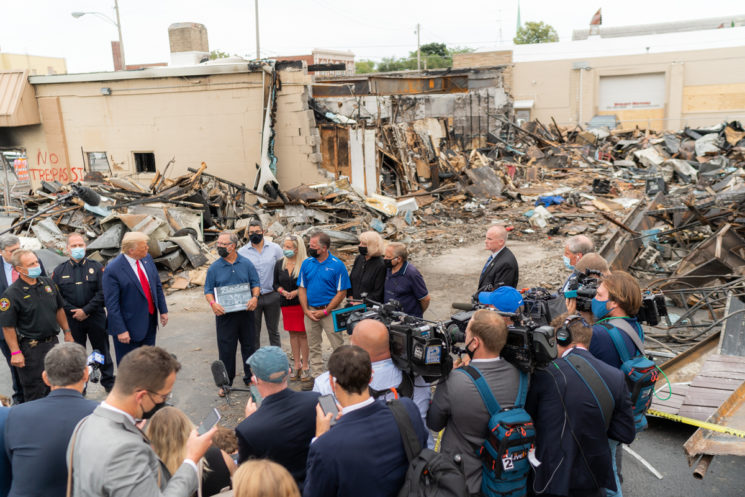 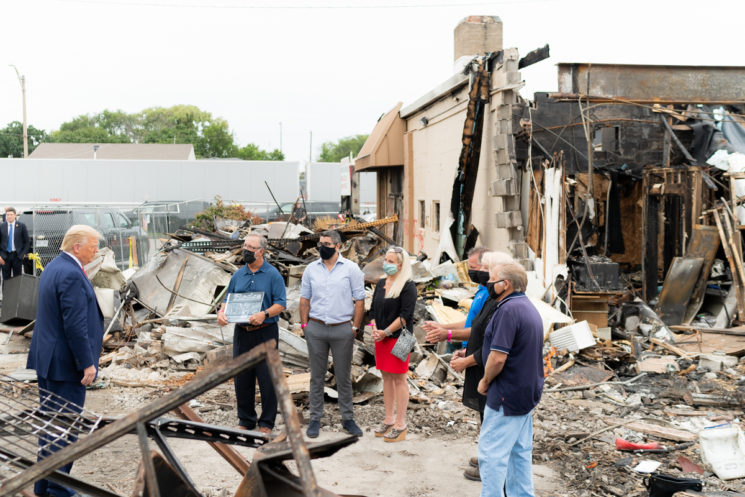 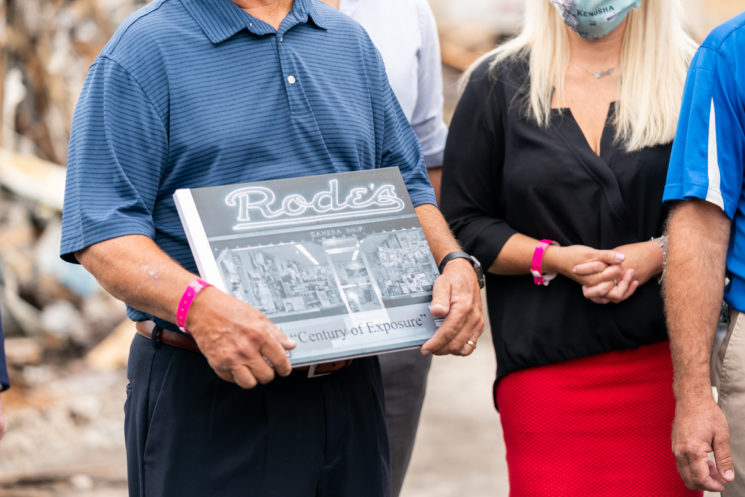 Both Gram and Willette declined to show up to meet with Trump, according to Milwaukee Journal Sentinel and TMJ. So, the president brought in former owner John Rode III who said: “I just appreciate President Trump coming today; everybody here does.”

The actual owners of the Rode’s Camera Shop say that they will file an insurance claim and try to deal with all the paperwork as soon as possible. However, they say that the photo lab is unlikely to relocate. “It would have to be a perfect space for us to reopen,” Willette told Kenosha News. “It’s not simple to set up a photo lab; there are a lot of steps, and it takes a lot of work.”

Staff attacked with bear spray during robbery at The Camera Store, Canada