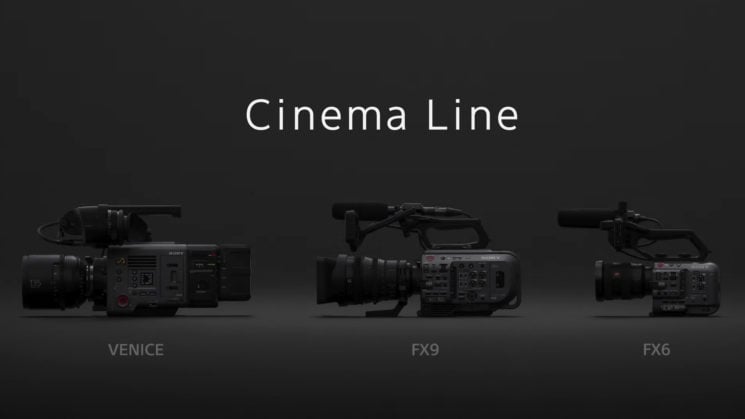 Sony has announced the launch of its new Cinema Line – a series of cameras for what Sony describes as “a wide range of content creators”, which will kick off with the full-frame Sony FX6 – successor to the popular Sony FS5 Mark II – due to go on sale before the end of 2020. Well, sort of, it’ll be the first brand new camera in the new Cinema Line.

The existing 6K Sony FX9 is also being incorporated in the new Cinema lineup, although we will see a new “Version 3 upgrade” at some point in 2021. The Sony Venice is the third partner in the Cinema Line. That too will see a Version 6.0 upgrade, which Sony says “will improve its operability in broadcast and live environments”.

Other than the fact that it’s coming, and that the FX9 and Venice will receive updates, Sony hasn’t said a lot at all about the new FX6 really. There’s no word yet on exactly when the new FX6 camera will be released beyond “by the end of 2020”, nor a price, or even any specs. But it is expected to have a full-frame sensor and sport a Sony E lens mount.

Existing products in the Sony range will form part of the Cinema Line include VENICE and FX9. VENICE has become a first choice for digital movie production, and the FX9 has an outstanding track record in documentary production. The next step will appeal to a wider spectrum of visual creators. Sony will be releasing and shipping this next addition to the Cinema Line, the FX6 camera by the end of 2020.

Each of the Cinema Line cameras will evolve with user feedback: The FX9 Version 3 upgrade, available in 2021, will see the addition of the S700PTP allowing Remote Control of Sony’s camera, a Center Scan mode for Super 16mm lens and B4 Lens support with its adaptor as well as other features. In parallel, as of November 2020, the VENICE camera will see additional features in V6.0 firmware which will improve its operability in broadcast and live environments.

Exactly how the FX6 will compare to the FS5 Mark II, outside of the physical change in sensor size, and what features it will contain are currently unknown.

But if that “by the end of 2020” date is to be believed, it shouldn’t be long before we get to find out.