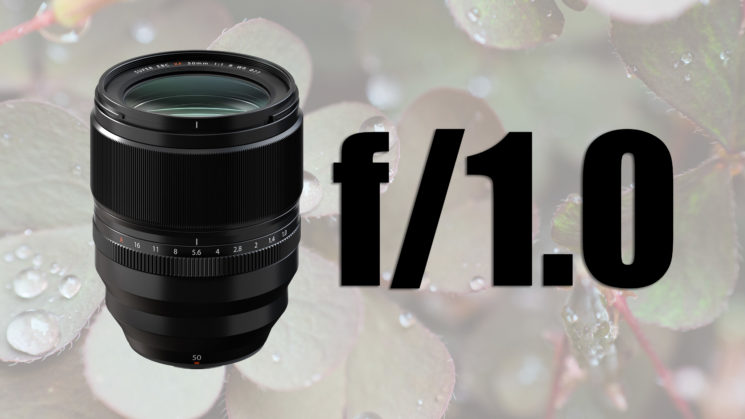 Now that the new Fujifilm XF 50mm f/1 R WR is finally released, aren’t you curious to see how it performs? What’s the autofocus like? How does the lens perform when the aperture’s wide open? What does the bokeh look like? What about video capabilities? Well, we have brought together a few great hands-on videos that should answer all of your questions.

William Svrček of The Hybrid Shooter tried the XF 50mm f/1 R WR with Fujifilm X-T4. He shot mainly city streets and flowers so you can see how the lens performs for photos like this. Although it’s not the most compact lens there is, he says that it feels the same as the 16-55mm f/2.8 lens, so you should be fine. The build quality is excellent, and it’s fully weather-sealed which is definitely a plus.

The XF 50mm f/1 features focus by wire system, and as far as the manual focus goes, it’s really smooth, which will be confirmed in a few of the other videos below. But what about autofocus? It seems rather fast and accurate, although William notes that it’s not the fastest AF lens he’s ever tested.

When it comes to image quality, there is some softness and chromatic aberration at f/1.0. However, it’s completely gone by f/1.4. The quality of the mage is more or less unchanged from the center towards the edges of the frame, but the corners are a bit softer when the aperture’s wide open. Keep in mind, though, that William used the pre-production unit.

As for the bokeh, it has the cat-eye shape at f/1.0, and it gets completely round at f/2.0. Still, I think it looks beautiful and soft even when the aperture is open to the max.

Adorama teamed up with Seth Miranda to bring you another hands-on review of the new Fuji lens, also on the Fujifilm X-T4. He used it in a situation that many of you want to hear more about: for portraits in low light. He used old broken monitors to light his model in a darkened studio. He tested out the XF 50mm f/1 at its maximum aperture, and the lens did really well in terms of low-light performance.

Gordon Laing doesn’t only show you what the XF 50mm f/1 is capable of, but he also compares it to two similar lenses: the Fujifilm XF 50mm f/2 R WR and Fujifilm XF 56mm f/1.2 R. In his video, you can see how it works for photography, but also for video – both with manual and autofocus.

Finally, Derek Fahsbended of B&H also presented the new Fujifilm XF 50mm f/1. There are plenty of sample photos, portraits, and other, so you can see how it performs in different situations.

The Fujifilm XF 50mm f/1 R WR is ready for preorders, priced at $1,500. Now that you’ve seen a bunch of sample photos and footage – will you be ordering it?