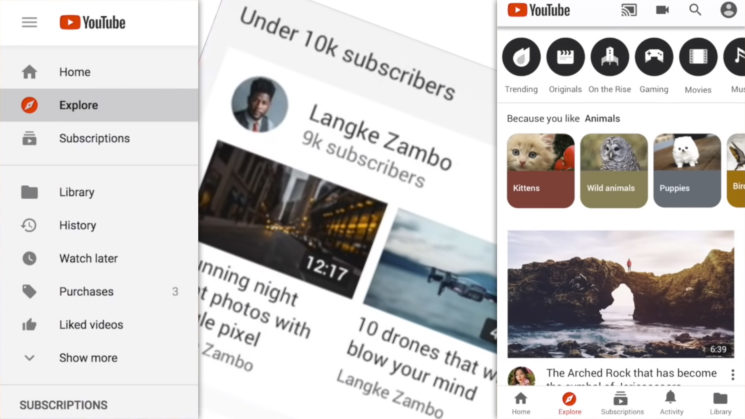 Getting started on YouTube these days is a struggle for most people. There are so many new YouTubers putting out a lot of really great content that just never gets seen by any significant amount of people. And it’s not really their fault. YouTube doesn’t make it easy for new YouTubers to figure out how to get their content seen, and its algorithm typically favours those who already have a huge audience.

But that looks like it might be about to change as YouTube starts to roll out the “Explore” feature. It was originally released as a test to just 1% of iOS users last July, but now TechCrunch reports that it’s being pushed out to more users across iOS and Android device, and even to the desktop.

With the rollout of Explore comes a new “On the Rise” category. This allows users to sift through small creators that are producing interesting content and starting to be noticed by viewers.

One particular highlight of the “On the Rise” category is YouTubers with under 10,000 subscribers. And it looks for small creators producing content similar to the types of videos you watch already. For many YouTubers, even getting close to 10K subscribers feels like an impossible task, but hopefully, this feature will help to propel a few more of them forward towards that goal. That’s the idea, anyway. 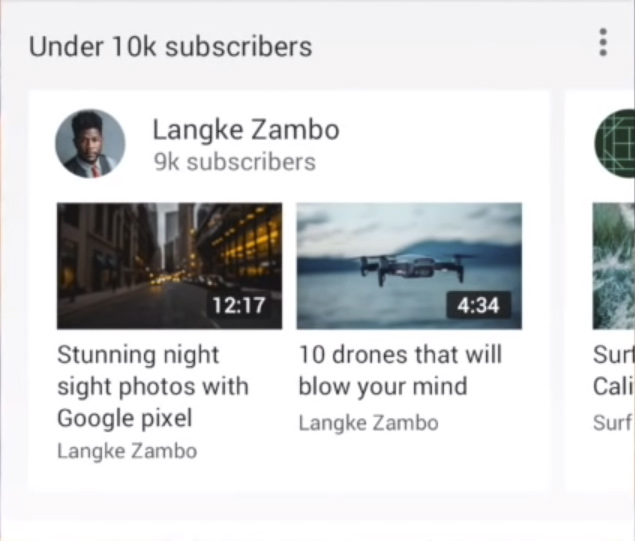 Other creators are also suggested, based on your viewing history and the types of content you like to watch. And to make sure there’s no algorithm favouritism towards larger YouTube channels, there will be a subscriber cap on the YouTubers shown in the whole “On the Rise” category.

YouTube says that some of the details and finer points are still to be decided, such as the subscriber cap mentioned above, but as the feature rolls out to more users and YouTube gets feedback, I’m sure those will be dialled in. And even though it is now being rolled out to a wider audience, the Explore tab is still being considered as an experiment.

But things are at least starting to look a bit more hopeful for those newer YouTube creators who are finding it a little difficult to break out to a wider audience.