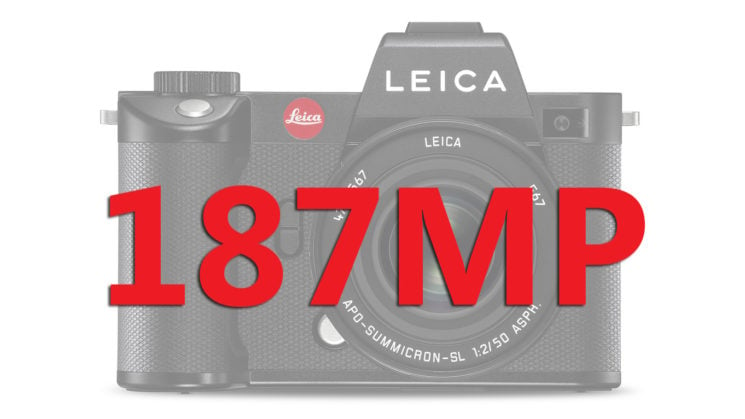 Then Leica SL2 almost doubles the resolution of its predecessor, the Leica SL: from 24 to 47.3 megapixels. But the latest firmware update allows you to shoot four times that much. Thanks to the new Multishot feature, the SL2 can now produce 187MP photos.

Multishot comes as a part of the firmware update 2.0. When you choose to take a photo with Multishot on, the camera uses IBIS to move the sensor, take eight photos, and stitch them into a single 187MP DNG file. At the same time, it also takes one “normal” JPG photo of 47.3MP, the camera’s base resolution.

The new feature comes with certain limitations. In other words, you can only use it with specific lenses and camera settings:

Other than the new Multishot feature, the new firmware update adds a few more minor features to the Leica SL2. The video menu has been improved,  the AF-field size can now be changed with a long tap without moving the AF field, and SD-card naming has been changed. There have also been some bug fixes.

The firmware update for the Leica SL2 is ready for download, and you’ll find it on Leica’s website.