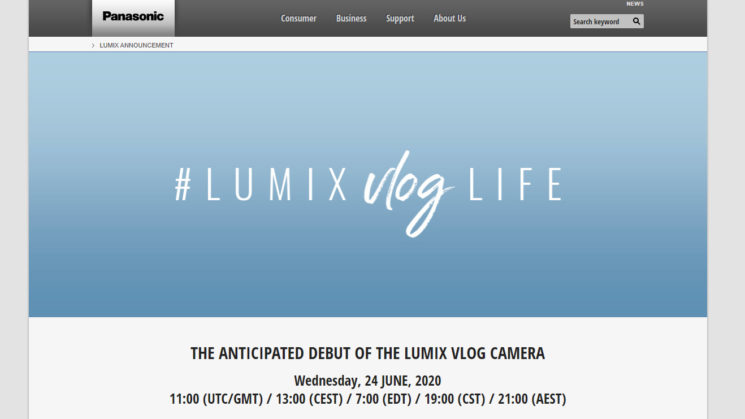 Well, Panasonic has a new announcement page ready for debuting what is expected to be the Panasonic G100 – a camera aimed squarely at vloggers. Whether or not the announcement page will have a live stream or simply a promotional video to coincide with the official announcement is currently unknown, but I guess we’ll find out tomorrow.

What is quite interesting, though, is that 43Rumors is reporting that the Panasonic G100 will actually let you shoot vertical videos for things like Instagram Stories and TikTok. Yes, I know you can hold any camera at 90 degrees and shoot video, but this one actually rotates the orientation of the footage so that it’s actually vertical in the file.

This will be the second camera targeted specifically towards vloggers after the recent release of the Sony ZV-1, which comes in at $749 (or $849 with the accessory kit). The Panasonic G100 is expected to be $749 including the 12-32mm kit lens – which actually isn’t terrible. Sure, f/3.5-5.6 isn’t as bright as the Sony’s f/1.8-2.8, but for vlogging outdoors, do you really need it to be that wide?

The 20-megapixel sensor is not unexpected. It’s possible that it’ll be the same one found in the Panasonic G90 or perhaps a newer revision of it. The question will be, however, does it have a similar 1.26x crop to the G90? The 1.26x crop on the G90 essentially means it has a 2.52x crop overall compared to full-frame. So, you’d need an 8mm lens to get something equivalent to a full-frame 24mm lens field of view – which is the ideal for most people when shooting vlogs. But, perhaps they’re going to make a camera that can utilise the entire sensor, scaling it down to 4K for output?

4K30p is a little disappointing. I would’ve hoped for 60p. While I personally only use 60fps for slow motion, but 60fps does seem to be becoming a lot more popular lately for vloggers. There’s no word yet on the frame rates it will do at 1080p, but if 4K is capped at 30fps, I think we can probably expect 1080p to be capped at 60fps.

The “middle of the camera” EVF… I’m guessing they mean it’ll be on the middle of the top, and not slap bang in the middle of the LCD. That would just be awkward. Although I’m not sure why a camera designed for vlogging really needs an EVF at all, especially if it’s expected to have a flippy out LCD like the Panasonic G80 and G90 – although it may not be like the G80 and G90 at all. 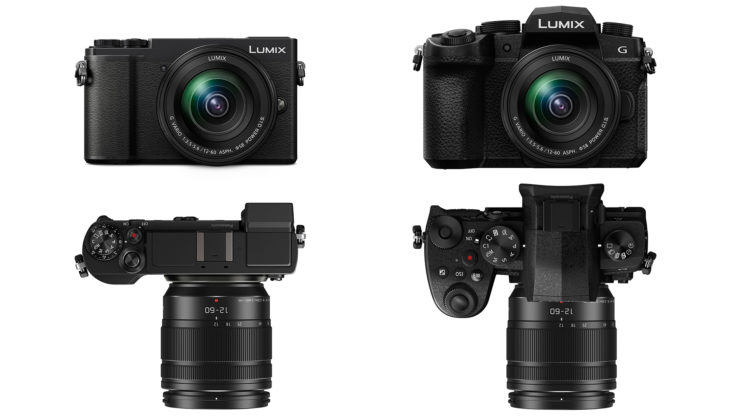 The size comparison mentioned seems a little odd to me, too. Why give a G camera a GX form factor? I use the G80 for vlogging and the form factor’s fantastic. The GX80 is definitely smaller, lighter and easier to wield handheld, but why not save that form factor for a theoretical GX100 that could also be aimed at vloggers, but with a flippy out LCD instead of flippy up?

Still, as a recent Panasonic adopter who’s still planning to pick up one or two more, I’m looking forward to hearing the announcement tomorrow to see what the G100 has to offer over the previous models.