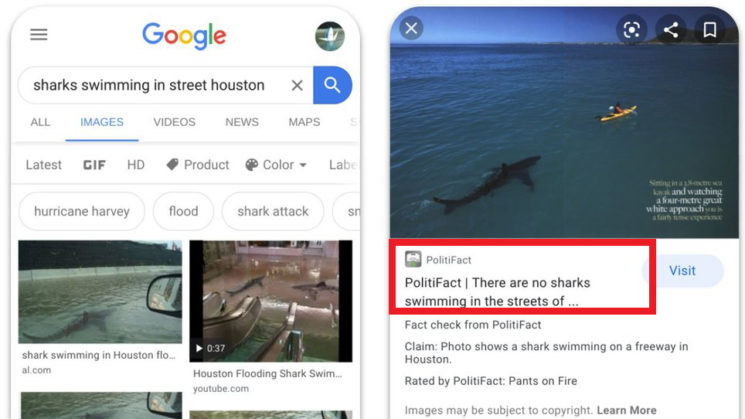 The speed of information flow on the Internet is a double-edged sword. While it lets us get informed about anything in no time, it also helps fake news spread like wildfire. This is why Google has joined the battle against doctored images. From now on, Google will fact check all the images you search and let you know if they’re fake.

Harris Cohen of Google announced the feature on the company’s blog, explaining how it works. Basically, every search within Google Images will give you a “Fact Check” label under the thumbnail image results. Tap on one of the resulting photos to view its larger version, and you’ll see a blurb from a verified source that debunks the image if it’s fake. Cohen notes that the labels work both for articles about specific images and articles that include these images in the story. Google relies on “independent, authoritative sources” for the fact check labels. They rely on ClaimReview, the same method YouTube uses to debunk fake videos. 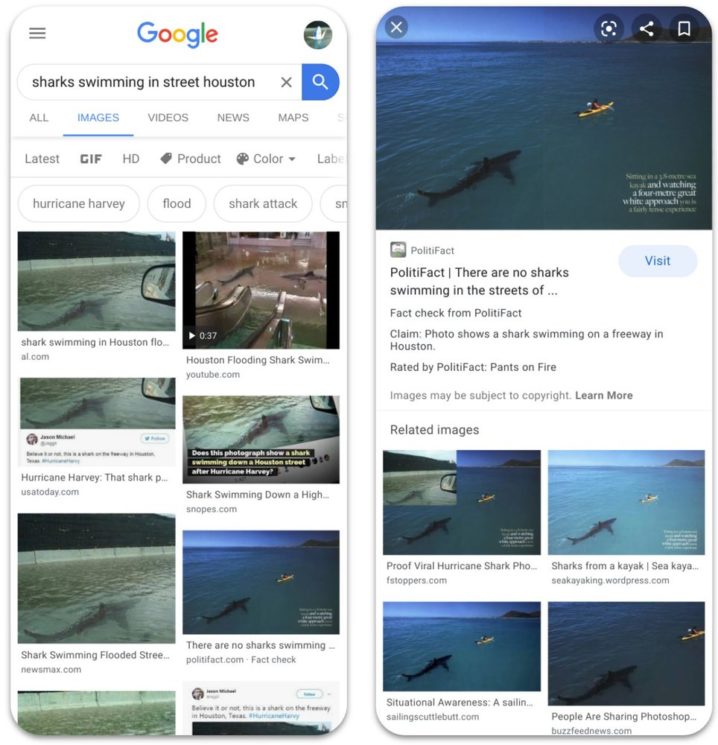 Other than YouTube and now Google, Twitter, and Instagram are also making their efforts to label fake photos and videos. They don’t always do the perfect job though, but that doesn’t mean that we don’t need tools like this.

I feel that fake news and photos spread faster than genuine ones. It’s probably because they often cause an emotional response and we don’t think them through before sharing. Just remember that viral story about dolphins in Venice that appeared when the coronavirus hit us hard. That’s just one tiny example in the flood of way more serious, even harmful, fake news. This is why I think we need native fact-checkers when searching for images or scrolling through social media feeds. Sometimes emotions prevent us from thinking critically, so in those situations, apps can do it for us.

This microbiologist can spot your fake images