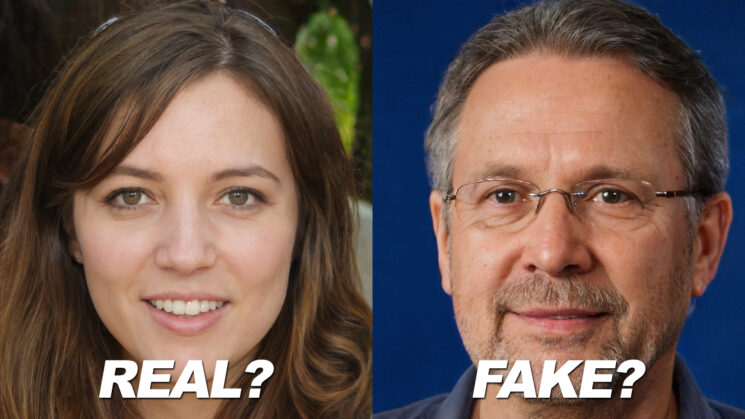 With the rise in AI-generated imagery lately, creating fake images, even very realistic looking human faces is become more widespread and readily available than ever – especially thanks to services like This Person Does Not Exist – which uses NVIDIA tech that we’ve featured here before. To our eyes, it’s often almost impossible to tell what’s real and what’s not anymore.

But a new Chrome extension from V7 Labs wants to take the guesswork out of figuring out which faces on the web are fake and which are legit, and it does it with a claimed 99.28% accuracy. It’s designed to help rid us of misleading content and fake profiles for people who simply do not exist in the real world, as V7 Labs founder Alberto Rizzoli explains in a video published to Loom.

A second video, below, demonstrates some examples of photos detected in the software as both genuine and fake. And no, there’s nothing wrong with your audio, leave your volume control alone. The video is completely without sound, so it’s not you.

At the moment, this extension only works on NVIDIA GAN generated images, such as those from This Person Does Not Exist, and while the whole idea might seem a little over the top, Rizzoli told PetaPixel that “this Chrome Extension will help the authorities (and regular people) spot and report profiles spreading fake news and creating informational chaos”, and cited an example of a Twitter account it detected that uses an AI-generated face to spread false information about the war in Ukraine.

That’s a bit of an extreme case, but more commonplace examples for us mere mortals includes things like fake profiles on Facebook attempting to sell things on the marketplace that they don’t own (scam incidents are on the rise!), fake profiles on LinkedIn, fake testimonials for companies wanting to instill a sense of confidence in their potential victims.

There are countless other examples in our everyday life these days where people pretend to be somebody they’re not in order to try to gain some kind of financial or other benefit from us. Extensions like these will help us to protect ourselves against them.

To find out more about the Fake Profile Detector extension, which can download completely free, head on over to the Chrome Web Store.