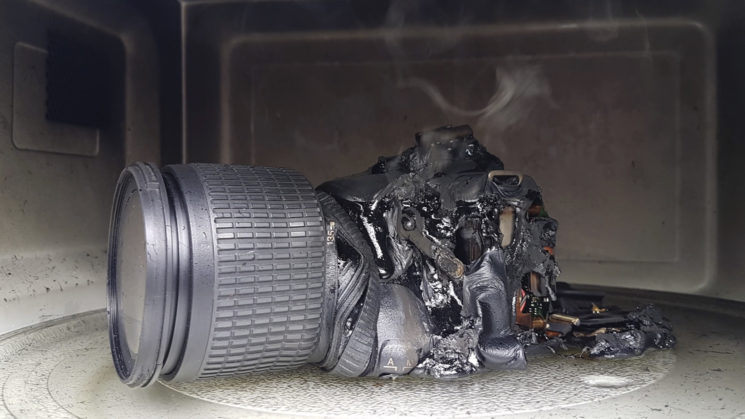 I have to admit, “What happens when you microwave a DSLR?” wasn’t a question that ever really entered my head. But when I heard of this video from Daytripper Photo, I had to know the answer. Even though I felt pretty sure I knew what the answer would be. It turned out that my guess was correct. Yes, that’s right, it melts. It turns into a black gooey molten puddle of plastic. But it’s still fun to watch.

The video begins by preparing the microwave, which involves taking a sledgehammer to the glass on front. It makes for easier viewing inside while it’s running. At least, that’s what he said. In reality, it didn’t seem to make much of a difference. Needless to say, you probably shouldn’t try this at home.

With the Nikon D60’s battery removed and an 18-135mm lens attached, the microwave was first run for five minutes. It resulted in a little smoke coming from the microwave, and not much else, really. Until they opened the door and saw this. Just looking a little bit droopy in areas where there isn’t much support, such as the pentamirror and the grip where the big hole is for the battery. 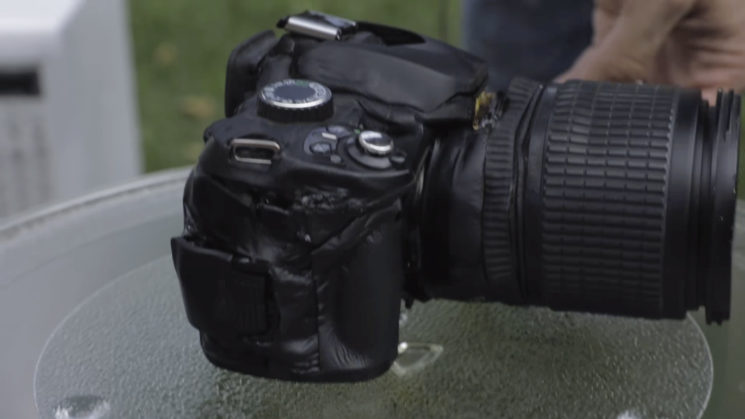 After another five minutes, it was a different story. The microwave billowed smoke upon being opened. 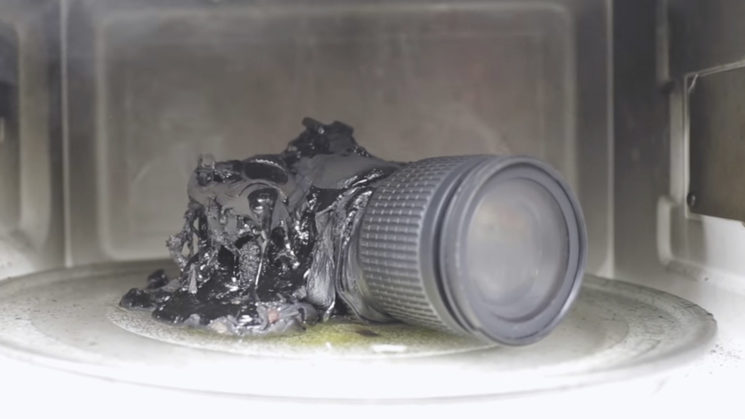 But this just wasn’t enough carnage. Oh, no. So, they let the microwave run for a third time. I think it’s safe to say it was cooked. 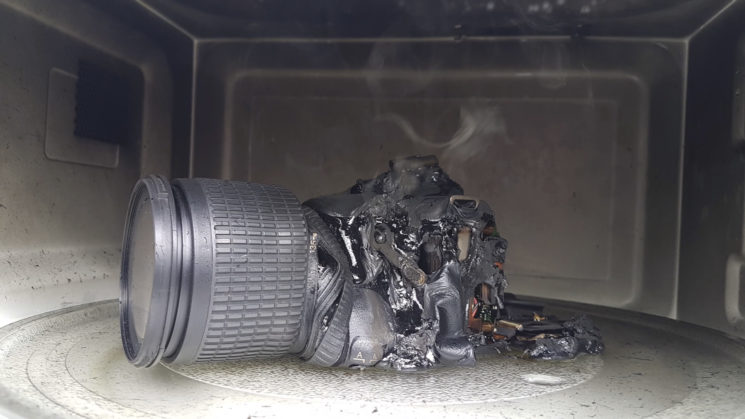 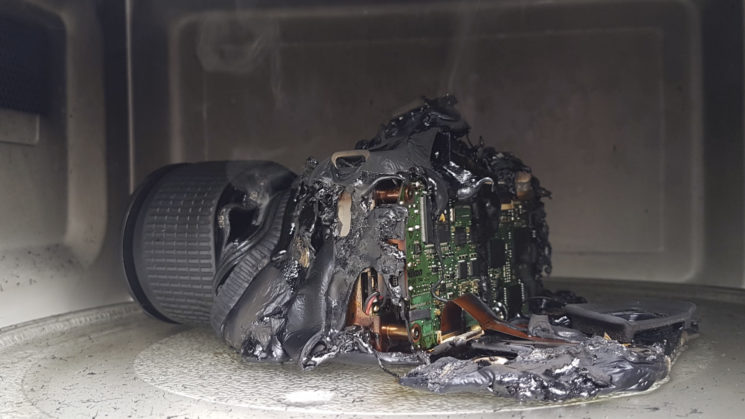 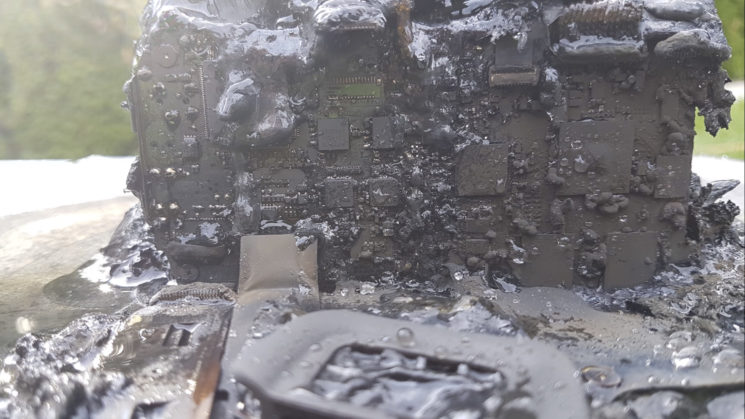 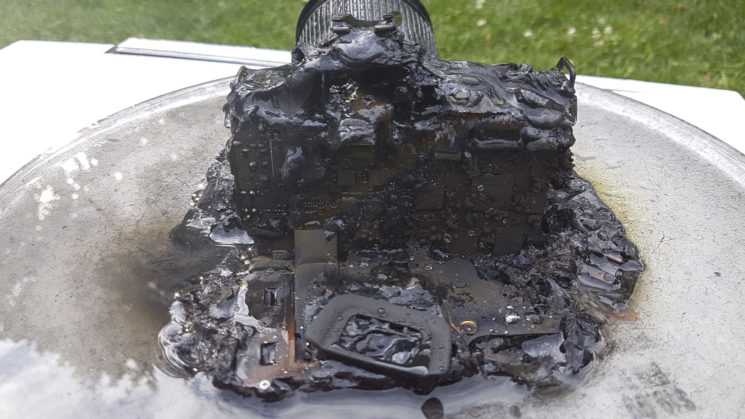 As a primarily Nikon shooter, I was a little sad to see this D60’s fate. But it did die an honourable death in the name of  gratuitous entertainment.

I think he’s voided that microwave’s warranty, though.

« The Godox XPro trigger is coming to Fuji in January (sorry Sony shooters!)
New GorillaPod “octopus” lets you mount all you need for “pro smartphone videos” »