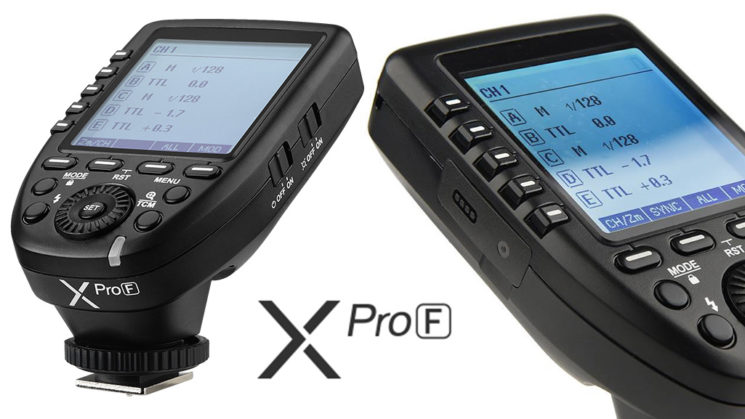 Well, this might upset some Sony shooters, but it looks like Fuji are going to be getting the Godox XPro trigger next. It’s quite surprising as we were all led to believe that the Sony would be the first to arrive in the new year. Like the Nikon and Canon versions, the XPro will work with all 2.4Ghz Godox lights.

The Godox XPro-F offers varying degrees of body compatibility depending on the specific model of Fuji you own.

If you’re using one of the current generation bodies like the X-Pro2, X-T20, X-T2 or even the X-T1, you’ll get full compatibility with everything. As will medium format Fuji GFX 50s shooters. The X-Pro1, X-T10, X-E1 and X-A3 get TTL, but no rear curtain sync or high speed sync. The X100F and X100T get TTL and rear curtain sync, but no HSS. The two latter groups also get no AF assist beam.

I’ve been using both the Nikon and Canon versions of the XPro for a few months now, and they really are a massive improvement over the X1T. The X1T hasn’t been used at all since getting them. It just sits in my bag, sad and lonely, waiting for the day it’s called back into battle (which will likely never happen). You can read some of our thoughts on the XPro trigger here.

The Godox XPro-F for Fuji is available to pre-order now from either B&H or Amazon, with a release date set for January 22nd, 2018. The price is the same as the XPro-N for Nikon and XPro-C for Canon at $69, and you can find out more on the Godox website.

« Instagram now shows you “recommended posts” from people you don’t follow
Yes, microwaving a DSLR causes it to melt into a horrible mess »