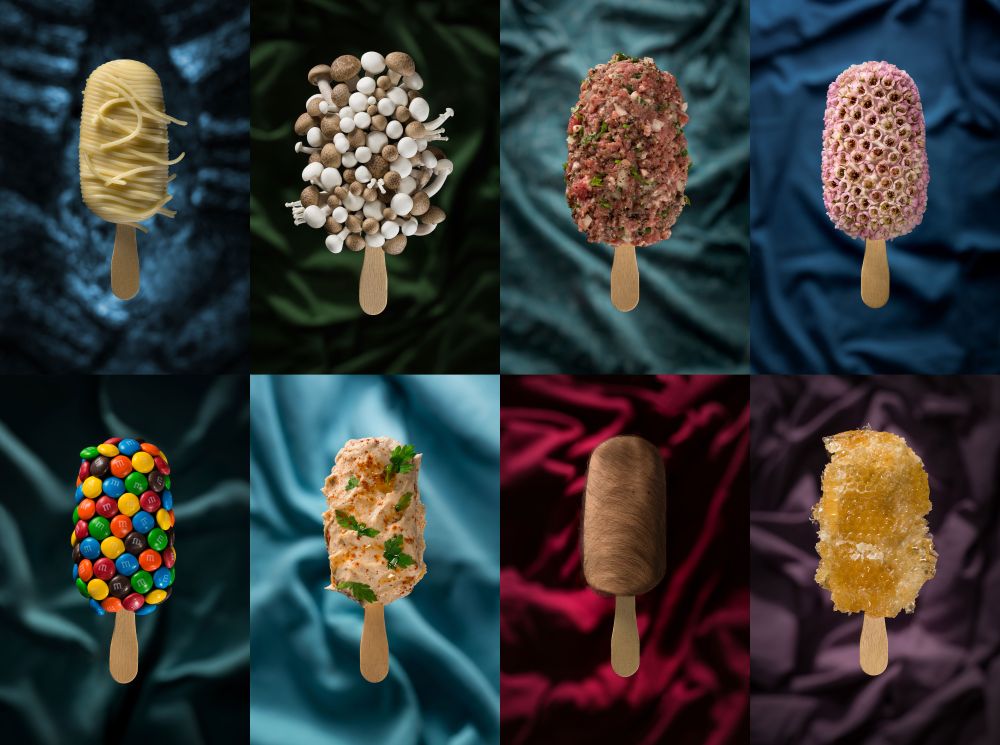 Right now, summer is a blaze here with temperatures reaching up to 43 centigrade. And when it’s hot, everyone wants a popsicle. Food photographer Benny Gam Zo Letova decided to see how far he can push the popsicle concept, and I must say, he pushed it quite far. We asked Benny to share some of his motivations and insights on the project.

Here is the question  Benny wanted to answer: is everything with a stick in it is considered ice cream? 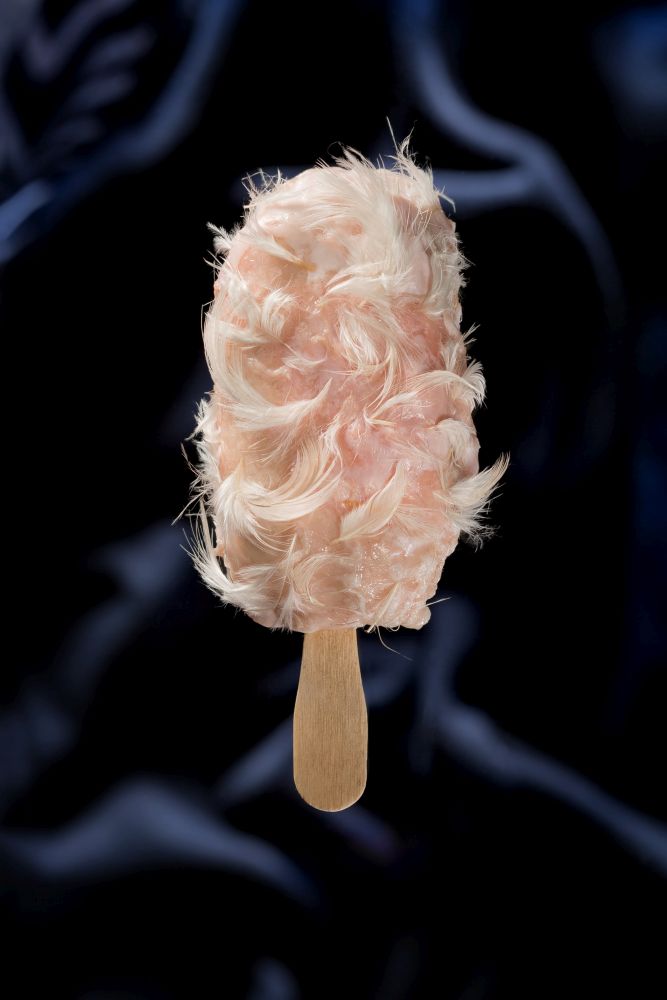 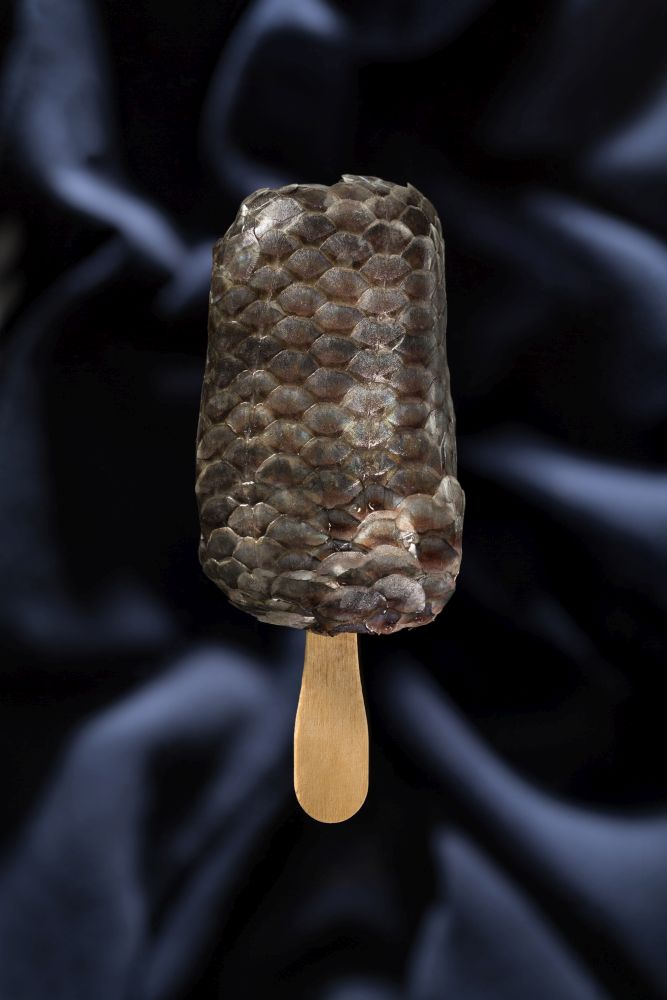 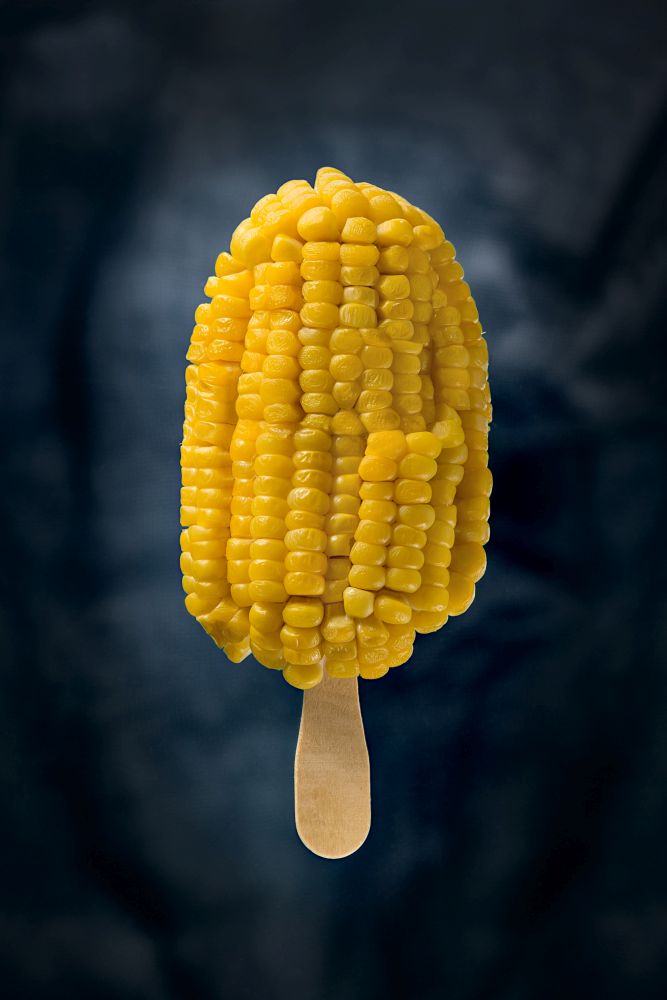 Benny tells DIYP where he got the idea for his project:

The idea was conceived one day as I was browsing the newspaper’s food section and saw what I thought was a popsicle made of ground beef. On second look I realized it was just granola on a stick.

But in my line of work as a food photographer I’ve learned that not every mistake I make should be forgotten or dismissed as merely a mistake, but rather try and continue on taking a different path – more interesting, more original, remembering that many important inventions came to this world by mistake (and where would we be today without penicillin?).

I realized that a popsicle made of ground beef can be really cool, at least visually. I doubt the taste. And so I decided I wanted to create a photo of such a popsicle. 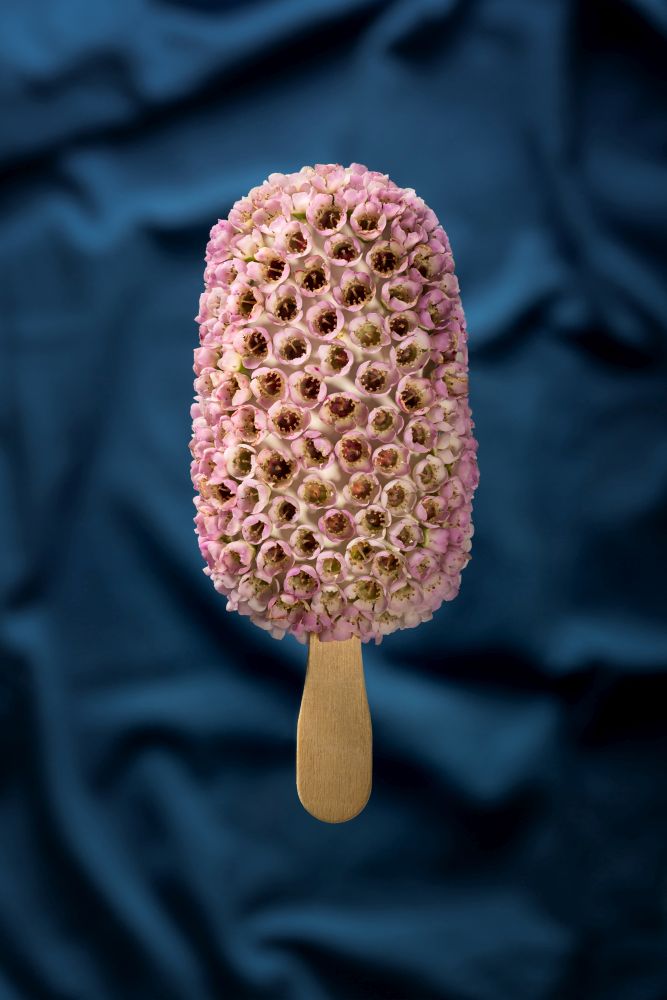 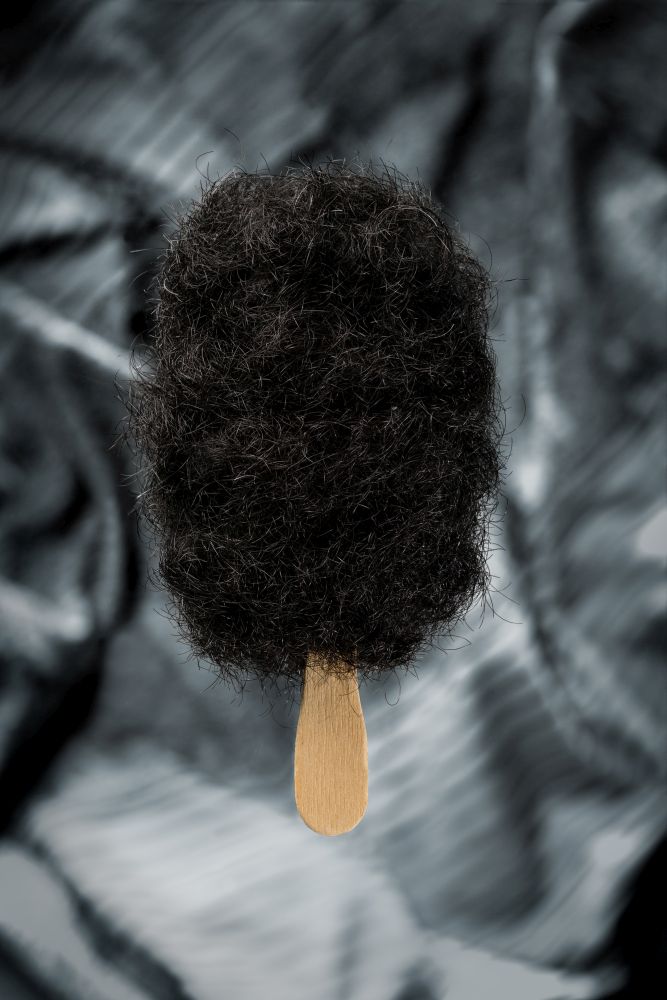 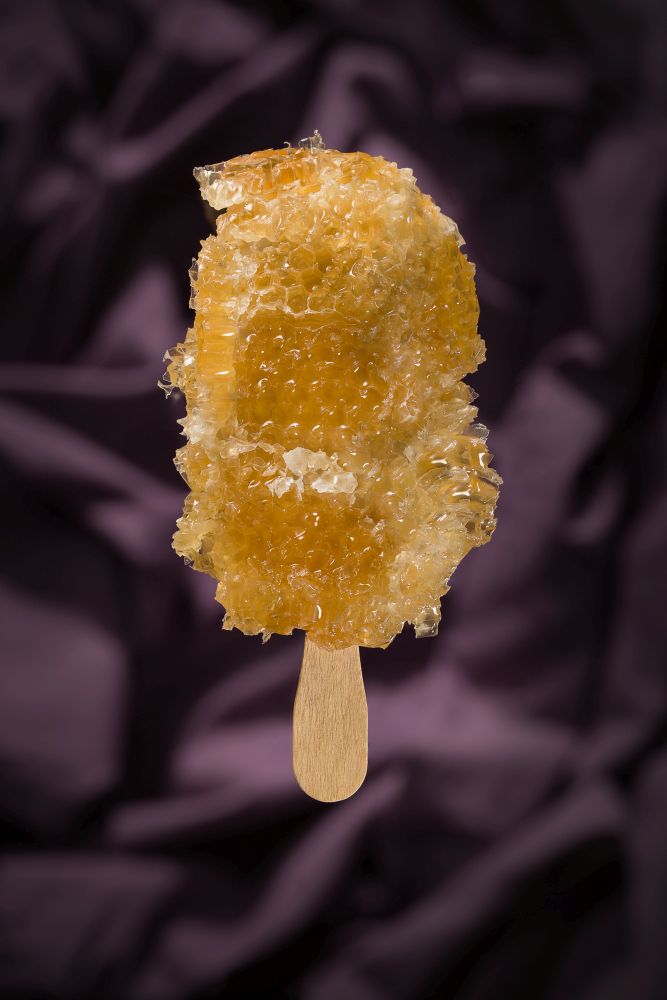 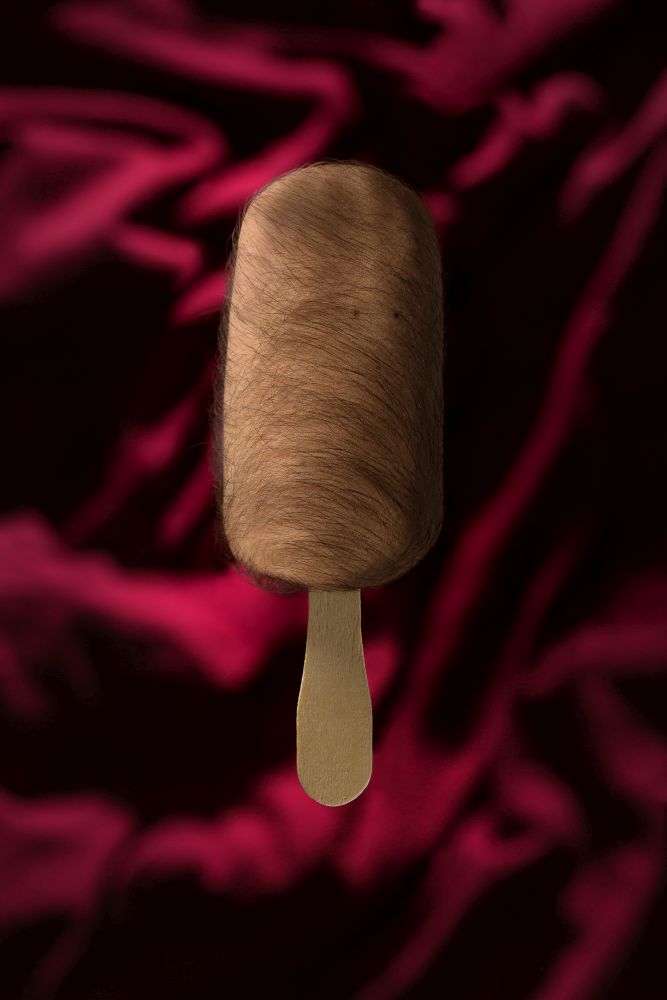 After giving it some thought I figured the idea had the potential of becoming an interesting project, and decided to start looking for other interesting ideas for popsicles that were never made or thought of.

I knew my favorite ice cream was “Magnum”, so I decided that the base mold of my ice creams would be the Magnum.

I bought a silicone mold for creating popsicles, and with it made plaster molds in the shape of Magnums, with a Magnum stick.

It took me about a month to think of original, quirky, interesting and even appetizing ideas, and of course thinking of a way to carry out these ideas.

And so the idea took shape. On the first day of shooting, I started making each ice cream by hand, and was very pleased with the result.

Each ice cream took over an hour to make, by delicate handwork and a lot of super glue. After the preparation came the shooting. 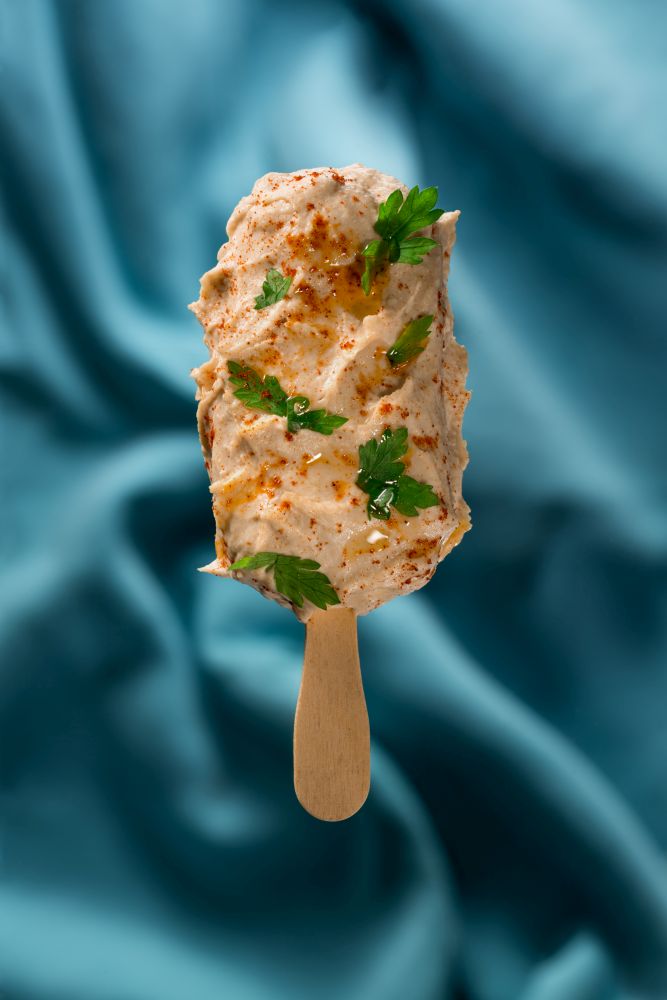 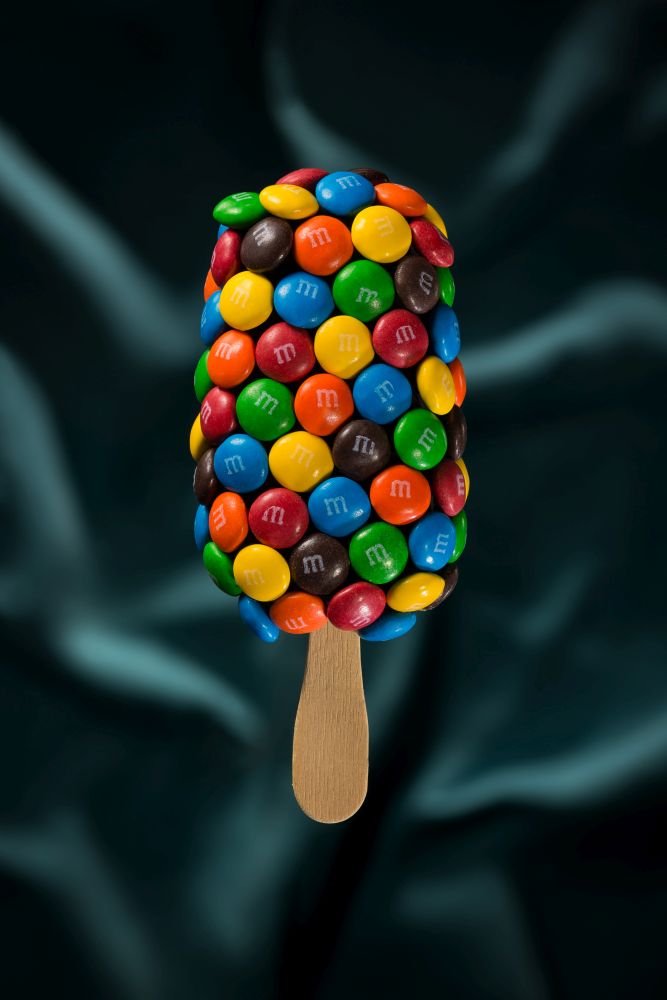 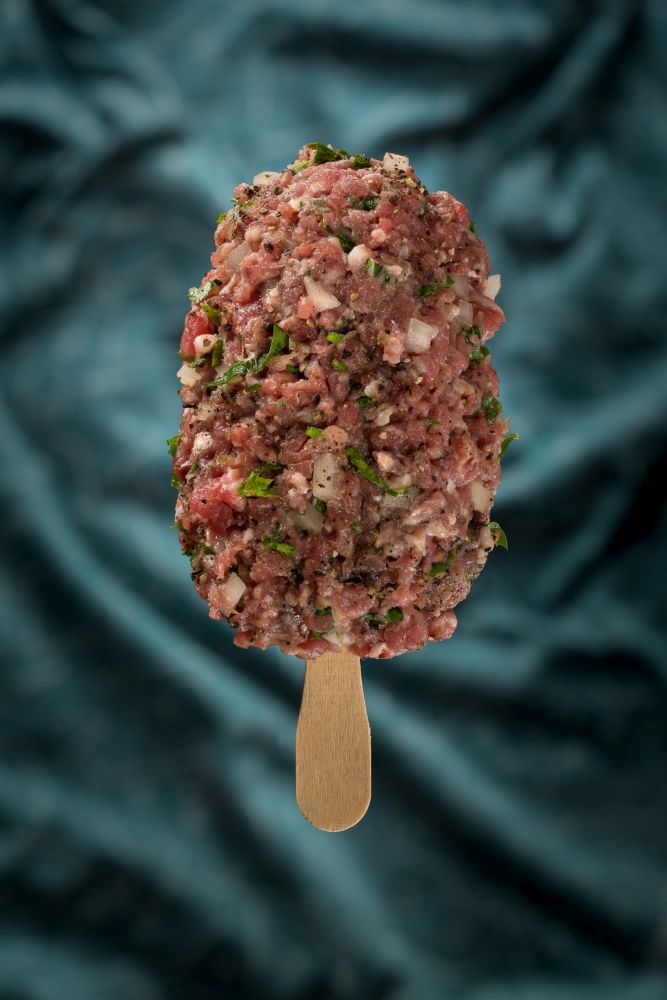 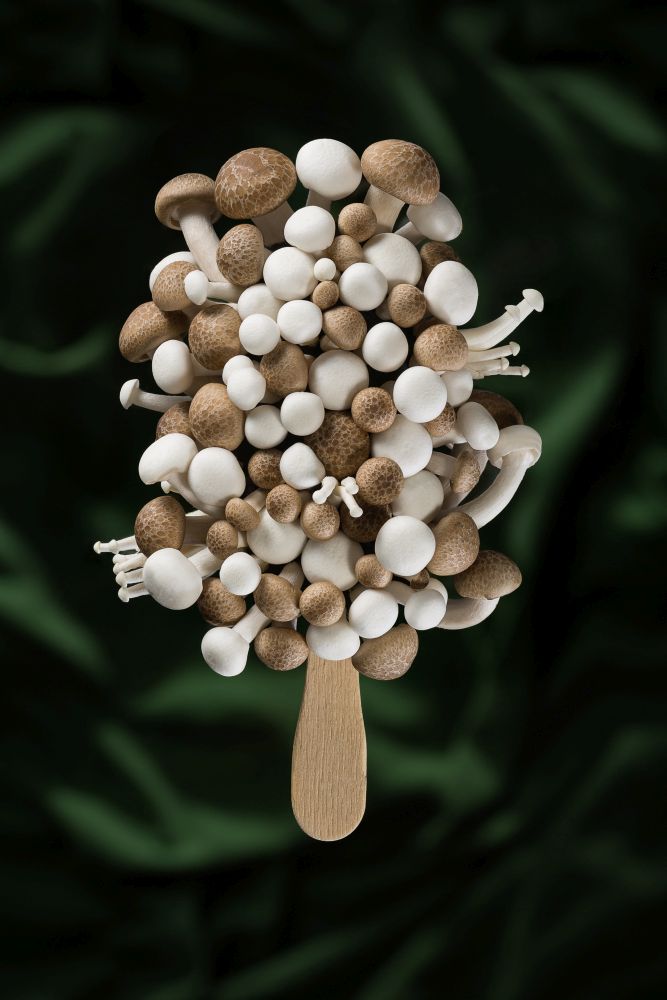 On a shooting day of more than seven exhausting hours I saw the direction I was good and interesting, and ideas started popping. Ideas that later became additional shooting days.

All the ice creams were shot on glass at a 90-degree angle, and 60cm below it I placed fabrics to create a background in different colors and textured.

All the ice cream were shot under the same lighting, using flashes from the sides to avoid any reflection for the glass.

In addition, I used Photoshop in order to attach parts of the ice cream that I was unable to attach using glue, and to create a cleaner image. 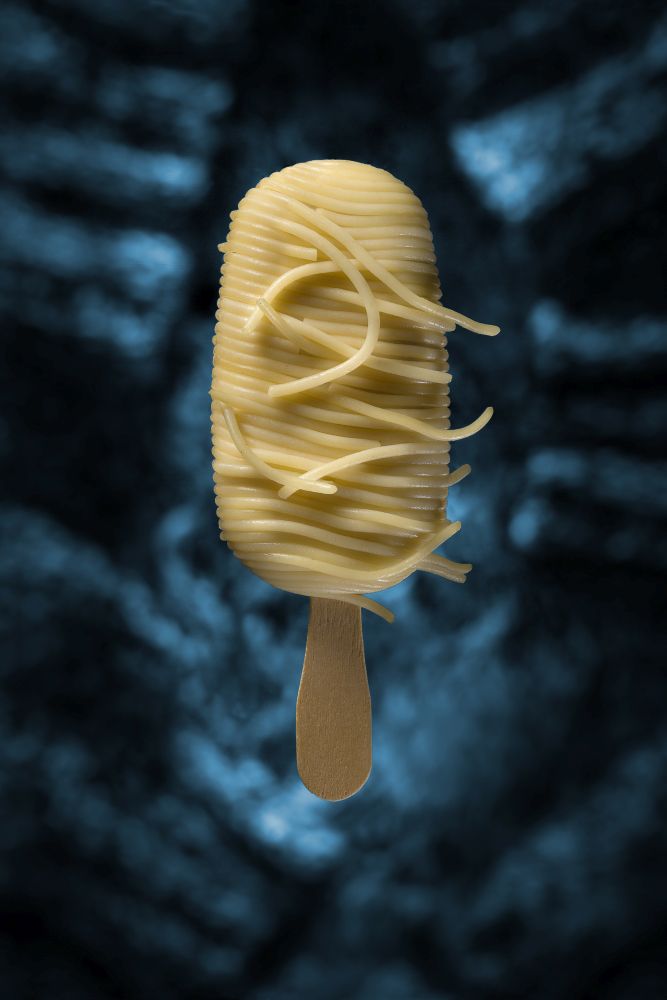 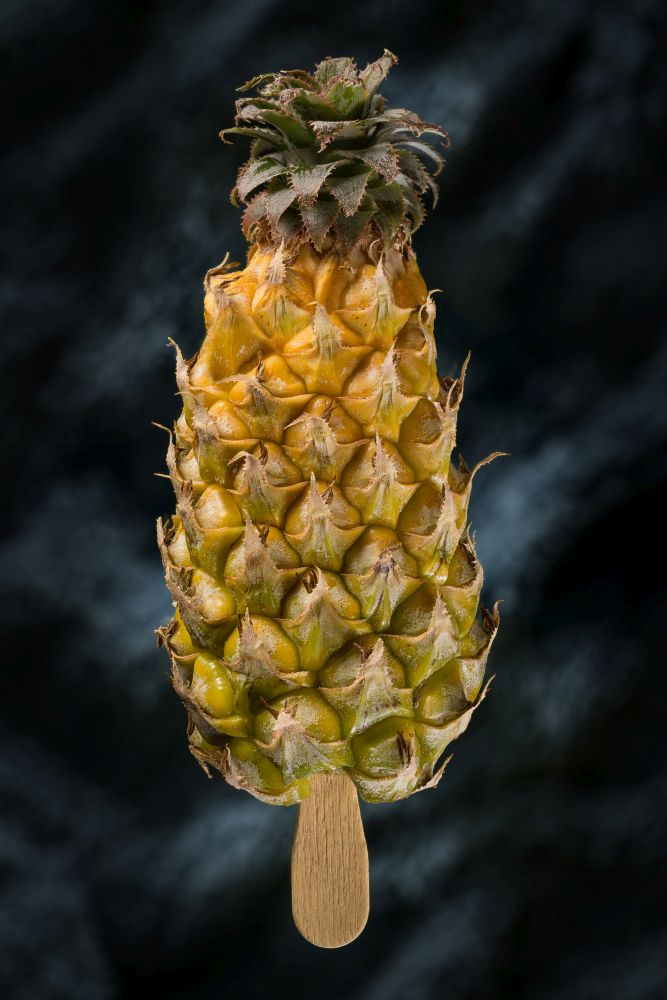 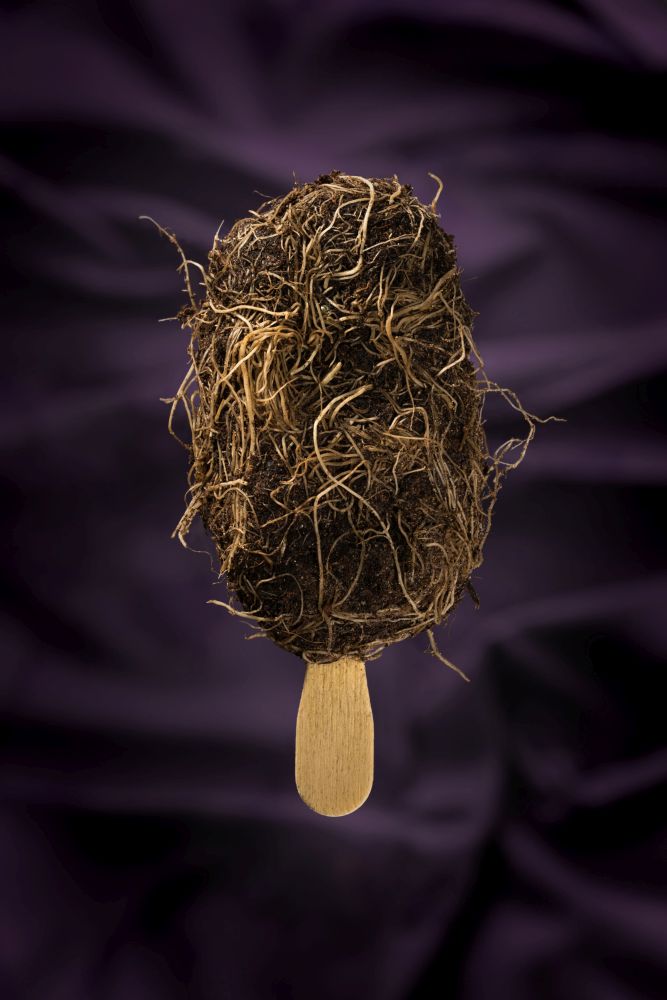 Here is the creation process step by step: 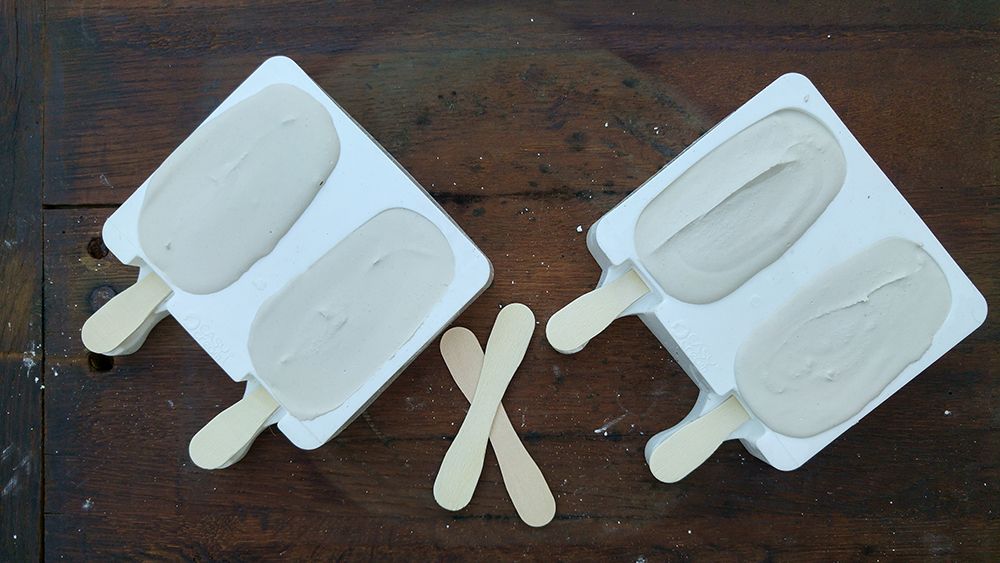 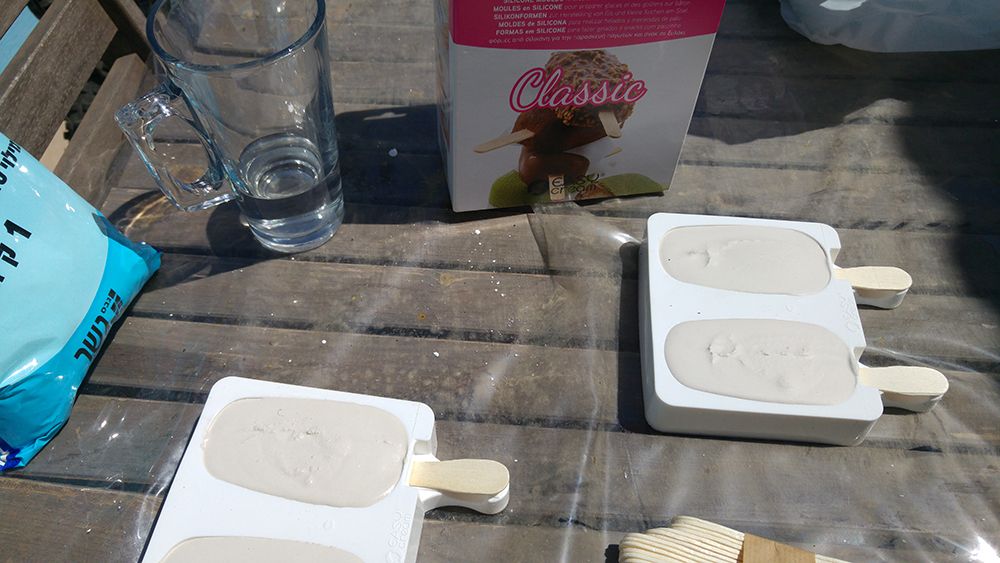 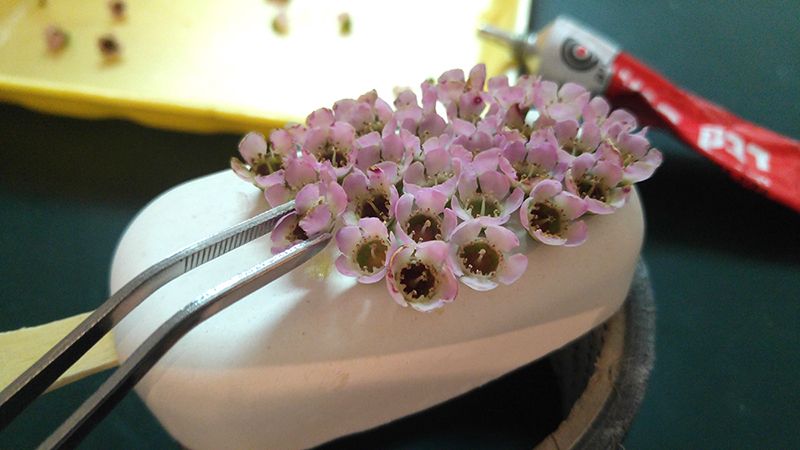 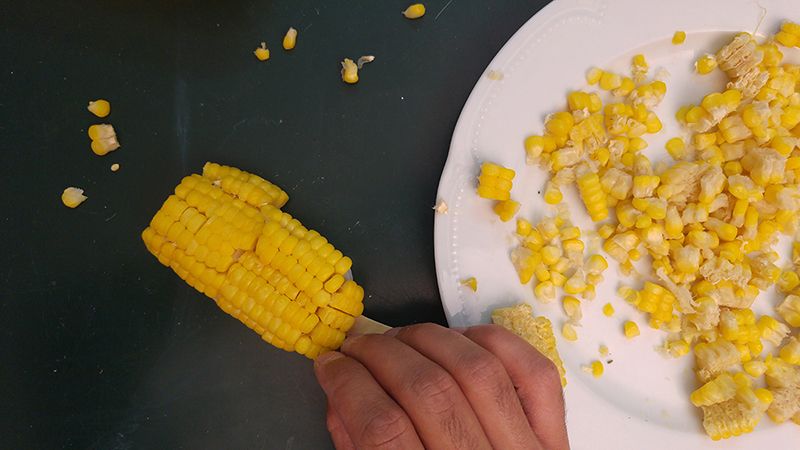 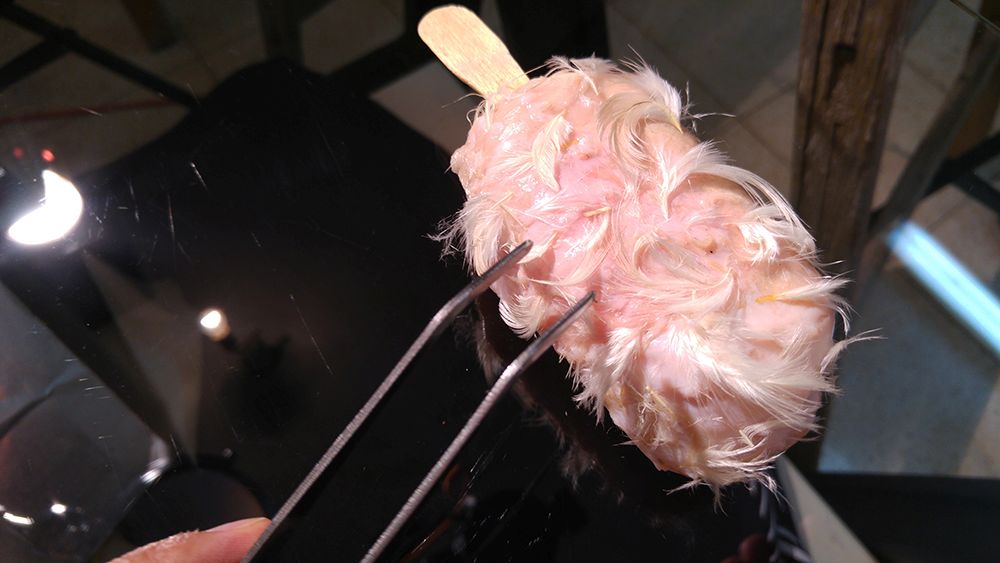 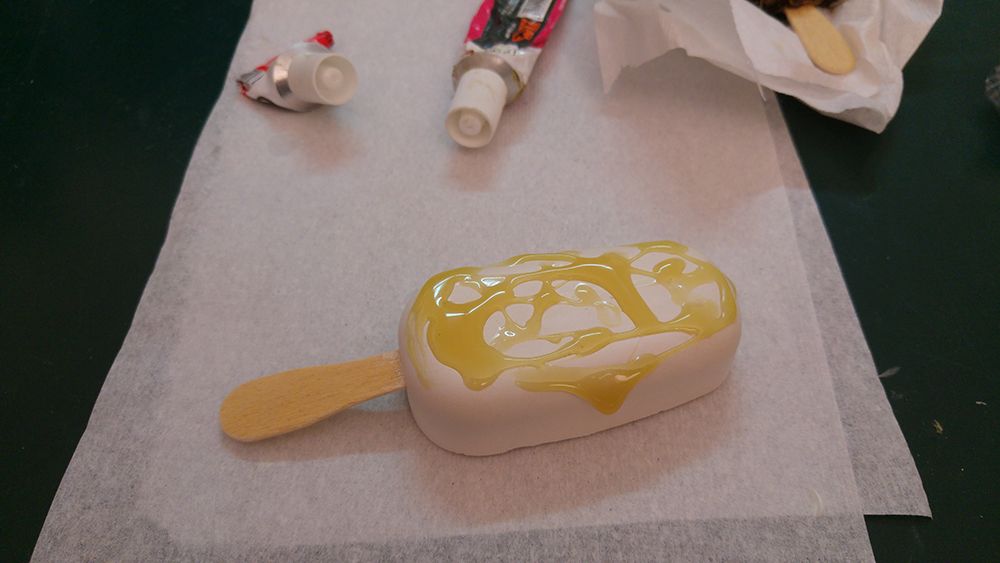 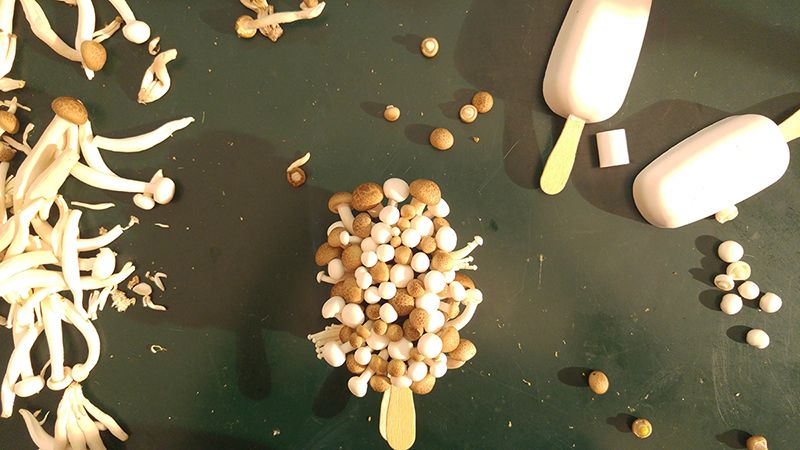 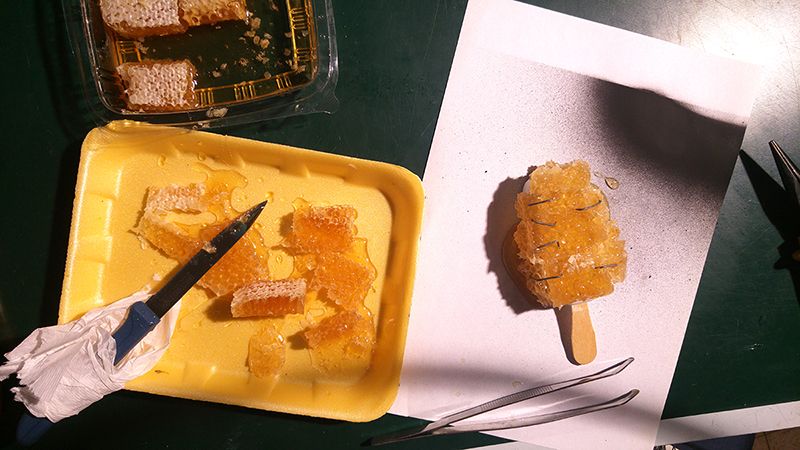 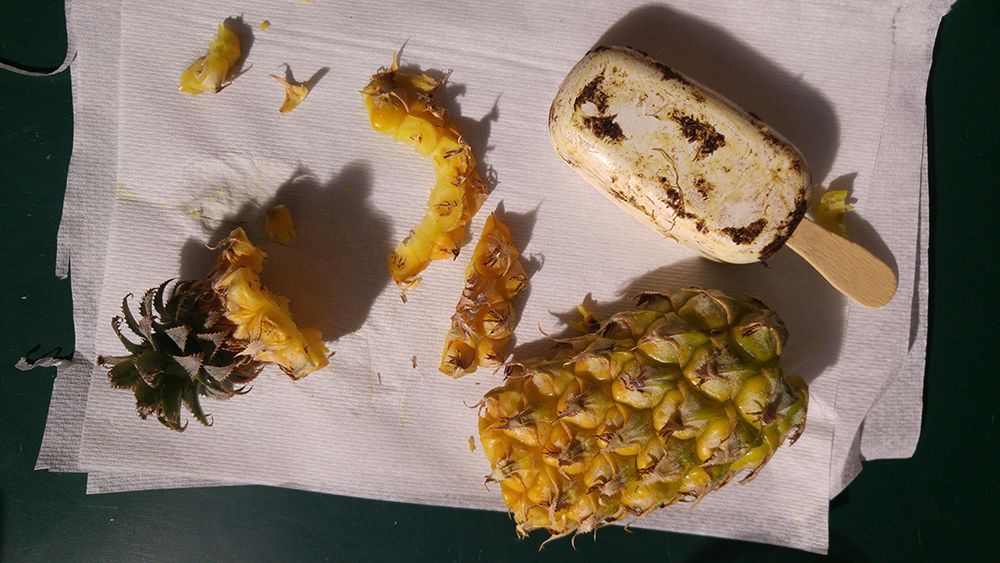 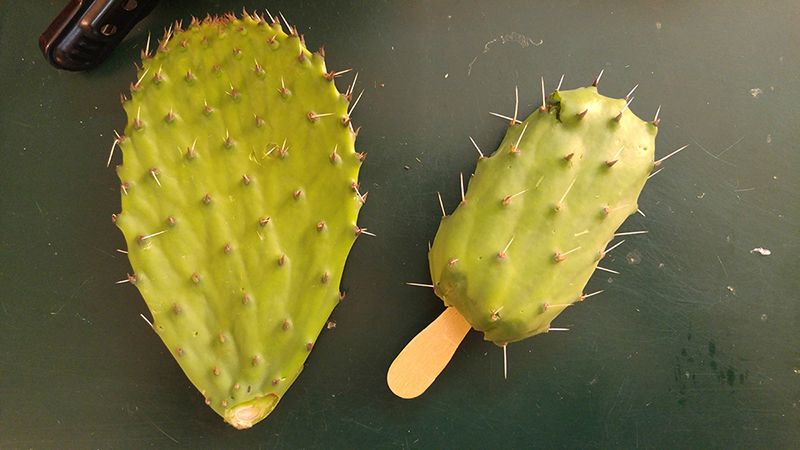 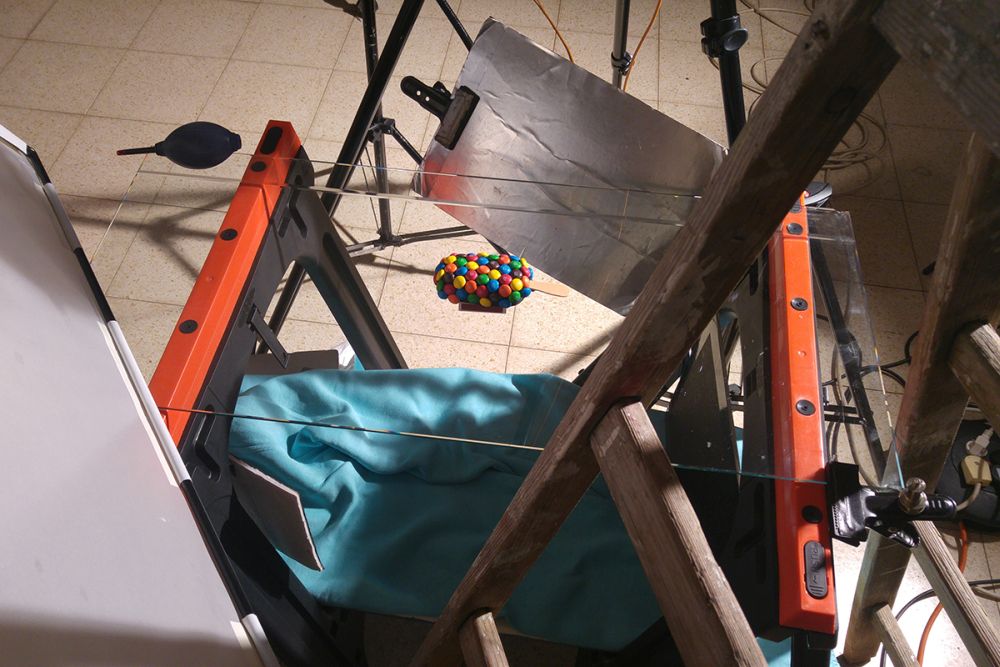 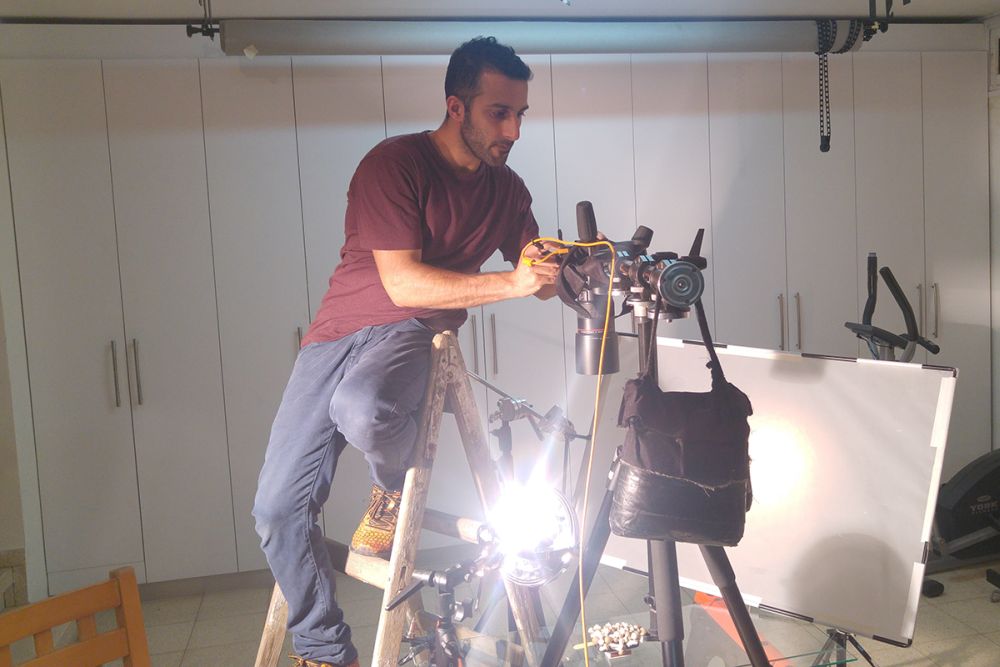 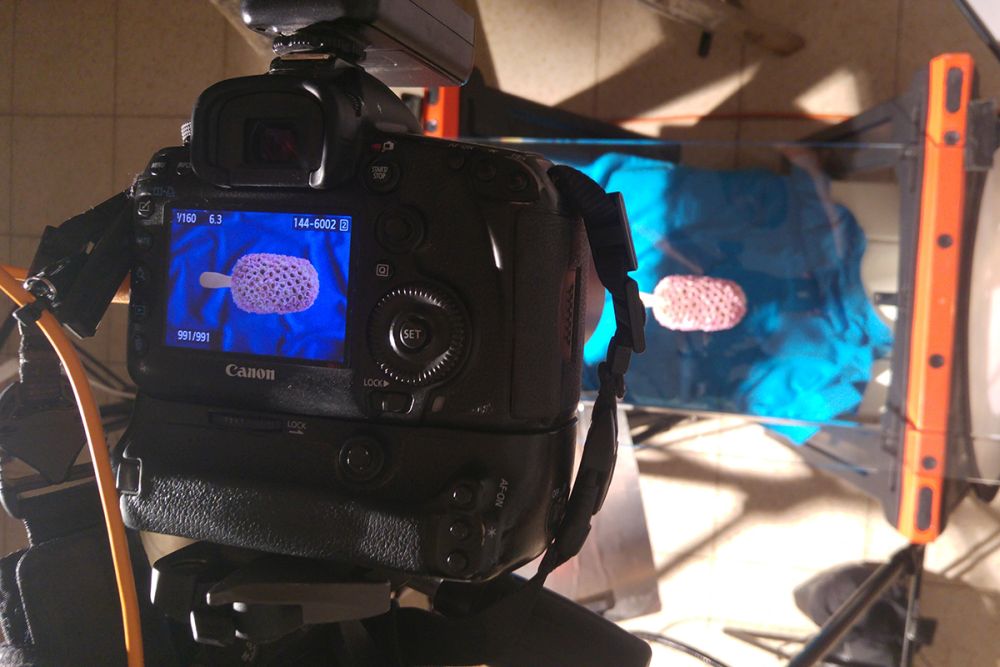 Yes, microwaving a DSLR causes it to melt into a horrible mess