I’ve been wanting a tattoo for a long time. But not just any tattoo. I’ve been wanting the perfect tattoo. A killer design from an amazing artist that showcases my love for my family and my passion for photography. As is the case when trying to come up with the perfect anything, however, it takes time. Or maybe I’m just stalling? In either case, it was while scouring Google Images recently for ideas and inspiration that I stumbled across the blog of Pulitzer Prize-winning photo editor and consultant Stella Kramer. 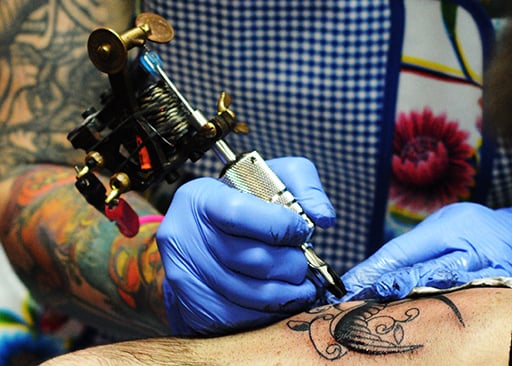 I know– kind of a weird convergence. This past summer, Stella put out a call to her friends, Facebook and Twitter followers, asking inked photographers to submit photos of their photography-related tattoos for a blog post. As you would expect from such a creative group of people, the submissions spanned from the very simple and basic, to the incredibly detailed and elaborate.

Stella, who is not (nor has she ever been) a photographer– professional or otherwise– has worked as a photo editor for some of the most influential and recognizable news and feature publications in circulation. Getting her start at Vanity Fair, she’s had a hand in guiding the photography departments of some of New York publishing’s biggest names– The New York Times, Newsweek, People, Sports Illustrated, and Entertainment Weekly to name a few. She is also a 2002 Pulitzer Prize winner in both the Public Service and Breaking News categories for her part in The New York Times coverage of the 9/11 attacks. 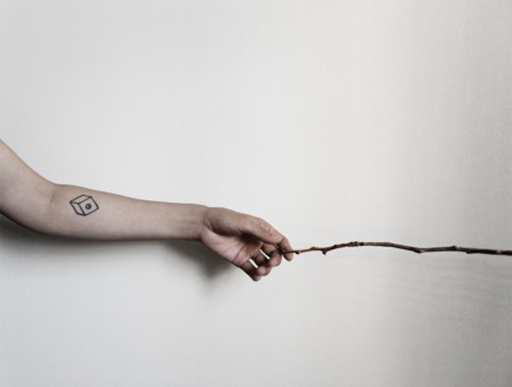 The idea of working with a photo editor has been bouncing around in my head for a while. Like most photographers, I tend to get very emotional about my work– particularly when it comes to the personal stuff. Although I have a much easier time looking at my work objectively when a client has paid for it, there is still an emotional aspect to the work that we create.

And that, my friends, is our biggest problem.

I wrote an article for another publication a while back about thinking more like a photo editor and less like a photographer. In it, I discussed the importance of taking the 438 images you just downloaded from your shoot and being able to objectively and critically edit them down, not only to the best, but to the very best of the best. I talked about not giving the client ten nearly identical shots when two or three will more than suffice, especially when the only differences were varying degrees of tilt (or some other minor detail). It’s an important talent to have, but one that not many photographers ever fully develop, or even stop to think about.

The bigger hurdle arises, though, when we basically become our own clients. Knowing what to put into our own portfolios and in what order. Having a strong sense of what belongs on our websites and galleries and what doesn’t. What’s going to attract more clients and what’s going to drive them away. These are the times when I give serious thought to what a photo editor brings to the table.

So, that weird convergence I mentioned? Tats, editors, self-promotion and expression? I had lots of questions. I got in touch with Stella, and she was kind enough to sit down and offer some A’s to a few of my Q’s. 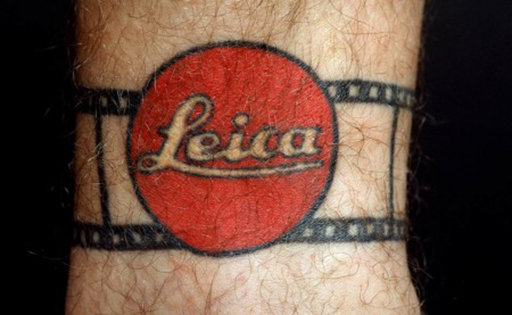 Can you give me a little bit of your background that’s not in the official bio?  I did not come up the way most did when I began. I was not (am not) a photographer. I hadn’t worked at a photo agency or anything like that. I literally fell into the work by being sent by a temp agency into the photo department of Vanity Fair. I thought I was going to be a reporter, but I was kicking around New York not doing very well. It never occurred to me that there would be a special department for photos at a magazine.

Do you think being a photo editor is easier/harder when you’re not a photographer?  For me, it’s that I have other skills. I don’t get hung up on equipment. Any work I edit is someone else’s so I would never have to separate myself emotionally.

As a former journalist many moons ago at NBC News, I absolutely have to be a journalism nerd and ask– what’s it like winning a Pulitzer?  I would have been happy for it to not have happened, since they were both related to Sept. 11. I never in my wildest dreams thought of it as a possibility. I am grateful to The New York Times for including me, since that was a very rare experience for a freelance photo editor.

But you know, it’s not something that has resonance anymore. It has meaning to some who’ve been in the business a long time. It doesn’t have the cache it used to have. After all, photographer John H. White, a Pulitzer Prize winner, was dropped at the Chicago Sun-Times.  How much is a Pulitzer worth if the Sun-Times kicked a Pulitzer winner to the curb? It has deep personal meaning. That’s what’s important.

“Photographers and Their Tattoos”– Was this an on-going project, or a one-time blog post?  It was a one-off. I was looking for some kind of end-of-summer fun.

Tattoos are much more mainstream than they used to be, but what do you think the deal is with photographers and tats?  Well, that’s kind of what I was thinking about. So many photographers I know (so many) have tats. So, I wondered, were they like foodies who get tattoos of utensils, vegetables, and the like? Funny enough, no. Several photographers I know who are covered in tats had no photography-related ink. I don’t really understand why. If tattoos reflect important aspects of your life, then… 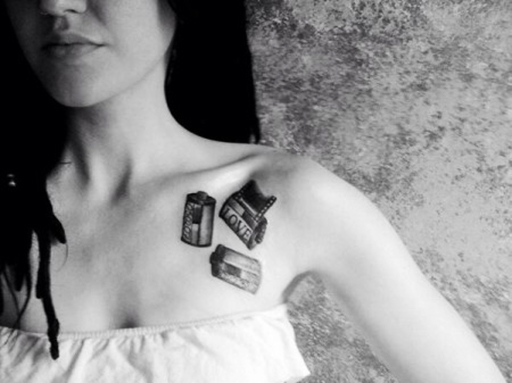 When it comes to photography, you’re pretty much only working with private clients now. That’s got to be a much slower pace. How do the two compare?  I think there’s this up and down with how the public views photography. In this day and age, most [non-photography] people think it’s not that hard. Ask a group of people if they can draw, and 99% will say no. Ask the same group of they can take photos and 100% will say yes. The immediacy created in photography these days means that people who care can be replaced with people who have no appreciation for the history or the craft. Nobody cares about that shit anymore. It’s sad.

What’s your biggest asset as a photo editor?  As an editor, I have clarity. I’m not close to the work. The first thing I look at in a photographer’s work– Does it have a voice? Photographers have a tendency to put everything they have up on their website. They approach it from their own POV, rather than that of their prospective audience.

So, what’s the biggest trap for a photographer?  Photographers think they are self-contained and they aren’t. They think that just because they are good with a camera, they are also good with all of the other things that go into running a successful photography business. They have to see it as a business and not just a creative endeavor. Why do it alone if you don’t have to? 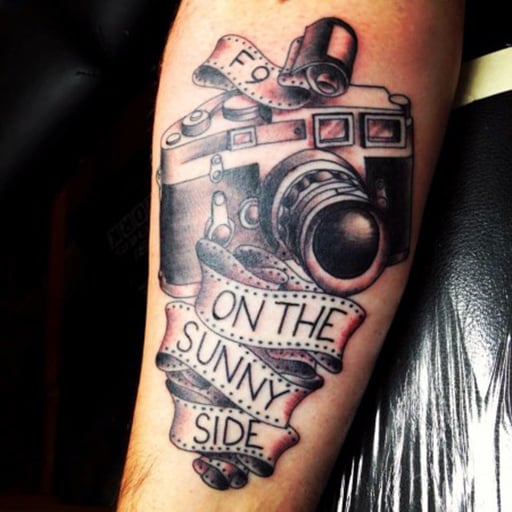 How do we get past that?  Here’s the thing– photographers are looking for someone to tell them who they are, but clients want you to already know who you are. We have to figure out who is your client or prospective audience. It’s about “Can I make them [my clients] happy with what they’re doing?” You need to be able to find the work. It’s not going to find you. You may like working alone, but relationships make a huge difference. That’s how you move forward.

It sounds like you’re saying that priorities play a big part.  Absolutely! You can be incredibly talented, but do you want to be the most talented photographer that nobody will ever know? Cliches are true– you have to spend money to make money.  I know one photographer who thinks nothing of spending $200-$300 on tattoos, but doesn’t have money to spend on an editor or consultant. You’re either trying to work toward it or you aren’t.

What’s the bottom line?  You have to be more than just a creative individual with a camera. If you’re smart, you get help. How do you want to view your life?

That last comment really resonated with me– “How do you want to view your life?” With eight syllables Stella distilled the photographer-editor relationship down to its essence– at least for me. Do I want to view my life and my work in such a way that I become the greatest photographer nobody has ever heard of, or do I want it to have a voice? I think we can all agree that a body of work with a voice is the better option. Being open and honest enough with ourselves to realize that maybe we need some help finding that voice, though, is a challenge well worth the effort.

Now, if the voice could just help me figure out my tattoo I’d be all set.

For more information, you can check out Stella’s website and see her in action in Zack Arias’ 5K Challenge.

Jeff Guyer is an Atlanta, GA photographer specializing in commercial and portrait photography, as well as weddings, sports, and street photography. You can connect with him on Facebook and Twitter, or check out his work at Guyer Photography.

Who Is More Fit, Photographers Or Editors?

« This Beautiful Hyper Lapse Of Barcelona Is Pure City Love (And 24,000 Photographs)
Memory Cards – Here Is Where Your Lost Bytes Are »