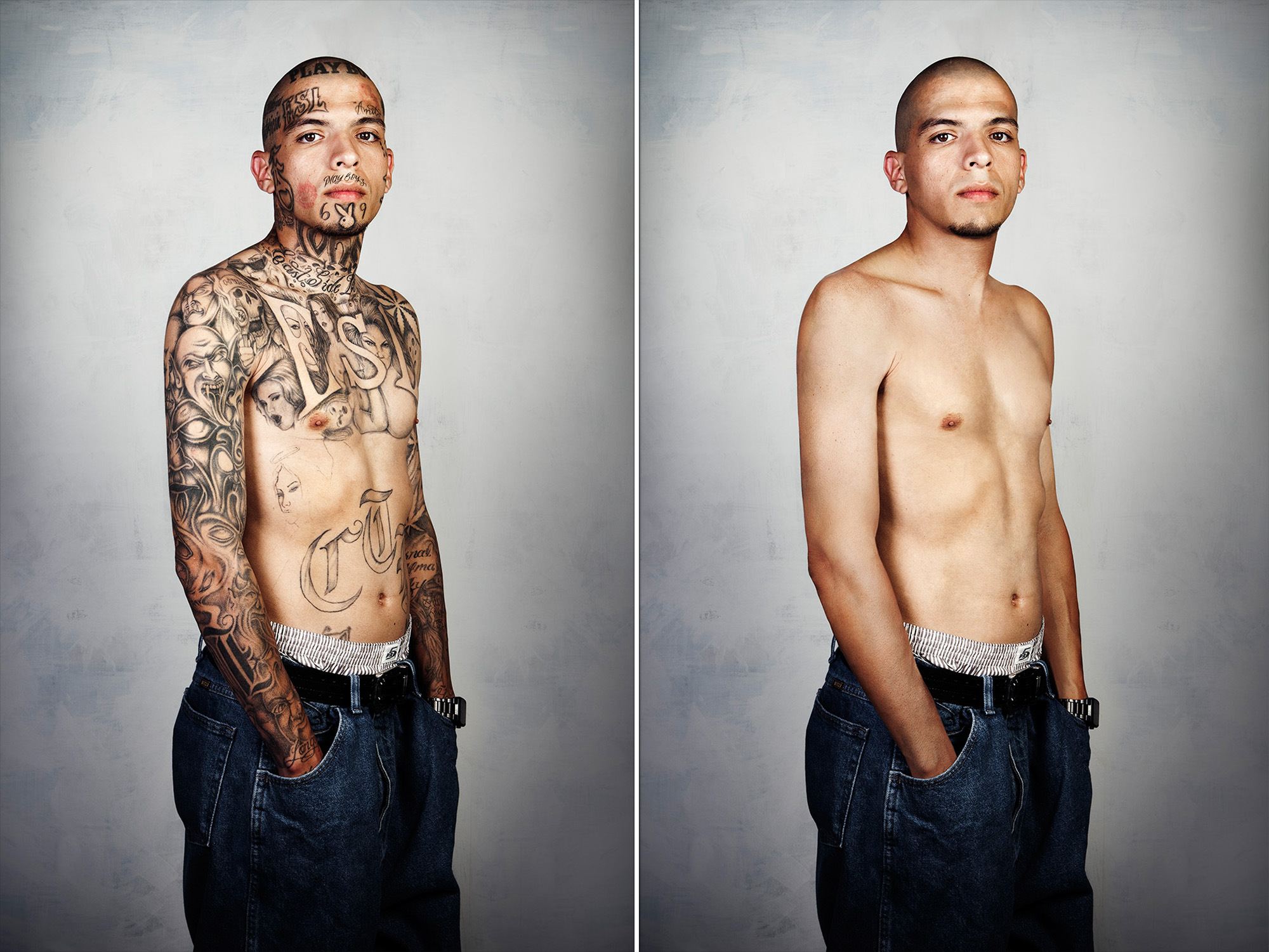 Photographer Steven Burton started an ambitious project, photoshopping out the tattoos from 27 ex-gang members. He did this to  understand the effects tattoos have on people escaping the gangs, how they are judged by society and ultimately how they judge themselves.

While the photoshop aspects of removing tattoos are quite fascinating (over two years and 400 photoshop hours), it’s the affect that the shopped photos had that caught my eyes.

Skin deep started the project after watching G-dog, a movie about Homeboy Industries and father Greg Doyle. Homebody helps former gang-members to return to their communities. 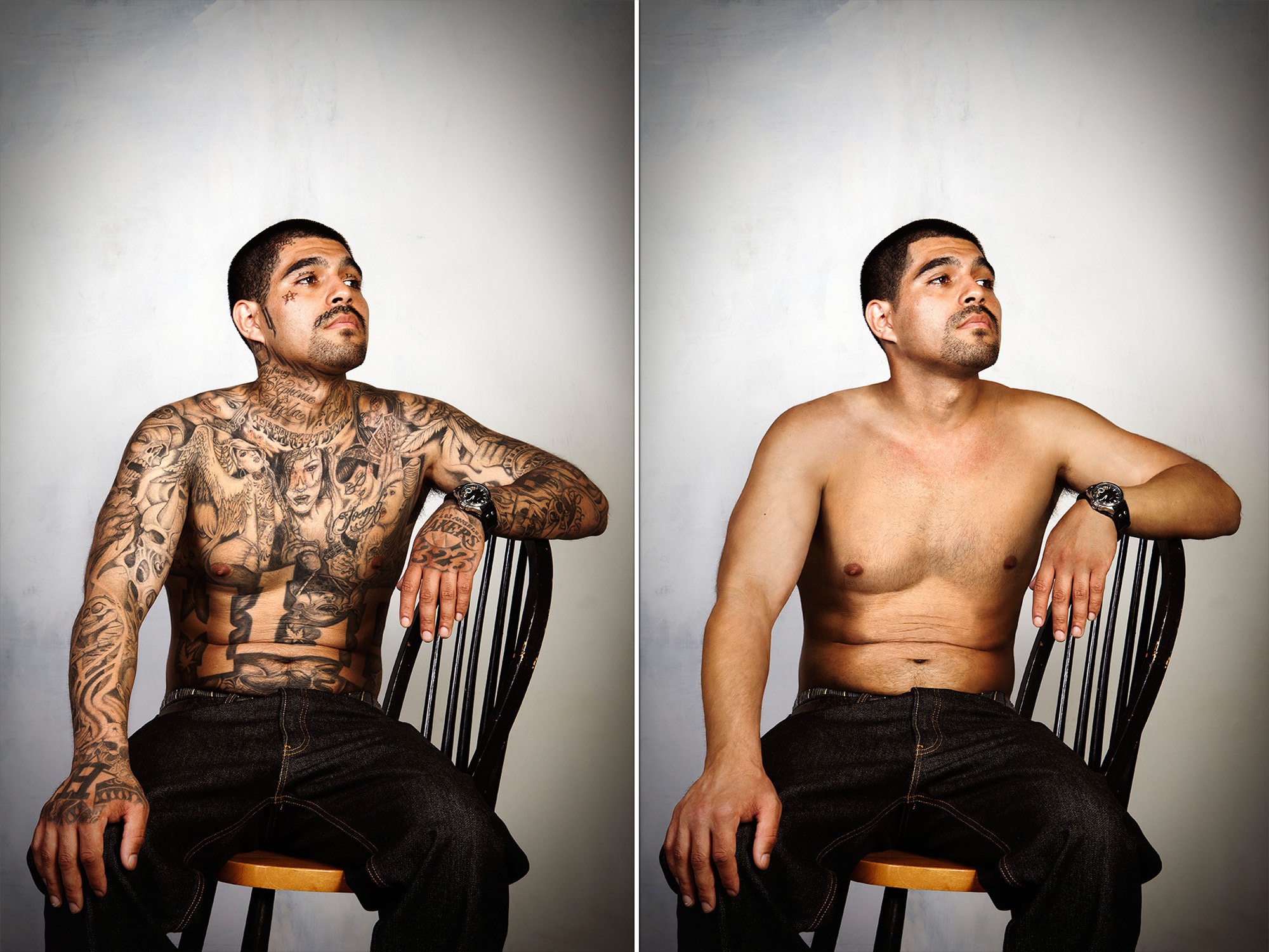 Most of those ex-gang members have been tattooed practically forever, and have not seen their naked skin in decades, so the effect of their retouched portraits were incredibly strong. Steven tells people that:

One of the more heavily tattooed people, Marcus, started laughing because he just didn’t know what to say. He was sort of shocked by the image. The laughter was followed by a heavy silence, then his eyes teared up. It was then that I realized how deep this story could be

Steven then showed the retouched portraits to the models, and their reaction is as emotional as it can get:

Steven is now bringing a book together to tell the stories of those ex-gang members on Kickstarter. The idea is the tell the stories of the individual people whom Steven worked with in a visual way. One of the rewards is alanticula print which morphs between the initial portrait and the photoshopped one. It is quite impactful. 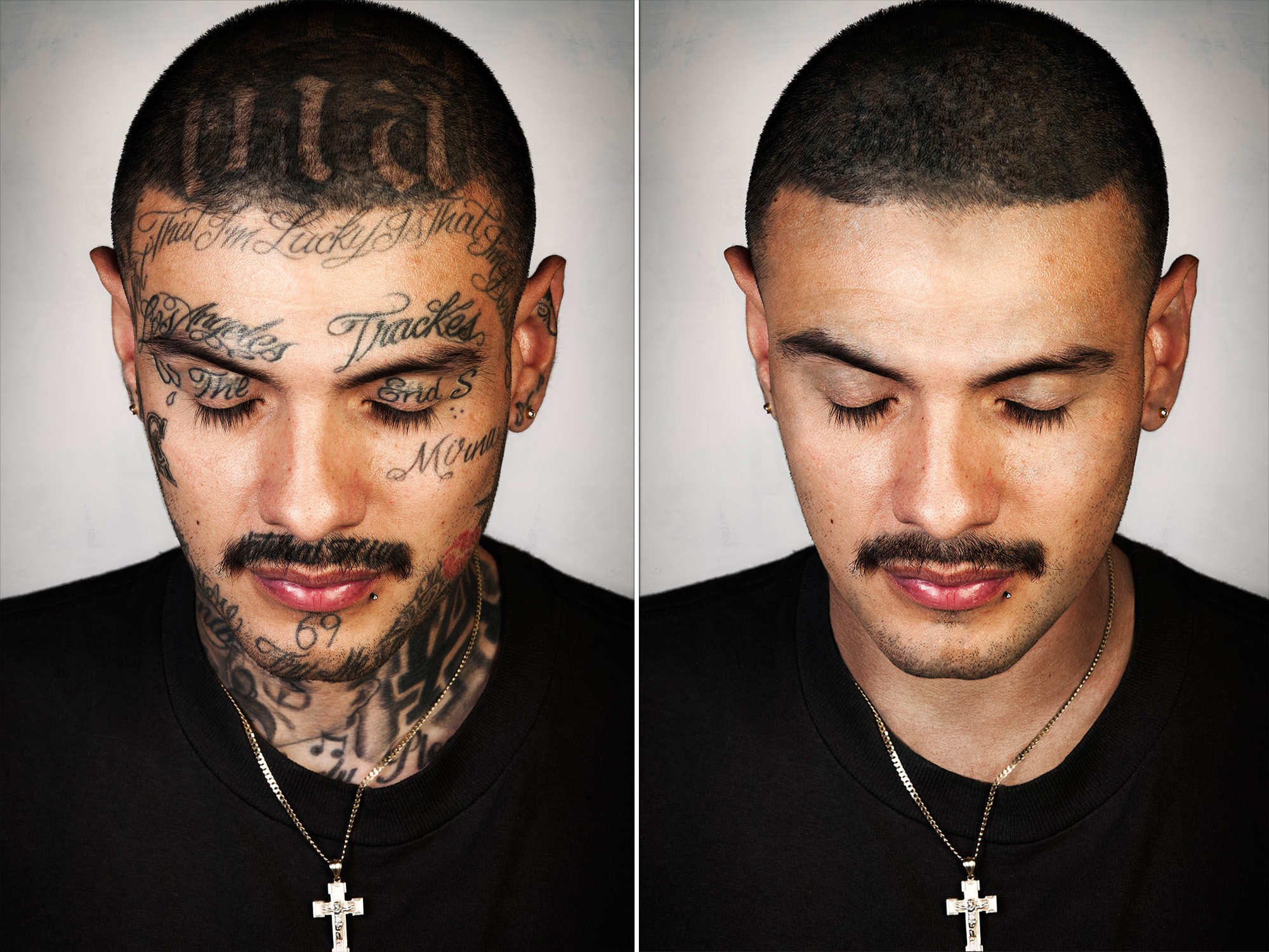 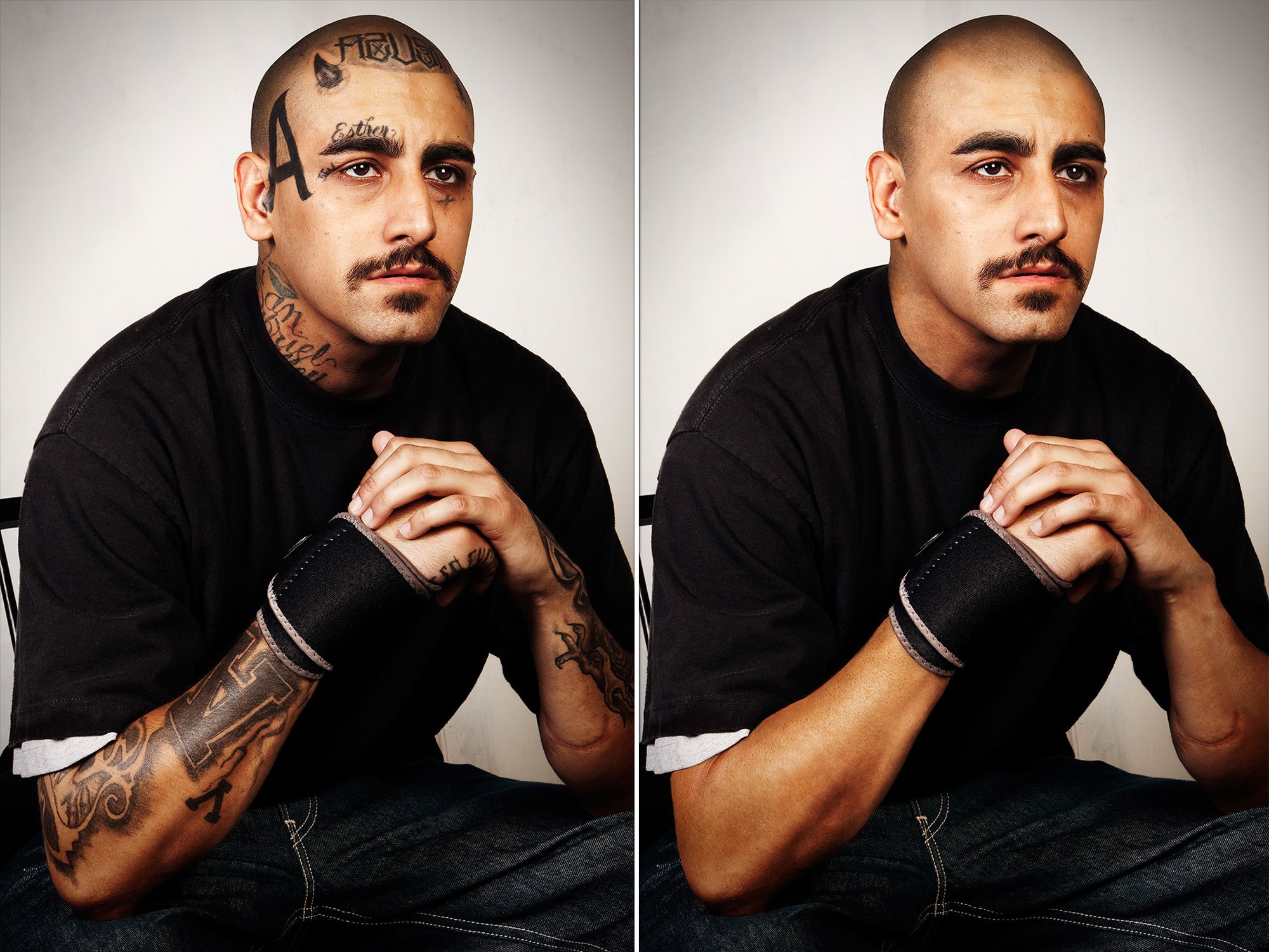 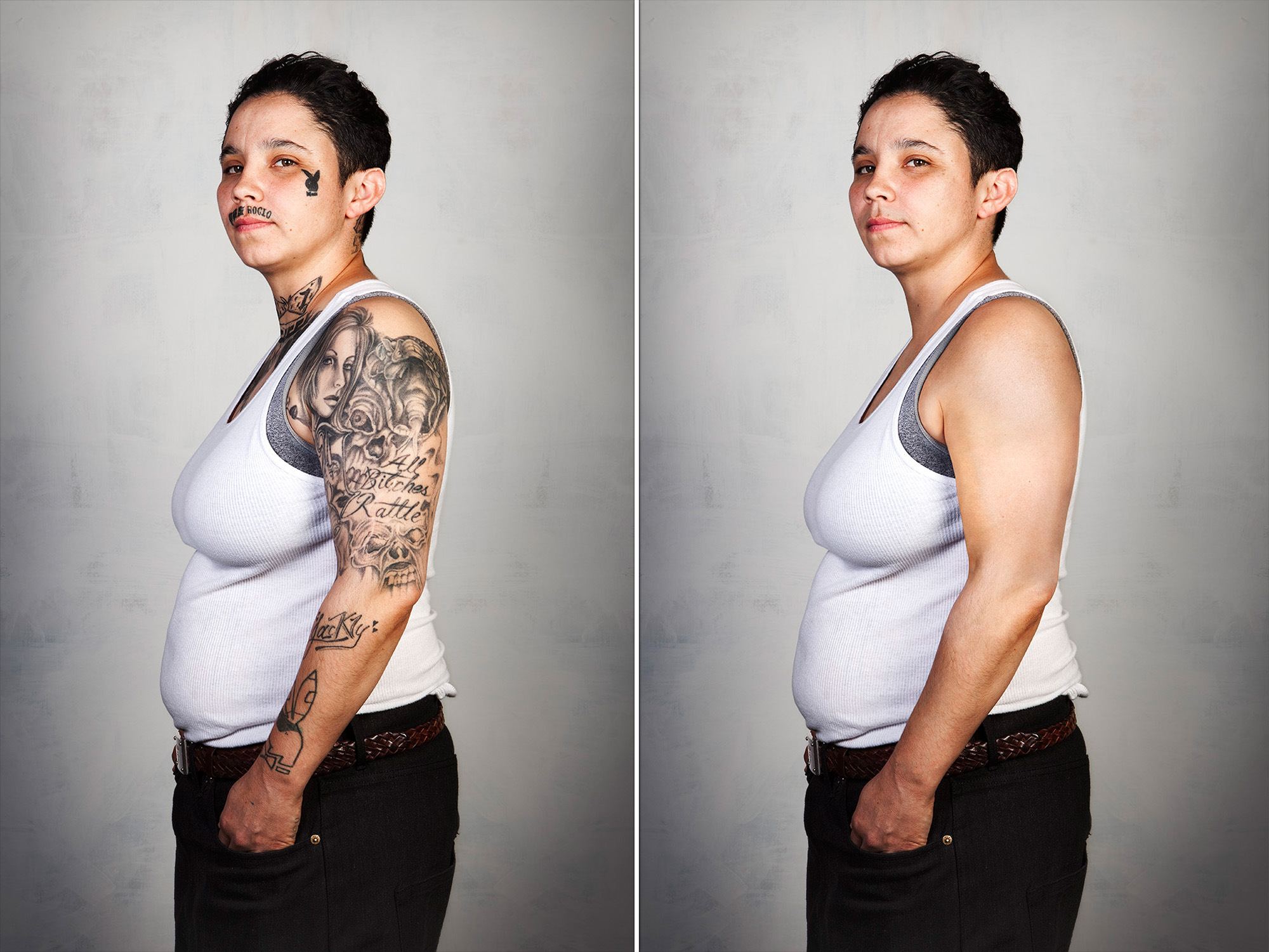 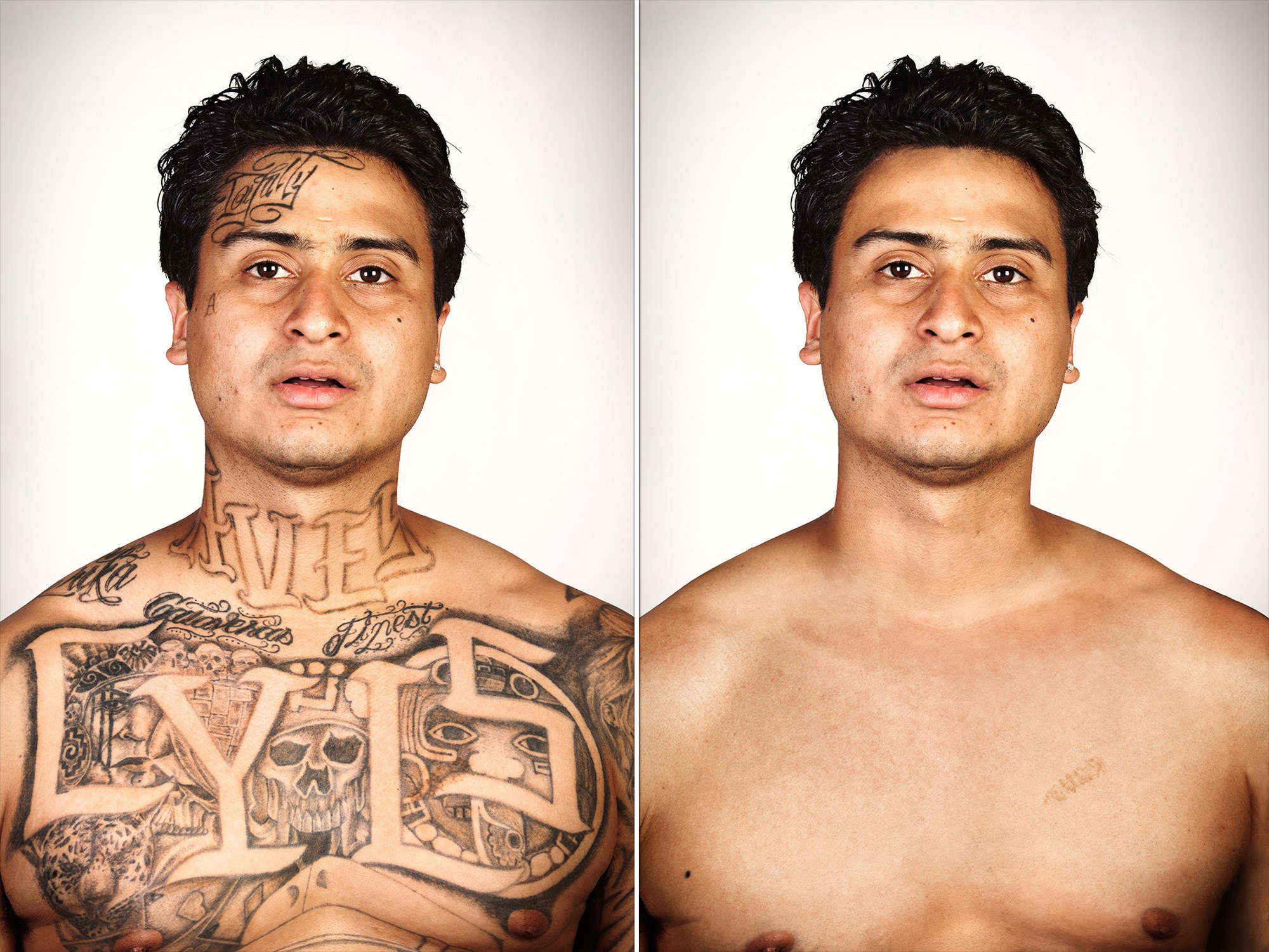 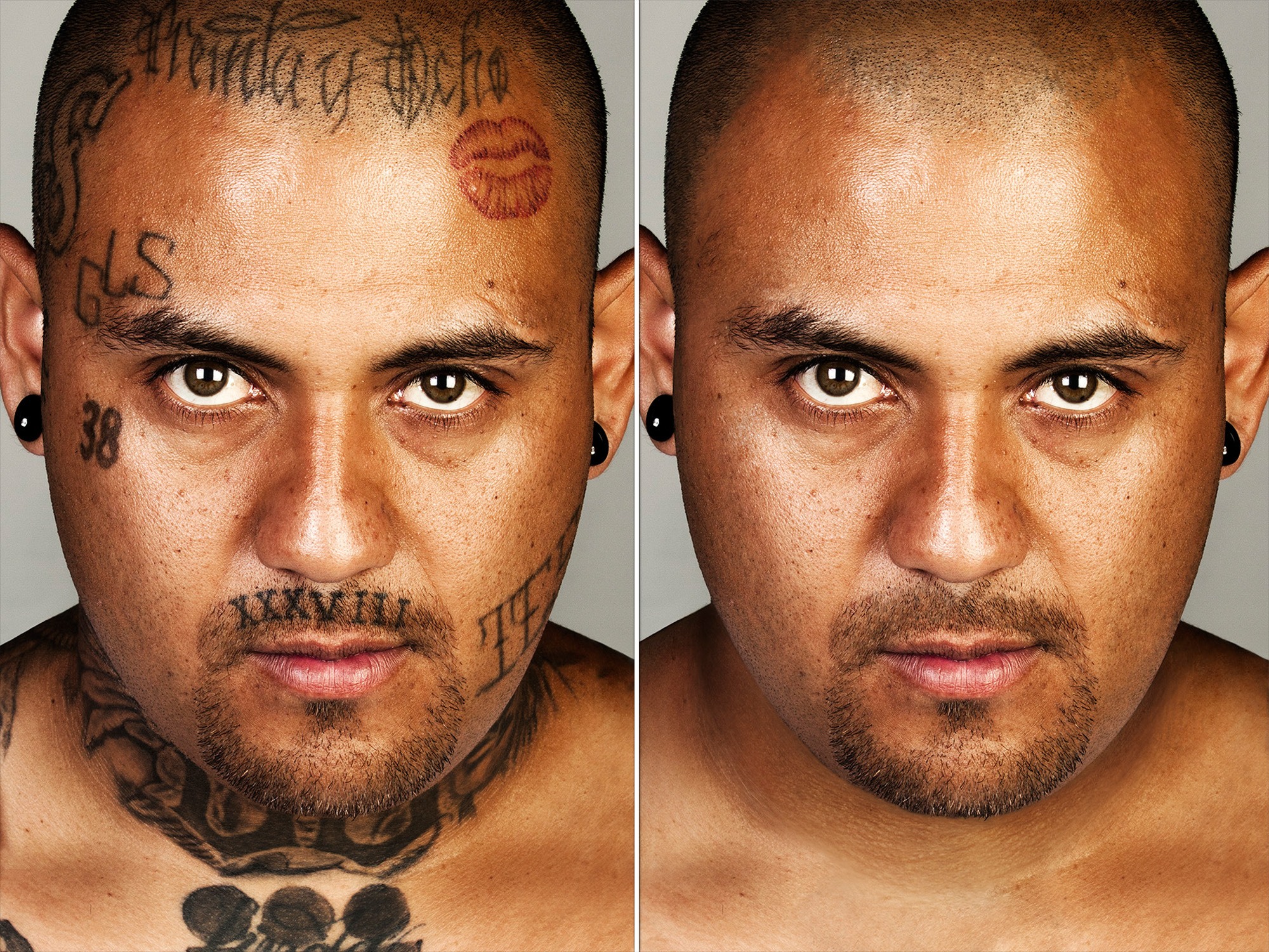 Photographer Reveals Microscopic Beauty In Photos Of His Friends’ Tears

« Photographer travels 20,000 miles by thumb, foot, van, and train. This is how his camera ended up
Top advice from Joel Grimes: follow your own path »