Some of the most Iconic shots were taken with a Hasselblad (or Hassy as its fans call it). The album cover for The Beatless’ Abbey Road and the iconic Apollo 11 photo of Buzz Aldrin walking on the moon (shot by Neil Armstrong) are a few photos that almost everyone knows. On the flip side of this, a current Hussy would cost upwards of $30,000. And this is for the body only. A Fujifilm GFX 100S, also about 100MP, will set you back ‘only’ $6,000. So why are people willing to invest so much in a Hasselblad-made camera? 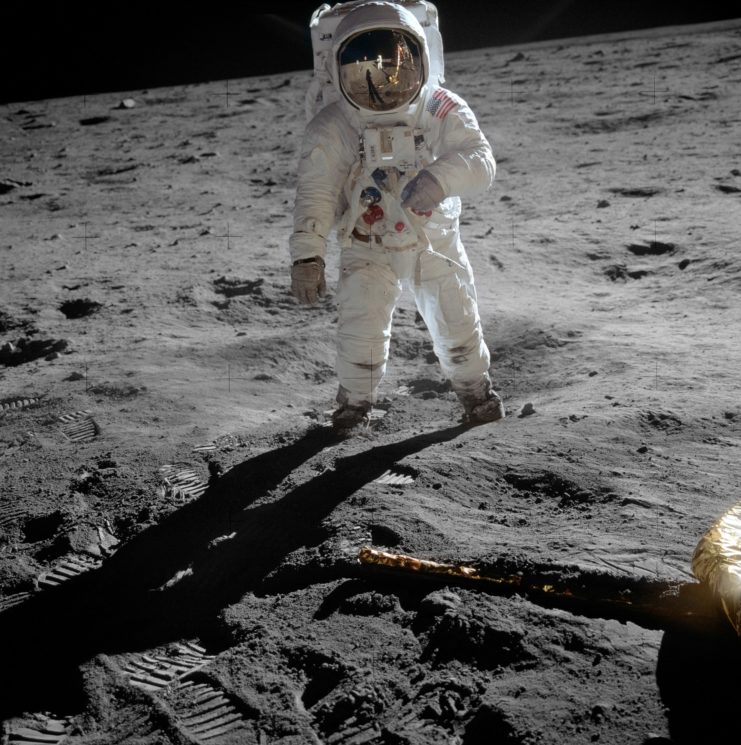 Shot on Hasselblad: Astronaut Buzz Aldrin, the lunar module pilot, stands on the moon’s surface near the leg of the lunar module, Eagle, during the Apollo 11 moonwalk. By NASA

The folks from Business Insider dived into the Hasselblad pricing structure.

Interestingly, Hussies were not always so expensive. They were pricey, but not to the point they are today. For reference, in 1948, Hasselblad’s first consumer camera cost around $500. If you account for inflation, you’d be looking at something equivalent to $5,900 in today’s market. And again, looking at adjusted prices for Hasselblad bodies from the ’70s, you’re looking at around $5300.

The big pricing shit came with the move to digital. The first digital Hasselblad, the H1D from 2004, cost about $24,000, and it was a 22.0 Megapixel camera. (The previous film model was less than half that price).

Hasselblad says that the main pricing factor for the camera is the large format sensor (Sony is making those). The large sensor allows for excellent low noise performance and impressive dynamic range. But the main reason that the camera is priced so high is that they had all made by hand.

With a low sales volume (The Verge reported under 10,000 units in 2018), you pay for the manual labor. And that is significantly more expensive than an automated assembly line. The video explains that some of the work is done by the same people for over 30 years and is somewhere between a job and a craft. In total, a camera takes about six to eight hours to assemble, with calibration taking a big chunk of that time. And each camera sensor is individually manually calibrated.

This is why TV cameras are still huge and ridiculously expensive

« Affinity Photo gets a 10x faster turbo charge with latest 1.10 update
Litra Studio vs Kickasspanel by Lupo, which is a better buy? »