Somewhere between an action light and a studio light, there is a need for a particular light. For all intent and purposes, we will call that light a mini LED panel. The studio mini panels are brighter than average action lights but they fit in your bag and operates on batteries.

We rallied two of our favorite panels – Litra Studio ($399) and Lupo Kickasspanel ($298). But which panel came out on top? Did the robust weather-sealed app-controlled Litra take it? Or did the versatile affordable and high-quality LEDs of the Lupo take the cake? This is why we had to pit these two against each other to find out. 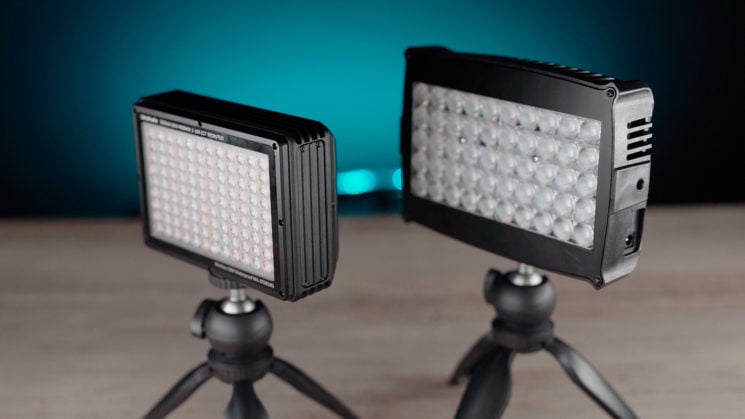 Both lights share a similar form factor. Not quite as big as a LED-1000, but much more punch than you could get out of any action light like the Litra Torch or the Lume Cube (which we compared here). They still fit inside of a regular photo bag taking no more space than a standard lens. Weight-wise they differ, the Lupo is considerably more cumbersome, and the litra is bulkier but we’ll go over why later in the post.

The build quality of the Lupo is really nothing to write home about, it is very “plasticky” and it has huge vent holes. Surprisingly the buttons actually feel very tactile.  You get a big bright blue LED screen to display all the info on the screen. 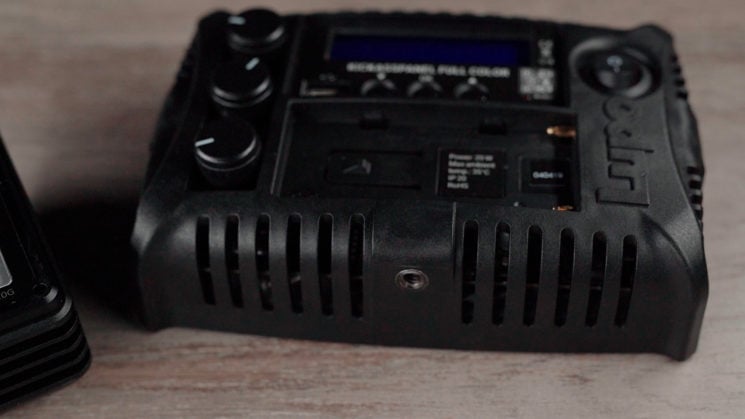 The litra is built like a tank. It even has multiple certifications like “mil-grade” and weatherproofing. It is probably drop-proof and crushproof to a reasonable degree. The aluminum chassis houses the internal battery. On the one hand, it’s a proprietary battery, but on the other hand doubles as a power bank. the Litra has an OLED panel to display its information. My only real gripe with the Litra is that it’s pretty dim and kind of small. While the Light is constructed with aluminum to dissipate heat, it does suffer from getting pretty hot, especially if you’re working at full blast. 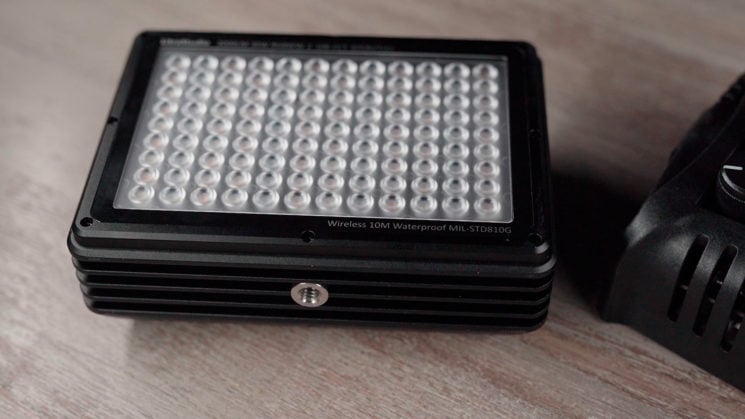 Obviously, with such big vent holes, the Lupo suffers in this category. You are basically limited to controlled environments with no effects of weather.

The litra is completely weather sealed. This light can go basically anywhere, even underwater. Being able to take this light in any condition definitely gives the light an edge in terms of use cases, whether you are shooting in the rain or maybe in a pool or the ocean. 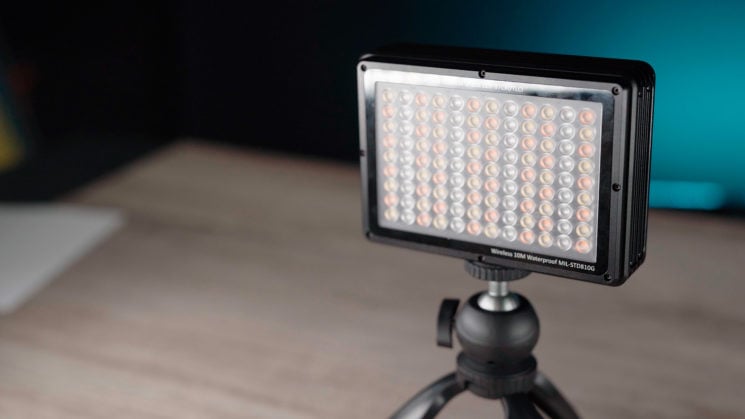 The quality of light for the Lupo is as you would expect from a high-end light. It has a great CRI score which means the accuracy of the color is very good.  While the light underperformed compared to the Litra in the CCT settings, the RGB LEDs managed to outperform the Litra. 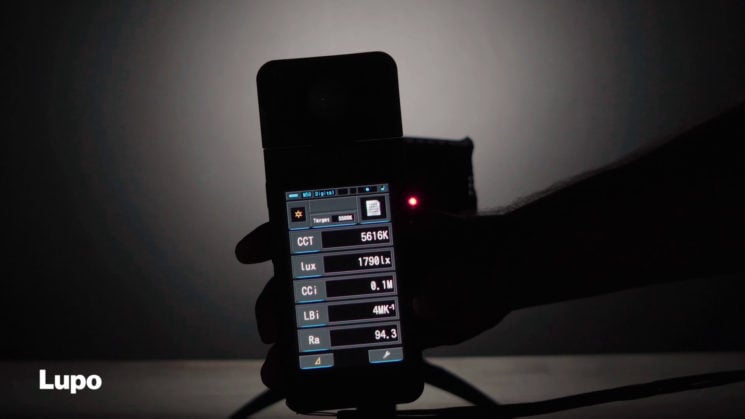 The Litra also boasts a high CRI. The CCT values were considerably higher than the Lupo, giving us almost a full stop of light more than the Lupo. 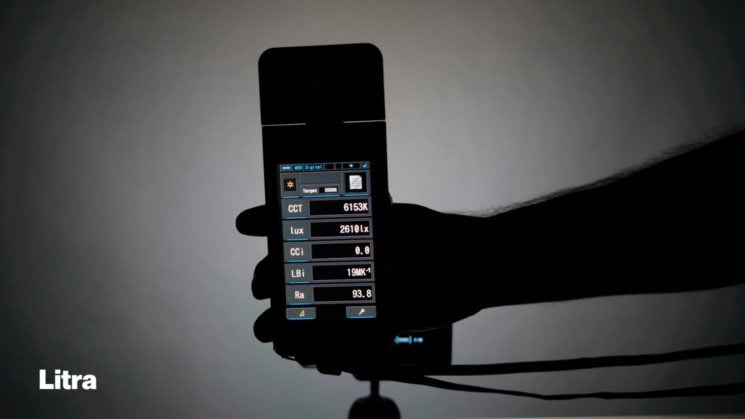 It is very interesting to me to see that both lights have considerably different approaches when it comes to beam angle. You can see in the video that the Lupo has a much narrower beam of light with a hotspot at the middle. The Litra has it very widespread and even all around. Neither are “good” or “bad”, it depends on your needs and style. So, it’s something to consider if you know what you’re going to be using it for. Personally, for a light like this, I think I would prefer a wider spread. 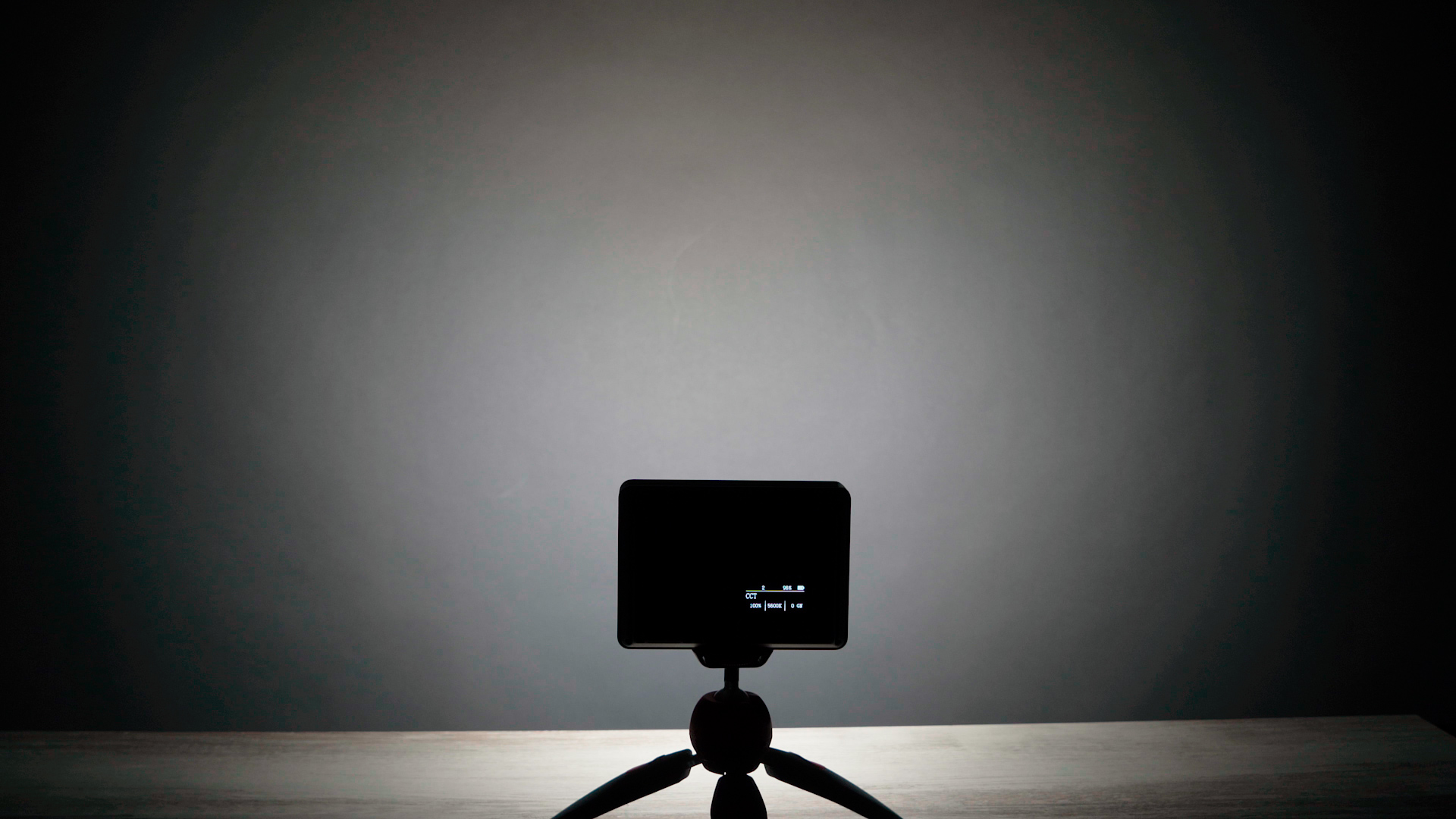 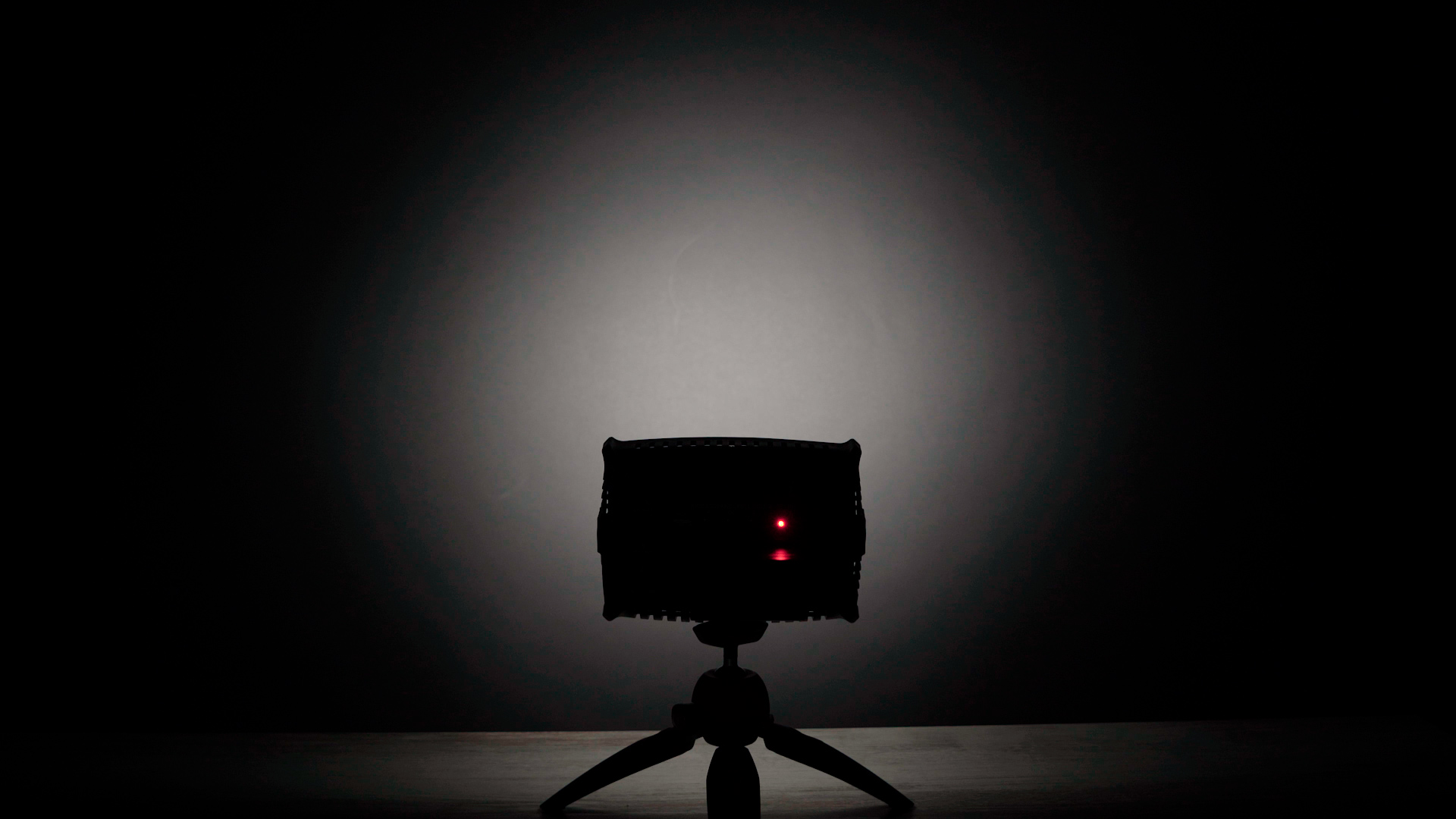 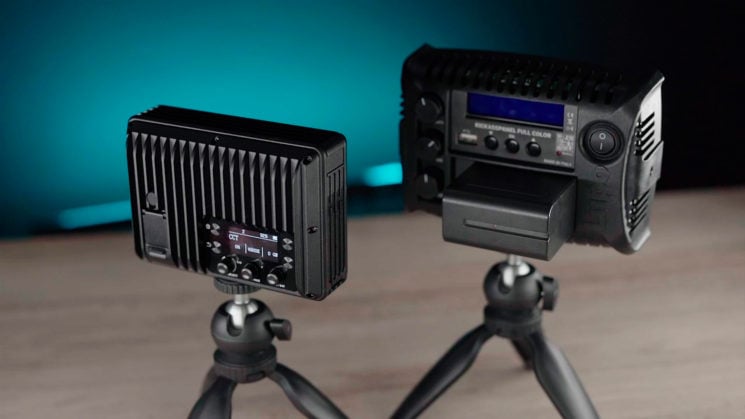 This one is a tough call with the Lupo for me. I loved the tactile and button layout of the Lupo. The problem I had with it was navigating the interface. It really does take some getting used to, so while the screen is bigger and the buttons are easier to use, the menu system has a learning curve.

The Litra pretty much goes the opposite way. The menu system is impeccable, it is very obvious how to navigate the menus. However, I found myself constantly misclicking. Either the dials would click or the rotations weren’t registering on the nipple style dials. I also think the buttons could have been a little more tactile.

The Lupo works off a standard Sony NPF battery, which you can get third-party batteries for next to nothing. They are also readily available in stores and, if you’re like me, you probably already own a few anyway. In addition to the battery option, the Lupo also has a USB-C socket, and DC jack.

I totally understand that the compromise here for a proprietary battery is probably due to weather sealing. It is a trade-off you have to be willing to make if weather sealing is a priority for you. The proprietary battery is also quite costly, coming in at $100. It also has the option to be powered by USB-C with the included 65w charger (even though it only needs 45w).  I’m personally not a huge fan of USB-C-powered devices that need more than your standard 5v 2a. I much prefer a DC lockable cable like the Lupo.

The Lupo comes in at just $300 USD, whilst the Litra comes in at $650 USD… well, before the price reduction which has been going on for a while. If you’re looking to buy a Litra Studio today, they cost $400 USD. The price has been like this for quite a while. MAybe due to the Logitech acquisition.

Both lights have their pluses and minuses. It really is hard to choose between the two. the definition of better light depends on your needs. Both lights have a great output. They are also both highly accurate and extremely versatile in their RGBWW capabilities. My winner for today is going to be the Litra simply because of the build quality. But I do leave myself wondering if I’ll miss the Lupo one of these days that I take the Litra studio to a shoot.