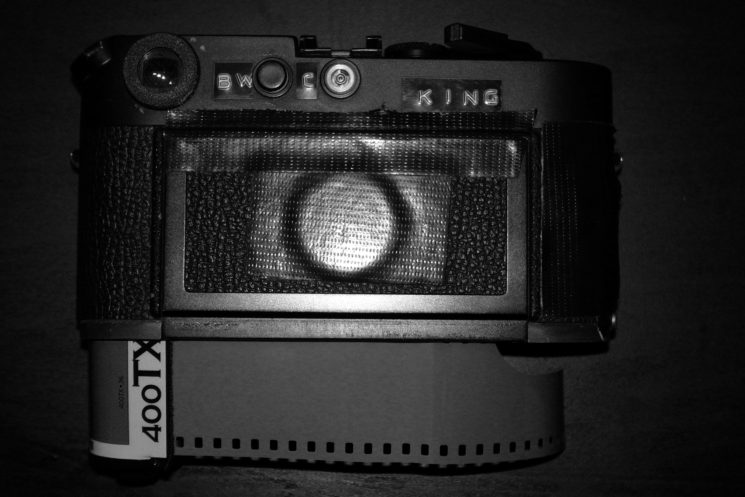 I started my journey in film photography in late 2016, and have since been working my way through the various film stocks I can get my hands on; in production, expired, experimental or alternative. Kodak Tri-X is usually at the top of most peoples list for films to work with, so when I recently loaded my first ever roll, three years after I started with film, it gave me pause for thought.

There are a few reasons it’s taken me so long to become comfortable with shooting Tri-X, and I thought it might be useful to share these, both so that I can understand my process more coherently (as with most of my writing), and also to potentially help anyone along their film journey as well. Back when I started I simply didn’t appreciate what black and white could offer my images in the first place.

I had been shooting on fully digital, fully colour sensors, and would only use black and white when shooting in very low light, or when I needed to save something with particularly unflattering colours, for example a subject blown out by harsh neon lights. I was still learning my tastes, and absolutely had black-and-white-exclusive photographers I respected; for example Fan Ho, Walter Rothwell, Alan Schaller, or Larry Louie. Although I wanted to be influenced by these artists I couldn’t yet find peace with giving up on making images more accurate to reality, which meant using colour.

However when it came to shooting film I imagined it would be something fun and fulfilling, but ultimately unimportant. After my first roll of film ever, AGFA 200 Poundland film, I decided that I would reserve my film photography to be a black and white only pursuit. I did this to maintain a distinction between my film and digital work, and also to cultivate a “film mind-set” which would be different to the way I would create exposures digitally. The first ever black and white roll of film I ever shot was HP5 through my Leica CL. 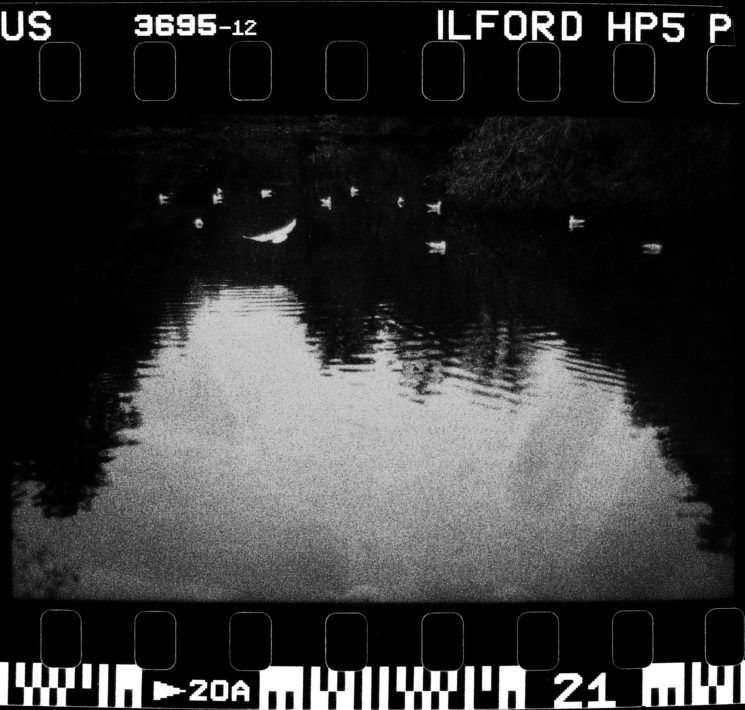 I knew HP5 from it’s earlier form as HPS Hypersensitive, used by Bruce Davidson while photographing the civil rights movement; but the main reason I chose to try it first was that it was cheap. My first rolls were nothing special, but I eventually made this image which I was really happy with – but importantly I knew that there was nothing about this scene I would have enjoyed if I had shot it in colour. I knew that if I reinforced this positive association I might lose motivation to continue trying new emulsions, so with that in mind I started to examine other options and discovered XP2, which quickly became my go-to for black and white photography. 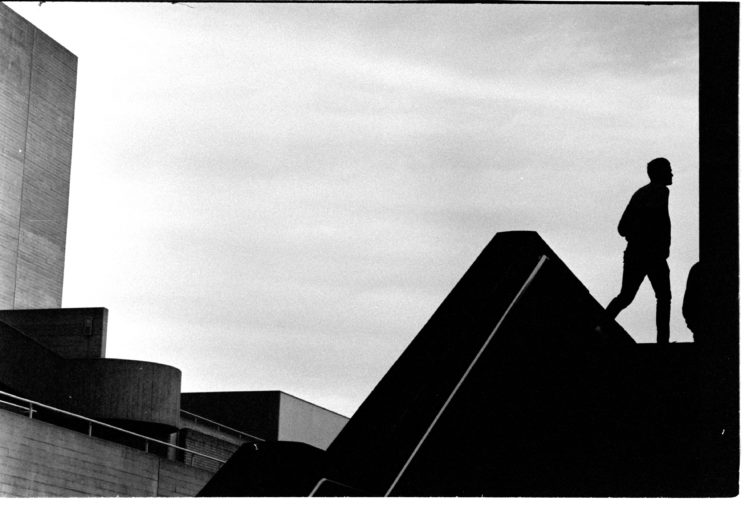 At this point I was aware of Tri-X as a valid option, but was still avoiding it. I don’t think I was actively choosing not to shoot with it, but there are a few factors I am aware of now that may have been subconscious then. Tri-X has a very “classic” look, well defined after decades of incredible results by incredible photographers. I know that if I had shot with Tri-X to begin with it would have lent that aesthetic to my work, and defined my results in a way that perhaps I wasn’t comfortable with. I want to be present in all aspects of my photography, not simply leaning on what’s been tried and tested. Tri-X has a heritage in photography the same way that there is a heritage in brands like Leica and Nikon, and an association with classic photojournalism and reportage. There is a gravity and iconography to Tri-X, and some would say it’s the definitive black and white “look.”

Rather than simply adopting that look I wanted to see if perhaps one of the underdogs had something to offer me – or more importantly what I could offer to it. There are so many different ways to shoot and develop black and white film, so many options when it comes to over/under exposure, pull/push development, and the development chemicals themselves. Somewhere in this combination I was sure I would discover my own aesthetic. 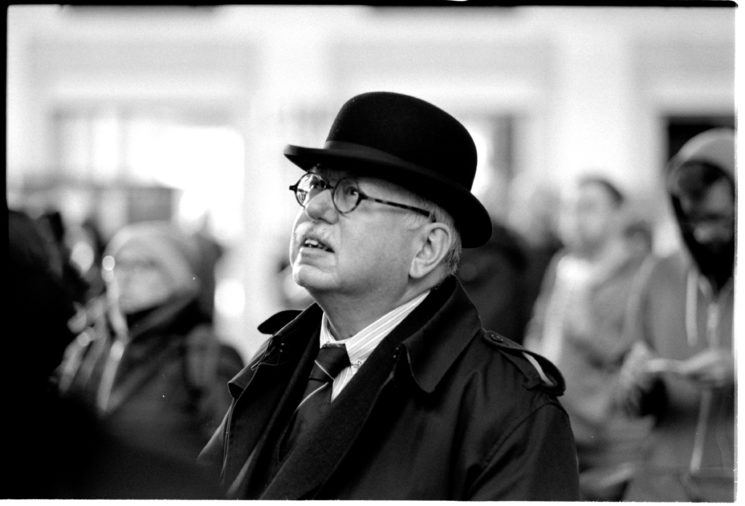 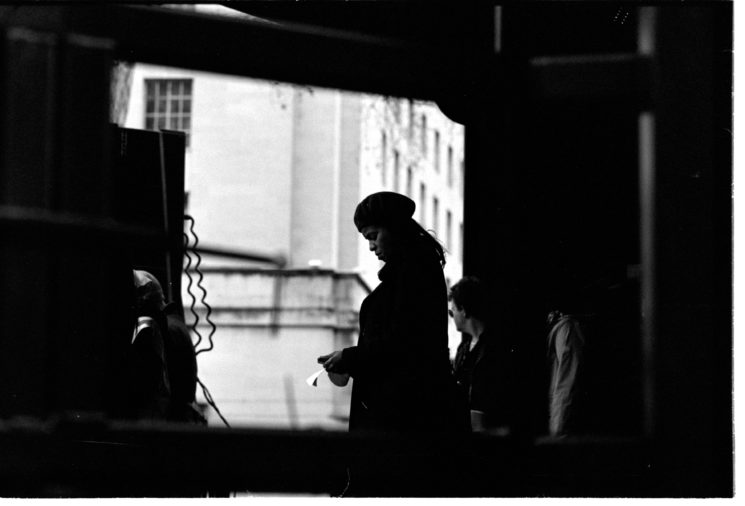 I was also aware at this point that there was more to film photography than simply shooting different rolls from different brands. There is a whole analogue community, passionately sharing and teaching everything to do with film photography. I had to find out where I fit in within this community, and work out how best to share my work to educate and inspire others, but also to promote myself.

Ilford therefore became my brand of choice. I’ve not only enjoyed shooting the majority of what Ilford have to offer with their film but also been able to reach out to an audience through them by sharing my work and opinion pieces on their blog. This helped me to find a voice for myself in the film community, and also discover other artists as well. 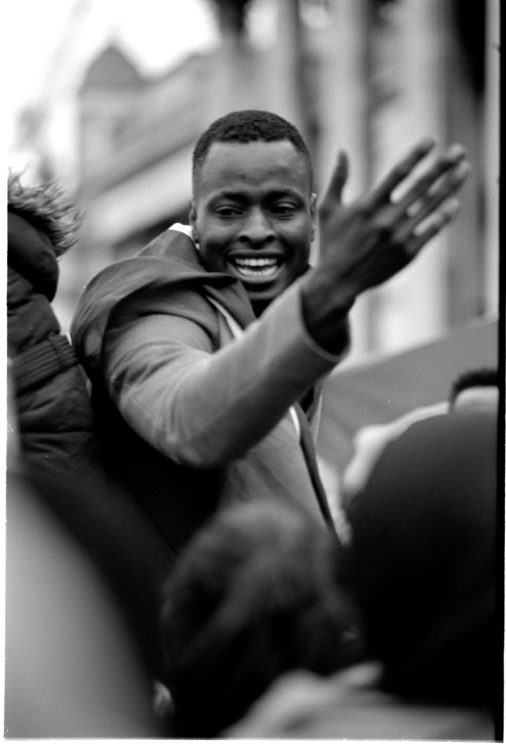 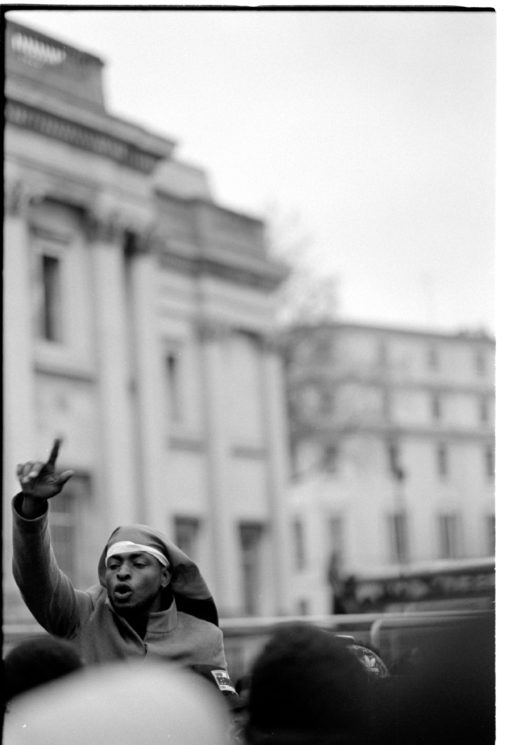 Ilford puts out some really fantastic content which helps people pick up all aspects of film photography, including exposure, development, and darkroom printing – really valuable resources. Compare this with another “leading” brand, Fujifilm, who seem to be focused on their digital systems, offering less and less to support film and film photographers. Kodak does far more in terms of community but still lacks a platform similar to the Ilford blog (that I’ve been able to find) to offer a resource for photographers to share their work and educate others.

Advocacy within the community is very important to me, especially considering that I hold a teaching position myself, and want to do my best to support my students, other photographers, and specifically film photographers. 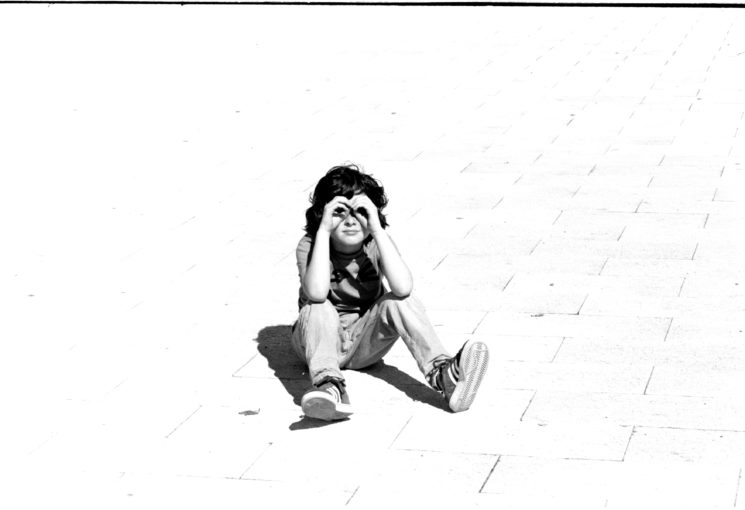 By trying as many options as possible I’ve been able to discover that films I probably wouldn’t have previously considered, like Delta 400, have a “look” that really works for the work I applied it to. It was more valuable to me to test these films in person as opposed to simply analysing examples online because the conditions I shoot in and the way I prefer to expose are different to other photographers.

By testing them myself I was able to feel out the edges, push them to the extreme (literally) and make my informed decision. I’ve even been able to take what I’ve learned from the way that black and white photography operates on film and transpose it to my digital work, altering the way I would expose for an image I knew I would want to edit as black and white in order to get the results I want – and am actually happy with for once!

After all of this experimentation it didn’t feel like that much of a commitment to buy a few rolls of Tri-X. I was looking forward to its versatility and latitude for push development – I’ve seen perfectly fine results up to 10,000 from other artists. I decided to push my first roll to 6400, and the second I shot at box speed.

I’m quite happy with the pushed results; the contrast is very distinct compared to examples at 400. Hopefully I’ll continue to use Tri-X alongside my other black and white films, and apply the same level of scrutiny to the way it changes the way I shoot. My black and white photography will evolve and continue to inform the way I work in colour, and vice versa. I may produce images I enjoy with Tri-X and I may not – what matters is that I am constantly adapting to make different things work for me, and see how I can change myself to allow new ways of creating into my workflow.

Simon King is a London-based photographer and photojournalist, currently working on a number of long-term documentary and street photography projects. You can follow his work on Instagram and read more of his thoughts on photography on his personal blog. Simon also teaches a short course in Street Photography at UAL, which you can read about here. A version of this article was also published here and it’s shared with the author’s permission.

If you’re still not shooting in 4K, these are some reasons to start
« Canon has officially announced its new 24-105mm f/4-7.1 RF mount kit lens
The 2.9 million dollar photo »