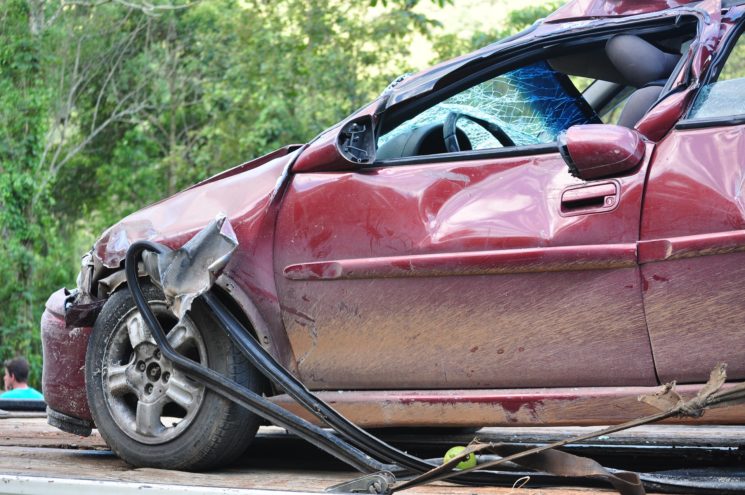 In an attempt to get the shot, more often than not photographers expose themselves to certain risks. Loud Lab News photographer Victor Park recently avoided getting seriously injured after a crashing car missed him by only a couple of inches.

On 27 February, Park was covering a police chase. The suspect was in a stolen SUV and he hit another car stopped at a red light. By his own confession, he was trying to get “the money shot” of the suspect’s car speeding past him. However, he didn’t immediately notice the second car. When he heard a loud noise and saw the crash through his viewfinder, he says he realized that he needed to run.

As ABC7 reports, Park has two years’ experience in shooting pursuits.  He is also a marathon runner, so speed was also on his side when he managed to escape the out-of-control vehicle. Still, it missed him by only a couple of inches, which left him in shock. “I’m not hurt. I feel very lucky, but it was a scary experience. I was shaking for a cool 15 minutes or so,” Park told CBS.

Here’s another angle of the crash. I can only imagine how shocked Park must have felt after realizing how close this was:

Fortunately, nobody was seriously hurt in the crash. One person from another vehicle was reportedly taken to hospital with minor injuries, and the suspect was arrested.

Crazy amount of luck, good reflexes and speed saved Park from getting seriously injured. Close calls like this happen from time to time, and I always feel relieved when nobody gets hurt. However, if you take risks to get “the money shot,” remember that it doesn’t always end well. So, please stay safe and take care.

Track photographer barely escapes with his life on the drag strip

Everyday objects are barely recognisable shot through a macro lens