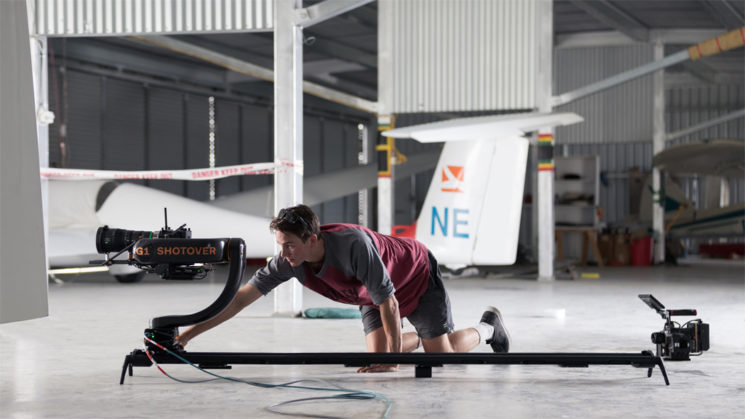 Syrp has just announced the new Magic Carpet Pro slider. Designed to handle some seriously heavy duty filmmaking the Magic Carpet Pro offers some very cool and interesting features. For a start, the flywheel is located in the carriage itself, removing the need for belts and pulleys for manual control. But this also allows for another perk.

Combined with new “Track Joiners”, you are able to create a slider of just about any length you wish by simply adding more lengths of track. No longer do you need to worry about having belts of different sizes, regardless of how long you want to slide. Of course, you can also add motion control it if you wish by adding either the Genie or Genie II.

As sliders go, there’s only so much they can really evolve, and there’s a lot of choices out there these days. Syrp, though, seems to be continually coming up with new ways to pushing things with each new piece of kit they release.

The weight of each setup isn’t all that bad considering the length you get out of it. And bear in mind, the carriage does contain the weight of a built-in flywheel, allowing you to get smoother slides.

When it comes to payload, horizontally either of the single section sliders can handle up to 70lbs (32kg). When combined with the Track Joiner extension system, that drops a little to 50lbs (23kg), but that’s still very impressive. Vertically, with a camera up to 250mm out from the carriage, it’ll handle 24.2lbs (11kg), and upside down it’ll still hold a very impressive 50lbs (23kg). 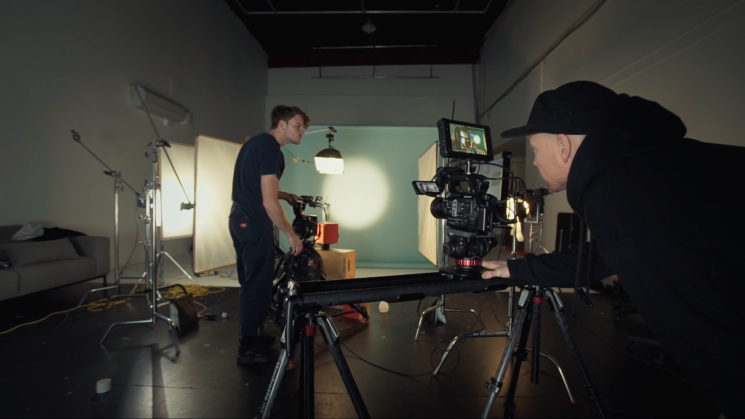 The tracks themselves are made from high strength Aluminium, with the track brackets built from die-cast alloy. The carriage and end camps, too are also die-cast alloy, allowing for maximum strength. As one would expect, it contains a bubble level and Carriage Brake for safe transport. The flywheel which sits directly below the carriage weighs 1.16lbs (0.525kg) and allows you to help get smoother momentum during handheld slides. 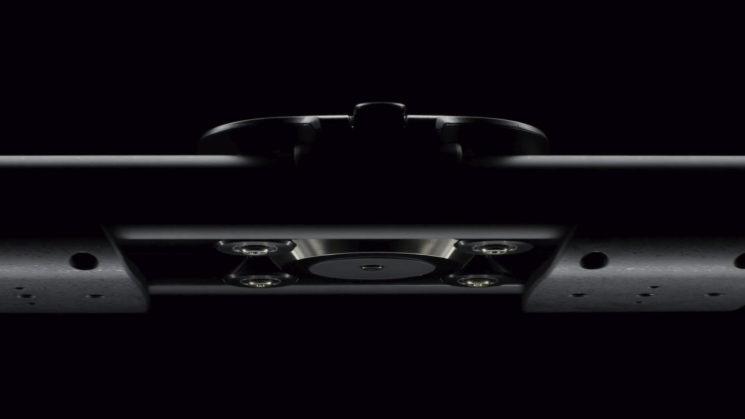 A new quick release system in the top of the carriage also allows you to quickly slot cameras in or out of the system at will. Whether it’s for easy transport or simply to swap out multiple cameras quickly, it’s very handy. That it actually sides inside the carriage, rather than on top of it is a very nice touch.

You can also add 1, 2 or 3 axis motion control with the Syrp Genie, Genie II and Genie Mini. And the end caps support Syrp’s standard rope system.

All three packages are available to pre-order now and is expected to ship in May or June.

Overall it seems a very capable looking system that will suit a great many advanced filmmakers with heavy rigs. Especially those who have already bought into the Syrp ecosystem.

An Infinite and All adaptive (DIY) dolly system

« While trying to get “the money shot,” photographer barely escapes a crashing car
Photographing family and friends for free? Here’s how to accept or reject it »