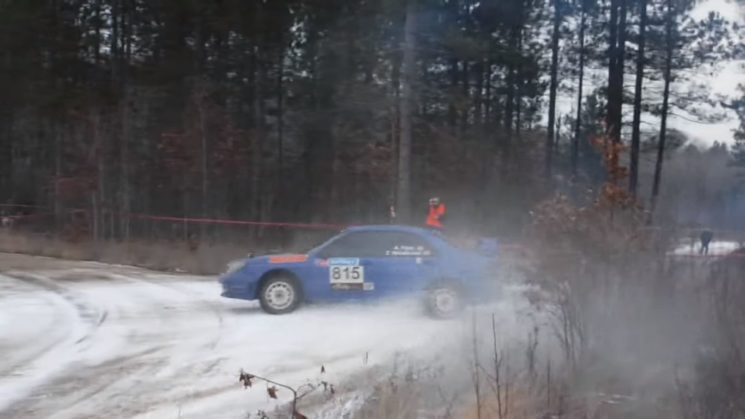 A recent video from Sno*Drift rally shows why you should never, ever stand outside of a corner while a race is active. On Friday, Photographer G David LeClair was hit by a racing car while standing outside of a corner during the race. On Special Stage 2 of the rally, one of the racers lost control over his car. The car started sliding on the icy road and hit the photographer.

Since there were spectators with their phones and cameras, the accident was recorded. Keep in mind that these videos show the moment when the photographer was hit, so viewer discretion is advised.

As Jalopnik reports, LeClair was taken to a local hospital and Special Stage 2 was shut down. The rally later resumed on Special Stage 4. The photographer confirmed on Facebook that he was injured, posting an update to a few rally groups. He wrote that he got “bruised in quite a few places,” broke his scapulas and lacerated his liver. I sincerely hope he’ll get well soon.

This incident sparked a lot of discussion about safety at rally races and other motorsport events. As Jalopnik writes, the media meeting held before the race instructed all attendees “not to stand on the outside of a turn.” The dangerous area is also marked with red tape, denoting that the spectators are not allowed.

Still, I believe it’s impossible to control all spectators at all times. Even if the photographer was standing here just for a minute, it was enough to get injured. Judging from the video, I believe there wasn’t much the driver could do to prevent the accident. I think the only way to avoid accidents like this is to avoid standing in the dangerous areas in the first place. Better safe than sorry. Or you can hope to be lucky and have great reflexes like this guy, but I wouldn’t count on that.