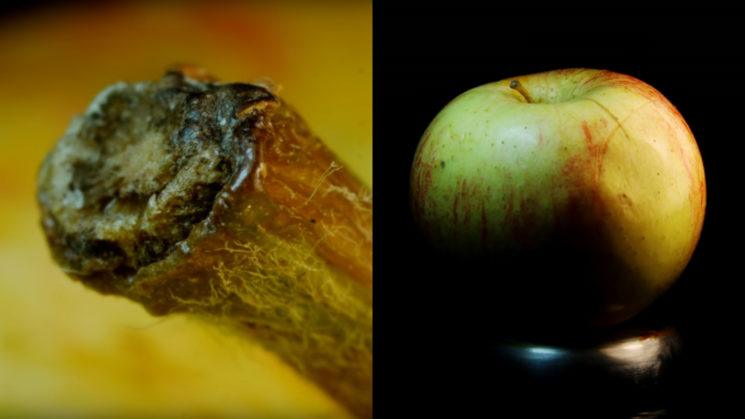 Macro lenses can be a fascinating thing. They can show us a side of our world that we didn’t even know existed. Letting us get up close and personal to things we’d never really paid much attention to before. Suddenly, everyday objects we take for granted offer an alien beauty.

This video from the Macro Room illustrates that wonderfully. In it, they take a look at series of items many of us interact with, or at least see, on a daily basis. Through the eye of a macro lens, though, they can become barely recognisable. A couple are immediately obvious, but some don’t make themselves easily known  until you see the camera pull back.

What I find interesting is how the light plays of some of these small areas. With a lens that contains such a tiny part of the subject, the light sources are huge by comparison. It gives them a unique quality that we’re not often used to seeing with normal sized subjects. Such a close look with large light sources also makes otherwise invisible defects in surfaces readily apparent.

Macro Room say that they used several lenses and som “complex editing” techniques in order to be able to zoom out with a continuous shot. Going from macro to long distance certainly isn’t easy to focus when simultaneously tracking back. They don’t say exactly what these techniques are, but I would imagine it’s something similar to those used with hyperlapse.

Here’s a list of the different objects they show in the video.

The tomato and the Oreo were probably the two most difficult for me to figure out. I had no clue what they were when I first watched the video. Also, without any sense of scale, I originally thought the coke bottle lid was a red pepper until I saw the paint chips. I still couldn’t tell what it was, but I knew it wasn’t a red pepper any more.

How many did you guess right before they zoomed out? What are your favourite macro subjects to photograph? Do you stick to the usual bugs and flowers, or do you look for something a little different? Let us know and show off some of your macro shots in the comments.