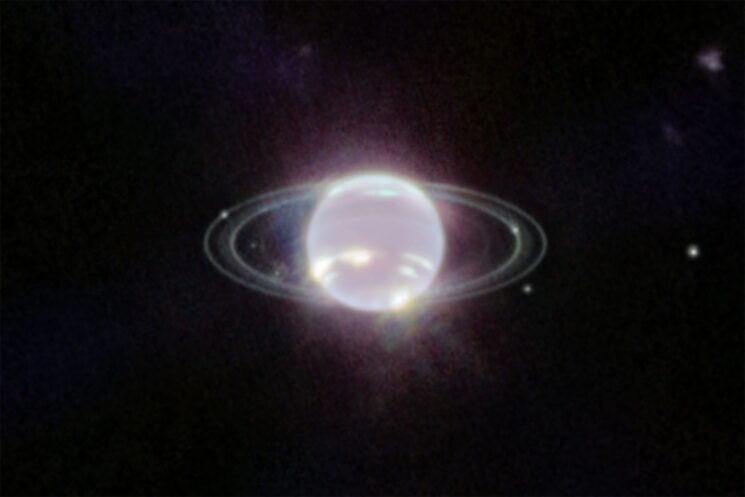 NASA’s James Webb Space Telescope has sent back its first image of Neptune and it’s remarkable in more than one aspect. First of all, it’s the clearest view of the ice giant in more than 30 years. And second, Webb’s image managed to reveal the distant planet’s delicate rings, something that’s definitely not an everyday sight.

“Neptune has fascinated researchers since its discovery in 1846.” NASA writes in a press release.  It’s located 30 times farther from the Sun than Earth, which makes the Sun on this planet so small and faint “that high noon on Neptune is similar to a dim twilight on Earth.” Thanks to Webb’s extremely stable and precise IR cameras, even the faint rings close to the distant planet were captured in an image.

Some of the rings in the photo haven’t been detected since NASA’s Voyager 2 became the first spacecraft to observe and photograph Neptune in 1989. And it’s not only the rings, but the image also clearly shows Neptune’s fainter dust bands.

But wait, there’s more. In this remarkable image, Webb also captured seven of Neptune’s 14 known moons. That very bright point of light with Webb’s signature diffraction spikes is Neptune’s moon, Triton. As NASA explains, Triton is covered in a frozen sheen of condensed nitrogen, so it reflects around 70 percent of the sunlight that hits it. “It far outshines Neptune in this image because the planet’s atmosphere is darkened by methane absorption at these near-infrared wavelengths,” NASA explains. 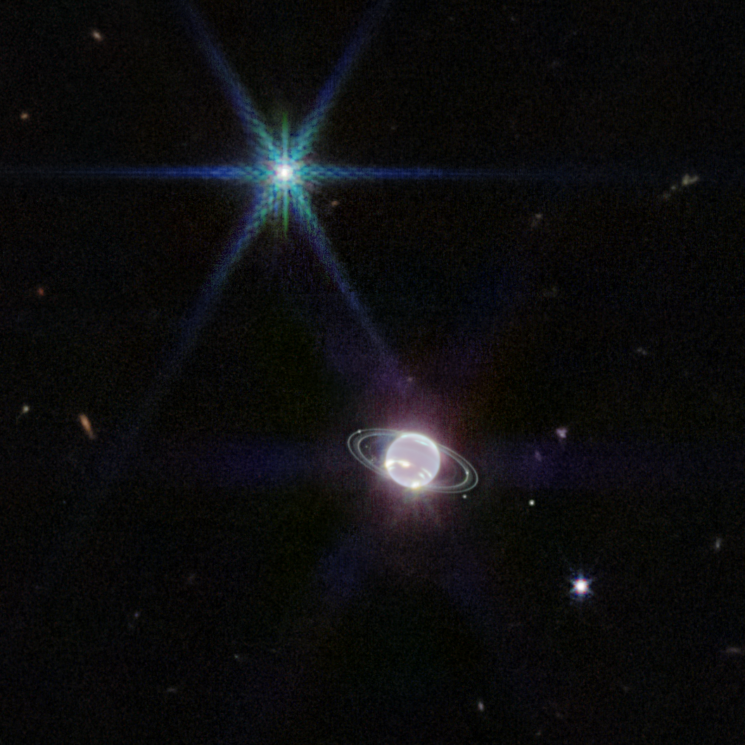 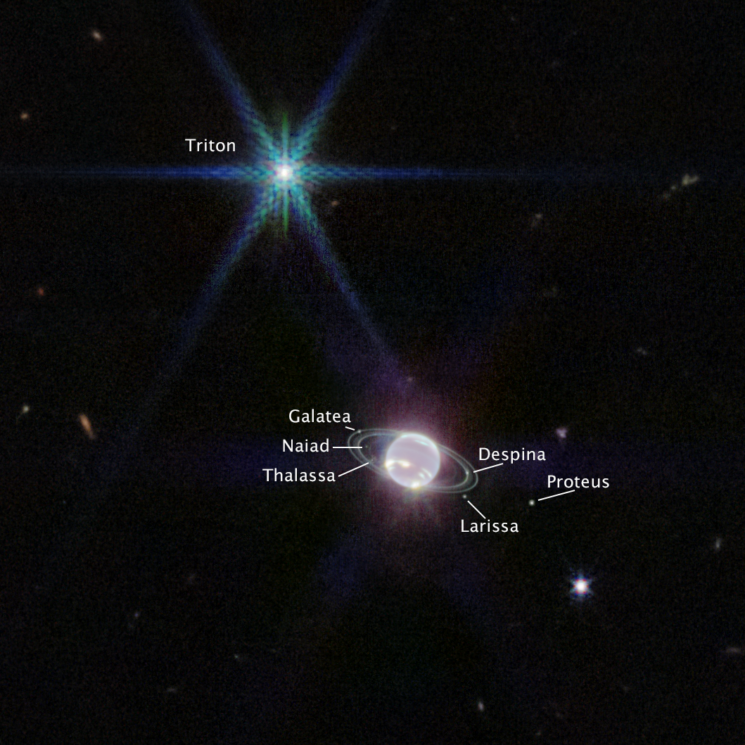 While this image is remarkable in many aspects, it won’t be the last Webb’s shot of Neptune we’ll get to see. NASA says that additional Webb studies of both Triton and Neptune are planned “in the coming year.”