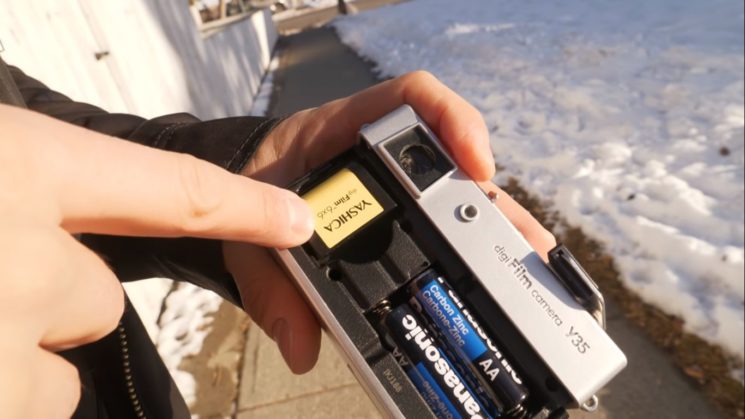 You might remember the Yashica digiFilm Y35 fiasco which left the camera backers angry and disappointed. This camera raised nearly $1.3 million on Kickstarter, but it apparently never delivered what the users expected. Not even close.

But, despite the bad reviews, Chris and Jordan of DPReview decided to give it a go. They gave this little toy camera a spin, trying it out in different settings and with different “digital film rolls.” Is it really that bad? Well, not entirely, as it turned out.

For this video, Chris tested the camera and its four cartridges. His goal was simply to take one photo he liked with each of the cartridges. While he agrees with other users that the camera is “an absolute piece of garbage,” there was one good thing about shooting with it: he was actually having fun. I mean, it’s a plastic toy, and toys should be fun, right?

While everything about the Yashica 35 seems utterly crappy, there’s one dial that actually works: exposure compensation. So, Chris shot into the sun with a black & white cartridge to see what he would get.

The bottom line is, according to Chris, that the Yashica 35 is definitely nothing but a piece of garbage. It’s not only about the plastic, flimsy build of the camera, but the image quality is horrible, too. However, he admitted that it was fun to play with it. Now, is it worth paying $200 for playing with a horrible toy camera? Personally, I don’t think so, but you be the judge.