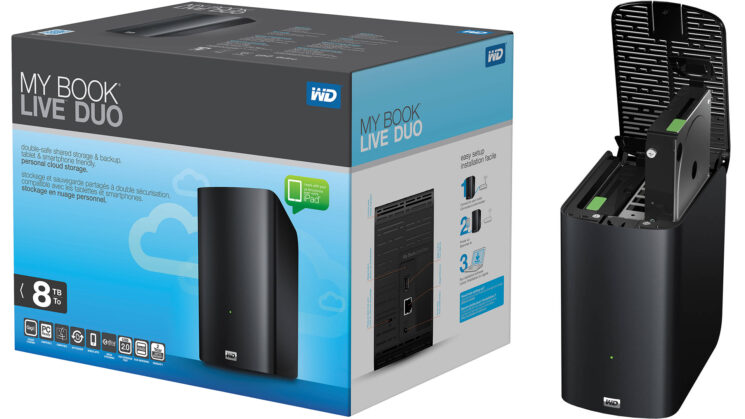 The Western Digital My Book Live NAS products are extremely popular amongst photographers. External storage devices that you can just whack on your network and access from any machine on your network. I’ve owned a few myself over the years and they were pretty good. It seems, though, that there’s a big issue with them at the moment. They’re deleting files without the owner’s knowledge.

According to a post on the Western Digital Community forums, many users have reported seeing their files missing with some being completely locked out of their devices. According to a statement from WD, it’s caused by an exploit that allows remote command execution. WD’s advice, for now, is to completely unplug them from the Internet.

The post was created by a user who stated that all his data had disappeared and was presented with a page prompting him to enter an owner password. He says that the usual default passwords for such devices didn’t work and nor did the password he’d set but it wasn’t letting him in. His My Book Live is now essentially a brick. Shortly after, dozens of users responded that they’d experienced the exact same thing.

What immediately sticks out about the post is the number of replies from other users echoing that they experienced the same – with some reporting that it happened to multiple devices they own simultaneously. The volume of reports combined with the fact all the devices seemed to be affected in such a short space of time suggests that this is possibly just the beginning and many more devices are expected to be hit.

Western Digital says the My Book Live and My Book Live Duo firmware was last updated to its final version in 2015 and are investigating the issue to determine the cause and provide a solution. The products are now both obsolete, having been replaced by the WD My Cloud devices, but there are still a lot of My Book Live devices out there in use in peoples homes and offices.

For now, Western Digital’s official advice is to unplug your drive from the Internet. Take it off your network. Unfortunately, possibly short of shucking the drive and sticking it in a new enclosure, there’s no way to access the data once it’s no longer on your network as My Book Live devices don’t contain USB client sockets like regular desktop hard drives. But if you have either right now, you really don’t want people to be able to access it directly over the Internet until Western Digital provides a fix.