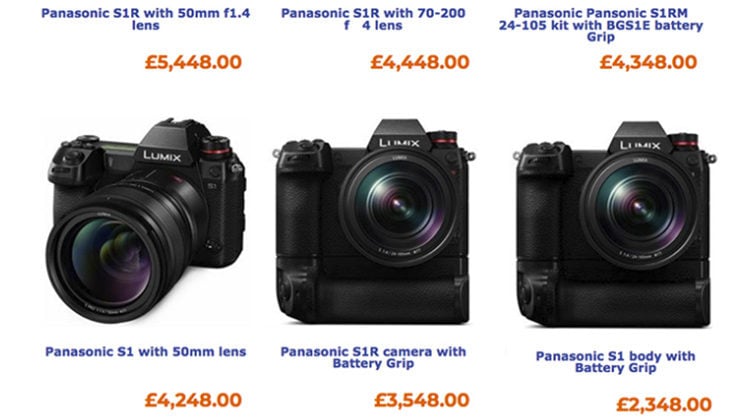 Well, it’s (almost) official. The launch of the Panasonic S1 and S1R full-frame mirrorless cameras was expected in March, presumably, so they could tease them at The Photography Show, and then show them off properly at Photokina. Since Photokina was cancelled, however, Panasonic let out a new teaser letting us know to expect an announcement on January 31st (today).

It looks like UK retailers Park Cameras and CVP might have jumped the gun slightly, though, because, for a brief time, they listed the new cameras and various lens combos on their websites for pre-order, along with prices. Well, Park had prices, CVP didn’t.

Update: It seems the announcement will be coming February 1st instead of the teased January 31st date. 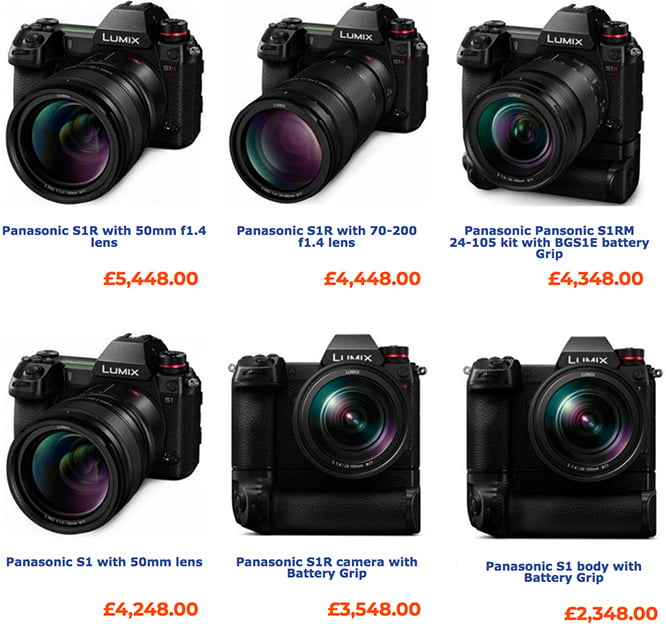 Park Cameras jumped the gun a little early with these listings. 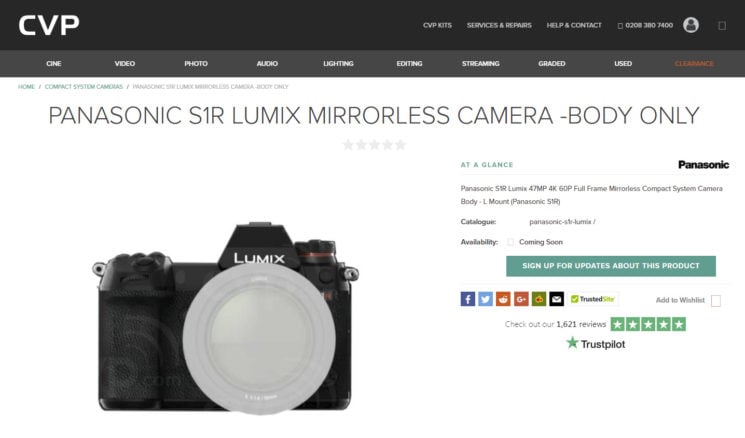 As did CVP, although they didn’t mention a price.

The listings have since been removed from both sites, but let’s take a look at the specs that were listed.

This is the “basic” model. It’s Panasonic’s answer to the Sony A7III, Nikon Z6 and Canon EOS R. The listings that briefly appeared on Park Cameras show it starting at £2,348. This puts it more expensive than the other three full-frame mirrorless options at this level, however that includes a battery grip. There wasn’t a listing without the grip, so we may see that price drop a little for video shooters who typically don’t need the extra size and weight of the vertical grip.

And this is the fancy high-resolution model. While not confirmed in the listing, the Hi Res mode on this camera is suspected to offer 187-megapixel composited images made up from 8 separate shots. This could be a huge factor for many still life, product and landscape photographers who need to deliver big files to clients or make huge prints.

So, the specs are pretty similar, although there is some slight difference in the wording between the two listings as I saw them on Park Cameras. Like “a double slot” for the S1 vs “double card slots” in the S1R. It’s possible that one has a combination socket that accepts both, and the other simply has two separate slots, but I think two separate slots in both is more likely.

I suspect the early release was probably a mix up on time zones. They were probably told Pacific times, and didn’t realise it wasn’t UK time. But with two UK retailers posting information today, I think we can be pretty sure what the official announcement will be when it comes later today.

As for the prices listed. Well, do bear in mind they include 20% VAT, and may not actually be the final prices. I’ve seen prices change on a per-minute basis before now when products have been listed on websites a little earlier than planned.

On the bright side, if you’re in the UK, at least now you know of two retailers that will have pre-orders going up quickly after the official announcement is made.

We’ll have more information for you as the announcement comes.