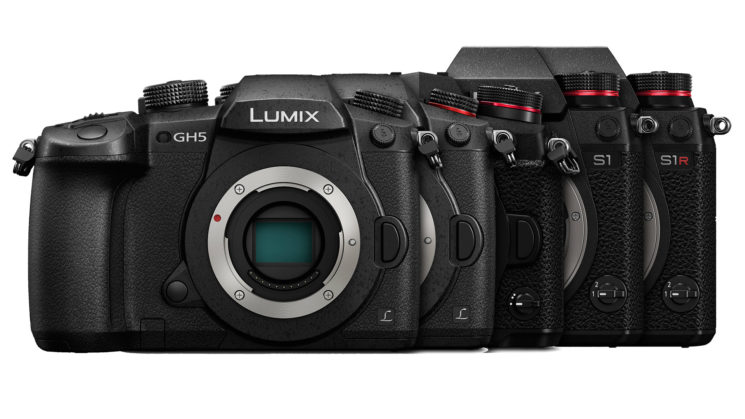 Panasonic is set to launch some new firmware on November 19th for both the G series (GH5/GH5S/G9) cameras, as well as their full-frame S1 and S1R mirrorless cameras. The firmware updates offer some nice functionality for all models, but most interesting is the addition of 10-bit 4:2:2 4K video to the G9, bringing it largely in line with the GH5 in terms of video.

The S1 and S1R feature a dual XQD and UHS-II SD card slot arrangement. But the new firmware turns that into a CFexpress and UHS-II SD configuration. CFexpress is the drop-in successor to XQD, offering some massive speed increases, particularly useful for video shooters and action/sports photographers who need to clear that buffer quickly.

With many manufacturers having now either released or about to release CFexpress cards, the only thing holding people back has been a lack of support in the cameras. Now that the new firmware is coming, Panasonic appears to be the first to actually support the new format (although Nikon has been promising it for months).

A few bugs have also been fixed, including some V-Log recording issues.

Panasonic’s G series Micro Four Thirds cameras are all essentially aimed at hybrid shooters, but each has typically had a lean more towards either stills or video. The GH5 and GH5S have been Panasonic’s primarily video bodies and while the G9 is geared more towards stills. A few of the updates in the new firmware are shared between all three models.

The GH5S and G9 also see some AF performance improvements.

But the G9 is where we see the biggest changes. Offering “Enhanced Video Functions”.

So, you still need to do a paid upgrade for V-Log L and to get the Waveform monitor, but they are now available to the G9.

The GH5 and G9 both utilise the same 20.3-megapixel sensor, have the same ISO range, a stabilised sensor (although the G9 is said to perform about a stop and a half better than the GH5), touchscreen flippy out LCD, HDMI output, dual card slots, a microphone jack, focus peaking, built-in WiFi and Bluetooth, and various other common features.

The GH5 has been the video go-to, though, for many people. Or at least, it was before the likes of the Blackmagic Pocket 4K and Z-Cam cameras were released. The GH5 offers 10-Bit 4:2:2 up to 400Mbps, V-Log L, HDR gamma, 6K 24fps anamorphic mode, and a bunch of other video-oriented options.

The G9 offers some distinct advantages for stills over the GH5, such as the top LCD, larger viewfinder magnification, faster continuous shooting burst modes, 80-megapixel high-resolution composite shooting mode, and a stop faster shutter. Both bodies feature a stabilised sensor, although the G9 is said to perform a stop and a half better than the GH5.

With the new firmware adding 10-Bit 4:2:2 to the Panasonic G9, it might become the more attractive option over the GH5 for many looking to purchase today. Especially when it’s $200 cheaper than the GH5 new, and substantially less expensive on the used market.

You can download the new firmware for all five cameras on Panasonic Support website from the 19th of November.

« Xiaomi launches the CC9 Pro, their first 108-megapixel camera smartphone
This is why some people think a lens is awesome and others say it sucks »