Photographer/maker Tom Parker whom we recently featured for his eSteady $200 MoVI-like rig, has another pretty interesting project shared on his website. It is a time lapse track built with 3D printed parts. 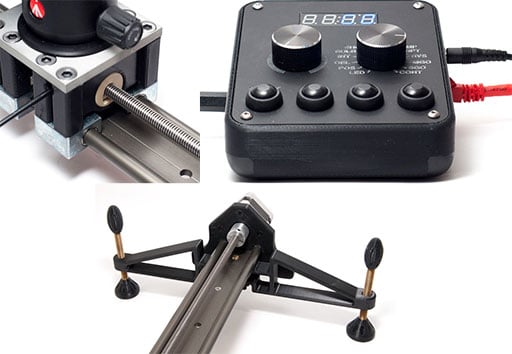 The heart of the system is an open sourced Arduino based Chronos lite system that controls the motion and shooting on the rail. The slider itself is built with the Igus system (which we reviewed here) and a long lead-screw. A lead screw has a few advantages over the conventional belt.

“The time-lapse rail is based on an Igus WS-10-40-10 and carriage which uses polymer bearings for smooth movement. With this as the platform a stepper motor, lead-screw and anti-backlash nut (for greater accuracy) can be used to turn it into a time-lapse system. By using a lead-screw and not a belt to move the carriage means when the rail is oriented vertically, the motor doesn’t need to apply much extra torque in order to move the carriage. The lead-screw locks the carriage in place whereas a belt system needs to keep the motor energized to stop the camera falling. Only a small stepper motor is needed to run the rail and the system I have made is based on the Chronos Lite”#

Here is the fun part (or fun parts, if you enjoy the pun), the rest of the slider (support legs, control chassis, end plates and so on) was printed on a Stratasys Dimension 1200es 3D printer. Pretty slick.

Here are some pictures of the actual parts of the slider from Tom’s blog: 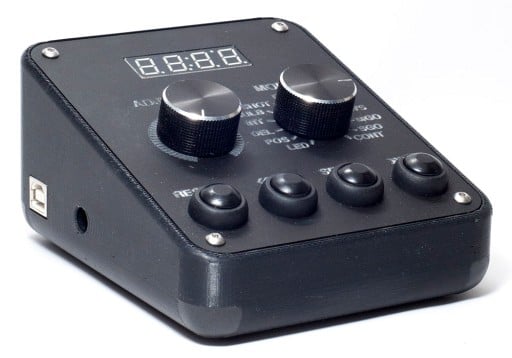 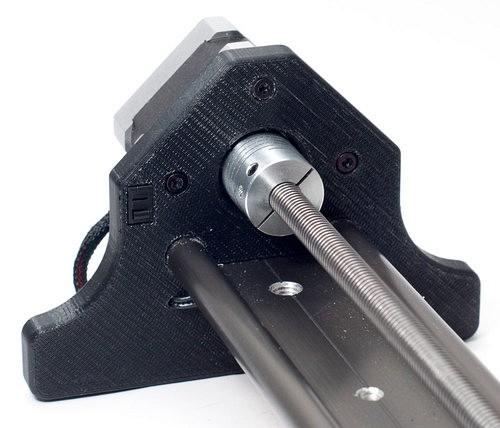 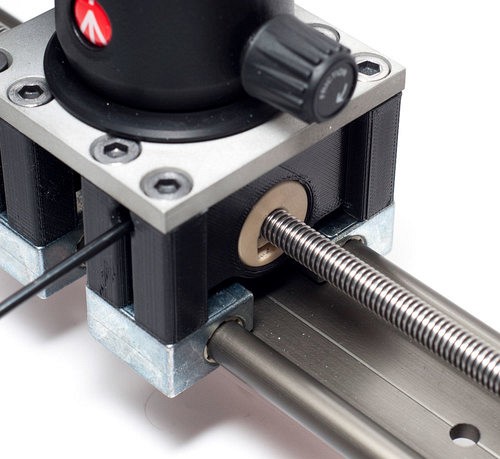 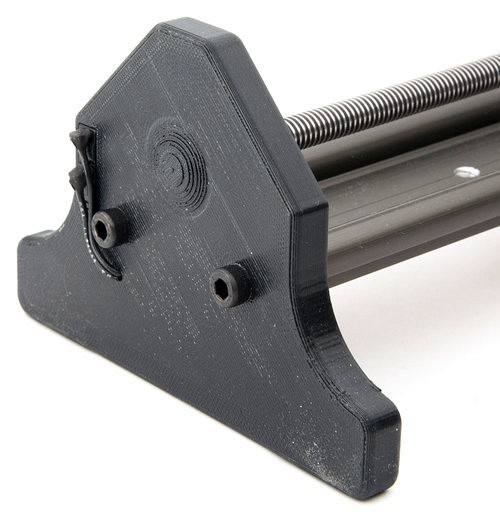 Tom is not currently selling the slider, but he has all the parts, plans and 3D STL files laid out on his blog for anyone to follow here, with the parts list here. And a set of the parts on Shapeways if you don’t have access to a 3D printer.