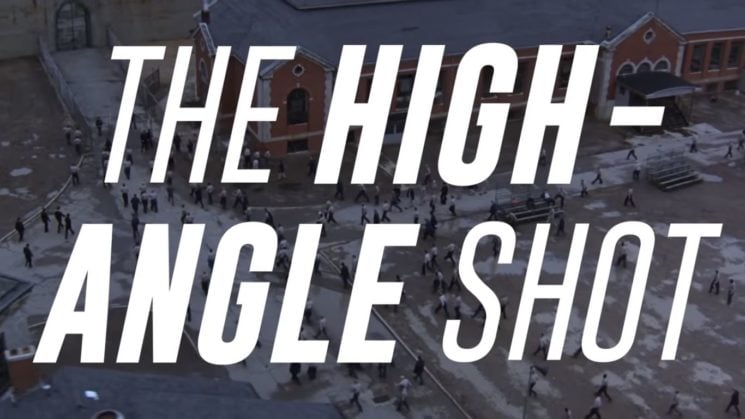 The angle of view is one of the elements that add to the story you want to tell in your filmmaking and photography work. In this video from StudioBinder, writer and director Arnon Shorr explains three main types of high-angle shots. He will teach you how to use them so you can take your video work to the next level.

High-angle shots can be subtle or extreme; tight or wide; used with a purpose, or simply because they look cool. Of course, this video focuses on using the high-angle shots with a purpose, and they have three primary functions: they can provide narrative information, elicit the emotional response in the viewer, and tell something about the character.

Imagine a big, dramatic crane shot that sweeps over the scene. This kind of high-angle shot establishes a context, and it’s excellent to give us a view of a broad scene or a large crowd.

The narrative high-angle shot is not meant to draw too much attention or evoke a strong visceral response. It can be pretty shallow and subtle, and it’s not meant to throw the viewer off balance.

Some high-angle shots are aimed to give the viewer a visceral thrill and the feeling of vertigo. This type of shot is also called “bird’s-eye view,” “overhead shot” or “straight down shot.” It usually doesn’t give you any new information of the scene, but it has a strong emotional impact on the viewer. It makes us feel uneasy or anxious.

The character-driven high-angle shot is a kind of a crossover between the narrative and visceral emotion, and it combines the elements of both. It makes the character appear smaller or weaker. It’s both a narrative device that communicates to us that the character is small and vulnerable, but it can also be visceral so the viewer can connect to the character’s vulnerability.

Arnon gives an example of Hitchcock’s movies, where the camera is placed high above the characters when they’re in jeopardy. Make sure to watch the video for more great examples, and check out StudioBinder’s blog to learn even more.

So, while high-angle shots can definitely look great –don’t just use them for the sake of looking cool. Use them with a purpose and to add a narrative and an emotion to your story.