There are many symbols on our cameras these days. Most of them are next to buttons that have a function. And we usually instinctively know what those functions are. Or, we can soon learn by pushing them and playing around.

There’s one symbol that exists on almost all cameras today, though, that has no button, no function, and often no explanation in the manual. But here, ZY Productions explains exactly what it is and what it’s for.

You can see the symbol in the YouTube thumbnail above, but if you grab your camera, I’d bet you’ll see it on there, too. It’s a circle with a long line through it. And what it does is highlight the position of the film plane. Or, in the case of digital, the sensor plane.

With modern autofocus systems, this isn’t as important as it might once have been for stills photography. But for video, where manual focus is still prevalent, knowing your actual focus distance can be important. Some cameras even have a protruding part to which you can hook a tape measure and physically measure distances. 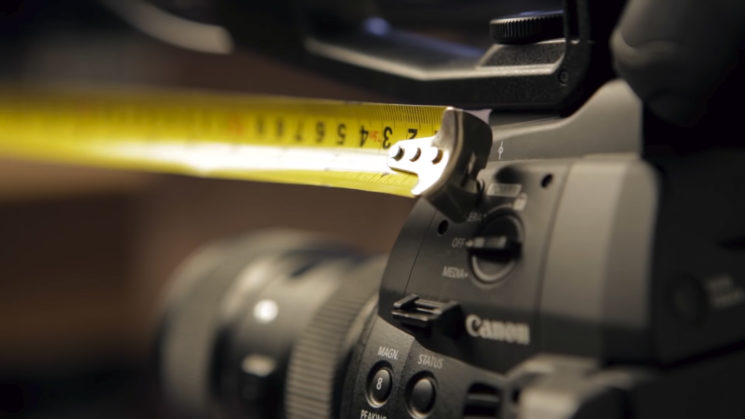 I don’t know when this symbol first appeared on cameras. It’s there on my 50+ year old Nikkormat FTn cameras. But, it’s absent from my Nikon N90s (1992-2001). And it reappears again on the top of the Nikon F100 and all of my Nikon & Canon DSLRs. So, it’s not something that seems to have been kept up with consistently by all manufacturers.

It’s there on pretty much all DSLR and mirrorless cameras from the main manufacturers these days, though.

So, if you ever wondered what it meant, now you know

Removing The Mystery From The Heart Shaped Bokeh Thing

BMK – A Mystery Project (I Can Tell You, But Then I’ll Have To Kill You)

Guide numbers explained – the maths behind the mystery