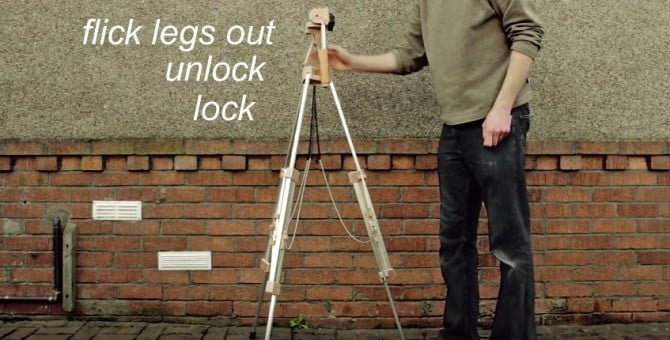 For some reason, we do not see a lot of innovation with tripods, I mean, it’s three legs connected with a base, what is there to innovate about?

Well a designer who goes by the name Product Tank  just invented the cleverest tripod I’ve ever seen.

You see, with most tripods, you have to spread the legs, open the locks (probably 6 of them), extend each section and then re-lock the locks. While this should take no longer than one or two minutes, it is quite an annoying task, not to mention adjusting the tripod once it is open. What if there was a magic tripod that can unlock, open and lock with the click of a button…

Enter the Super Tripod. This tripod uses a clever mechanism that unlocks the legs and re-locks them once the tripod is fully open (or at the height of your choice) with a click of a button.

ProductTank shares his motivation for creating this tripod:

Setting up a traditional tripod requires a lot of hand dexterity and you generally need to use both hands. But a lot of the time our spare hands are full carrying other equipment which we have to put down before we can set the tripod up. There is a need for a more inclusive tripod that can be operated easily with only one hand.

After a bit of head scratching I built this one handed tripod prototype (well this is actually about version 3). My design is similar in size and weight to a standard tripod, but it can be used entirely one handed. My design has several advantages over traditional tripods. It’s easier to use and adapts to different terrains more quickly, you simply hold the tripod out and shoot out the legs. Moving locations is easier and faster too as you don’t have to make multiple adjustments. Because everything is controlled from a central hand grip, the economy of movement required to set up and position the camera is greatly reduced. This innovation means it will be much easier to use by everyone

The mechanism kind of reminds me of a bicycle break (or a sing unblocker) only here it is used to hold and release each of the sections. 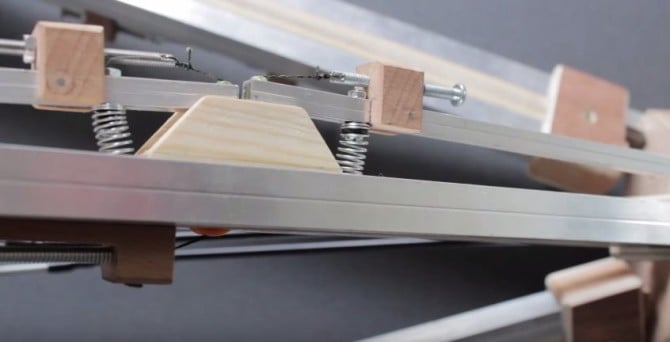 While this version is not made from flight grade aluminum or carbon fiber like most modern tripods, it is still very sturdy and can easily handle more than comparable tripods (this test shows a 7.5 pounds brick set on the top of the camera). 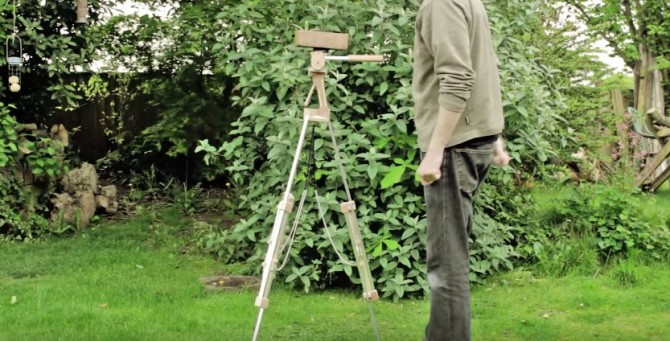 « Watch As a Huge Eagle Attacks Drone In Midair, Sending It Crashing to the Ground
How To Build A DIY device similar to the Light Blaster™ »