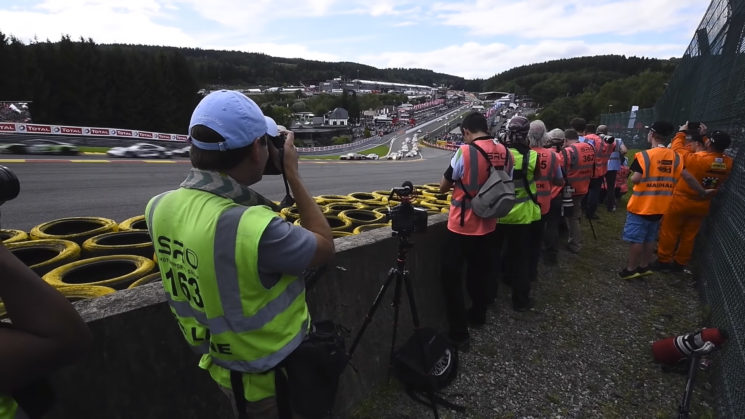 I generally shoot on location, and those shoots often last a good 8 hours or so. When I tell people this, they typically sound shocked, wondering how a shoot can go on for so long. But 8 hours is nothing compared to what motorsport photographer Jamey Price has to deal with when shooting a 24-hour endurance sports car race.

In this 13-minute documentary, we get to take a peek inside a world where the photographer’s endurance is put to the test just as much as that of the cars. Narrated by Jamey, we see and hear about the work that goes into such an event, and how difficult it can be to keep up.

As much fun as the idea of shooting something like this, I don’t think I’d want to, now. Seeing the kind of physical and mental toll it puts on you as a photographer is quite eye-opening. It’s something you really have to be passionate about, and Jamey says that motorsports is something he’s loved for as long as he can remember.

It drew him to photographing it as his profession as an adult. He’s been doing it for seven years now, but says that as much as he loves it, it’s still difficult to leave home. In 2017 alone, he flew on more than 90 flights to 8 countries on 3 different continents, leaving friends and family behind for weeks at a time.

But he still gets an incredible buzz out of it, and still loves both motorsports and photography. I think one needs to be passionate about any subject they photograph if they really want to excel at it. But this really takes that to an extreme.

Jamey also wrote on his blog about how the video came to into being at all. He talks about how the whole idea got started, how it was funded through Kickstarter, and describes the hiccups along the way. It’s well worth a read.

It’s a very interesting look into a world that most photographers will never get to see.

This short documentary was shot on an iPhone XS