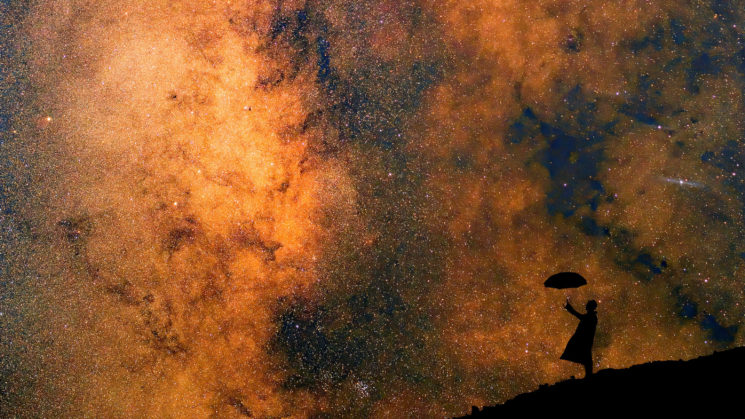 NASA/Sky published my Milky Way image captured with a Star tracker and a Canon 6D camera. NASA posts images on social networks and then chooses one to win an APOD astronomy picture of the day. Here’s my winning image, along with the explanation of how to make this type of silhouette Milky Way image. While the camera is just a Canon 6D, the Astro gear needed is not trivial.

Where was the photo taken?

I shot this image in Niztana, Israel, near the Egyptian border, during a private workshop for my friend Miki Shpizter (who is also a talented landscape photographer).

What’s in the photo?

We are seeing the Milky Way. Unlike most photos that capture a big part of the trail, this photo focuses around the core in the middle of the spiral arm. In the center of the photo, we can spot the Lagoon nebula. The Eagle nebula is shining red in the top part of the photo.

This was my setup for the shot:

And here are the apps I used for planning and executing it:

Tracking is the key

The first thing you want to get to shoot stars properly is a mount tracker – a tracker helps keep the stars in the same framing point without trailing in long exposures. A few mobile ones perform well, like the Ioptron Skyguider Pro on a good tripod. The one I used was the MT055XPRO3  from Manfrotto.

Then you have to get the proper balance with counterweights to match your camera and lens. After getting the proper balance, I focus on the stars. I did it manually, but it’s always better to use a DSLR Bahtinov mask.

I recommend checking apps like Sky Safari for the location and rising time of the Milky Way. This includes any other DSO deep space objects. This way, we know where and when to shoot, and how big any object will be in the frame.

It is always good to check your location in daylight to know the foreground and to plan your shot. The other way to plan it is using Google Earth maps and Photopills planner. After finding the perfect foreground (mountains, trees, etc) that will look good with your silhouette. In this case, my friend Miki brought some props we can use: umbrella, Tallit, raincoat, hats, all these things can go great with silhouette imaging.

For the foreground frame, I took a few shots of Miki posing in the mountain. It wasn’t that far so we could communicate for him to go left or right so I can compose the frame properly.

As for framing the sky, after the astronomical twilight ended, the “dark time” starts. That is the time we can start seeing the Milky Way rising, as well as its core. This is when I started the do the polar alignment. I set up the intervalometer using ZWO Asiair Pro. I took six tracked images at 180 s exposure + 10 dark frame images of the Milky Way using the Sigma art 50mm f/1.4 lens and the Canon 6D at ISO 800.

After shooting, I stacked the images in PixInsight and edited them in Photoshop for blending both images.

Finally, in Photoshop we just blend the foreground image. Same as HDR shooting to get proper exposure for each part of the frame. 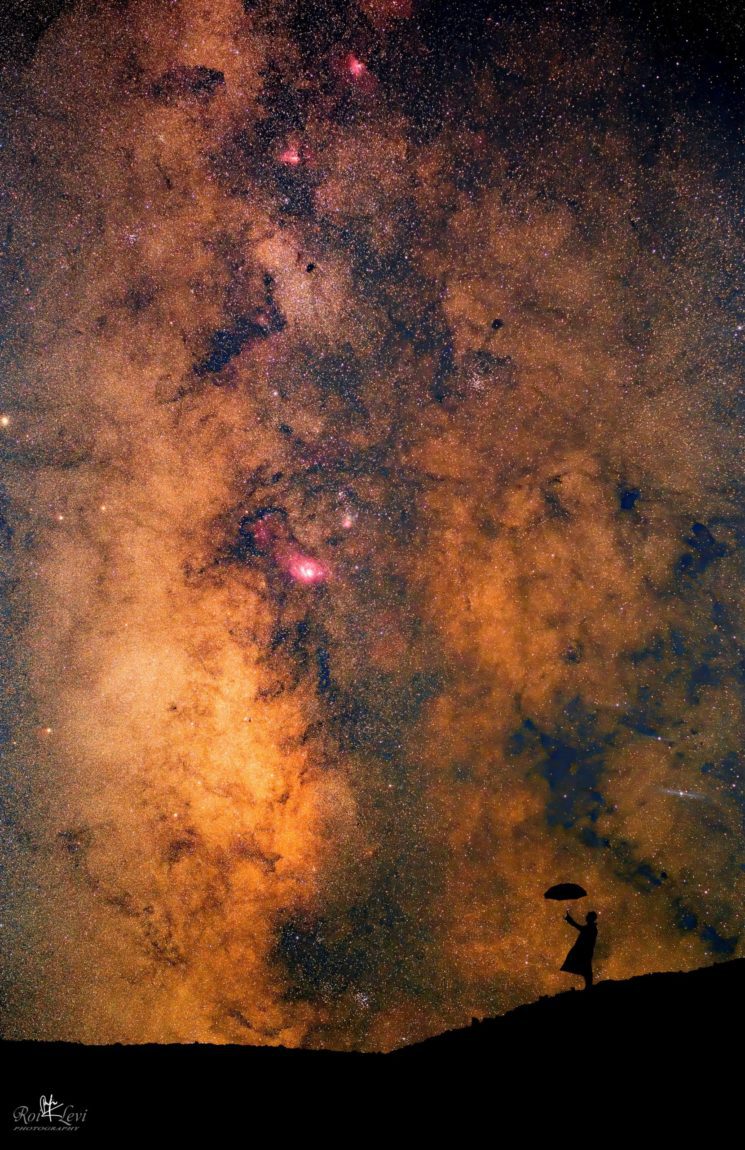 Roi Levi is an Astro and landscape photographer. He also gives night photography workshops in Israel and USA (Texas and Utah) with Deep Space Workshops. You can find more of Roi’s work on Instagram and Facebook.

Linkin Park Reaches Out to Live Photographers, Launches Contest to Shoot for Their Tour