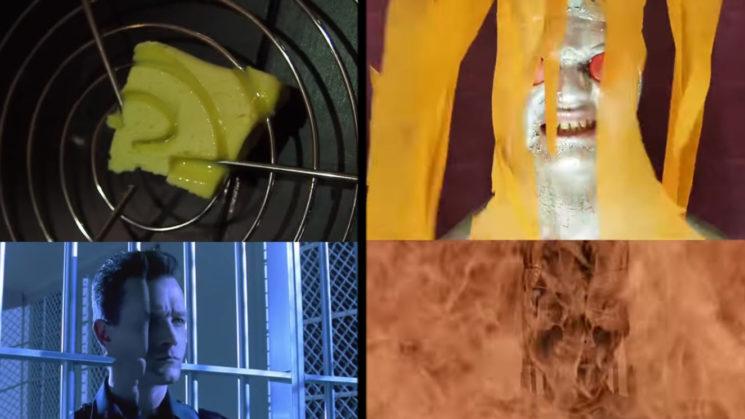 Even if you have a limited budget, you can still recreate the look of some famous movies and TV shows if you have enough imagination. But guys from Studio 188 are taking these recreations to a whole new (and utterly hilarious) level. They create low-budget trailers for famous movies and TV series. Actually, zero-budget could be a better description, since they use nothing but household items and their imagination. Terminator 2, Star Wars, Game of Thrones, you name it – they can recreate it, and make you laugh out loud when you see the result.

I found out about Studio 188 when my brother-in-law sent me a video of low-budget Terminator 2. I thought it was funny from the very beginning, but the bread scene totally cracked me up! It reminded me of Alex Ramires and his hilarious recreation of The Little Mermaid we featured before. But since Terminator is so badass, I found this even funnier.

Then I decided to watch a few other videos. The guys recreate Hollywood blockbusters, and as we all know, their budget is counted in millions of dollars. And yet, Studio 188 only uses what they can find around the house and maybe at a dollar store. That’s what makes it so freakin’ funny.

As a Star Wars fan, I have to share this one too:

And here are two “blasts from the past.” Right in the childhood!

Seven tips for successful filmmaking even when your budget is zero