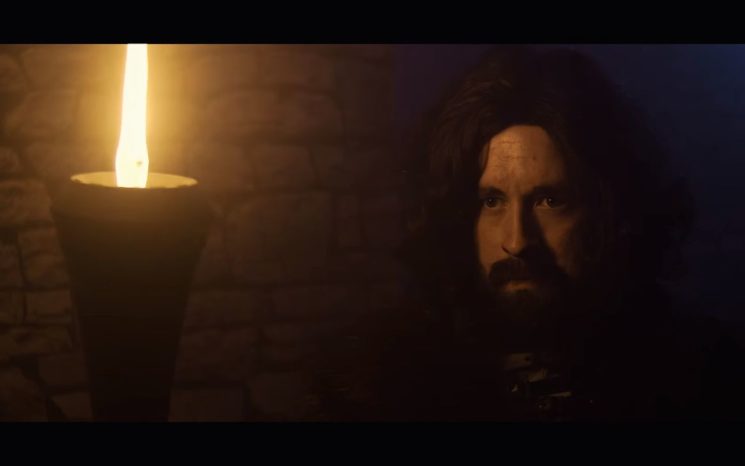 Even though the final season of Game of Thrones has been a huge disappointment for some of us, there’s one thing we can’t deny – it looked freakin’ gorgeous. In this video from Film Riot, Ryan Connelly shows you how to achieve the Game of Thrones style and feel. Of course, the HBO show had a massive budget, but worry not, Ryan’s suggestions work for all us common folk who are more into DIY than high-budget solutions.

The background is the biggest challenge to get right. As Ryan notes, “if it’s modern, it’s just not gonna work.” You can put a Starbucks cup in the foreground though, that apparently works even for GoT, but that’s another story.

You can find a great location outdoors to shoot, but for the purpose of this video, Ryan and his team did everything in the studio. They used photo backdrops from Amazon, which you can find in different versions–brick, stone, wood–for only $18 for a piece. You can of course use just one backdrop against a wall; however, Ryan and his team decided to use three pieces of backdrop arranged to look like a hallway. If you decide to do the same, keep two things in mind. First, it moves if it’s not against a wall, so put a large box or something like that behind to stabilize it. Second, light will spill through them as these backdrops are thin. Ryan added a piece of black fabric behind them to stop any light spill.

These backdrops work best when they’re a little bit out of focus. The focus will be on your actor, which should put the background out of focus just enough and make it look realistic.

Now that you’ve got your“brick walls,” you can add some haze to the room using Atmosphere Aerosol. It’s a pretty cheap way to create haze, yet it will add to the atmosphere you want. As for the costumes and props, Ryan and his team went for super cheap stuff. They look ridiculous in daylight, but on a dimly lit set and shrouded in haze, they sell quite well.

Now, lighting is another essential element of the scene. Once again, you can go with quite a simple setup. In this case, a torch is your main light source. There are also two blue colored LED lights placed high above the actor, which give a sort of moonlit look and add some contrast to the yellowish light of the torch. There’s also a reddish light in the background to add the look of fire from behind. Finally, there’s a clamp light on a dimmer to add the flicker of light to the front wall.

Finally, we get to post-production. Despite this being a totally DIY, low-budget setup with the majority of the look achieved in-camera, there was some post-production required. All Ryan did, in the end, was apply one of the LUTs from Film Riot’s new pack, and that’s pretty much it.

Of course, we can’t entirely replicate the look of one of the most expensive TV shows ever made. But there’s nothing wrong with drawing inspiration from it and finding solutions to make our videos or photos look as close to it as possible. It helps us come up with new ideas and solutions and strengthen our DIY muscles. And after Season 8’s final episode, we sure can think of a better story at least. But that’s just my two cents.

[DIY Filmmaking: Getting the Game of Thrones Look | Film Riot]

« How to make a DIY smartphone gimbal with just a mop, paint roller and tin cans
This is the first timelapse shot on the new 102-megapixel Fujifilm GFX100 »