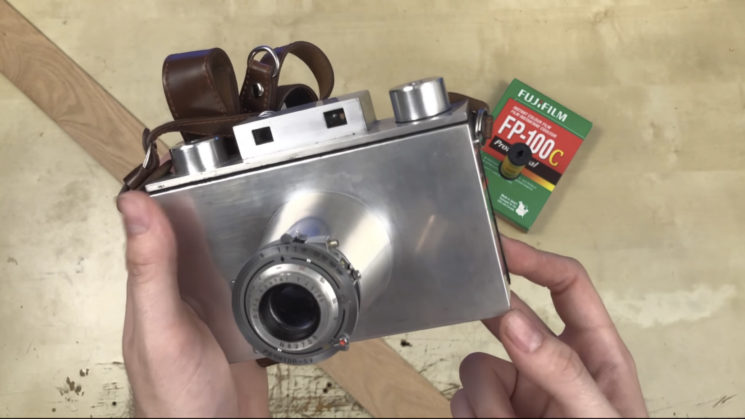 Building your own camera can be a whole lot of fun. Lucus Landers has been building them for a little while now. His latest creation is the Landers AL6, a 6×6 medium format camera. People have made 6×6 medium format cameras before, but this one’s not your typical DIY project that anybody can do at home. It was made using a mix of techniques including 3D printing, sand casting, welding and milling.

While many of us may not have the resources to craft something like this ourselves, it’s still interesting to see how it’s done. Fortunately for us, Lucus recorded videos showing the entire construction of the camera from start to finish. It’s a 9 part playlist, and it really is fascinating to watch.

Lucus starts by explaining exactly what a camera is at its most basic. He then shows us some of the cameras he’s made over the years, and how each has advanced from the previous one. Building cameras is an iterative process. You design, you build, you learn, you tweak, and the cycle starts over with a new camera. While it may not be the most efficient method to arrive at your final design, it is the most educational. You’ll understand why things are a certain way, and you’ll still make several usable cameras along the way.

The journey for this particular camera begins with 3D printing the nose cone which holds the lens. But none of this camera’s construction is plastic. It’s aluminium. The 3D printed part is used as a positive to make a mould for sand casting. Getting a 3D printed plastic part ready for creating a mould, though, requires a lot of sanding and filling to get it as close to perfect as possible. 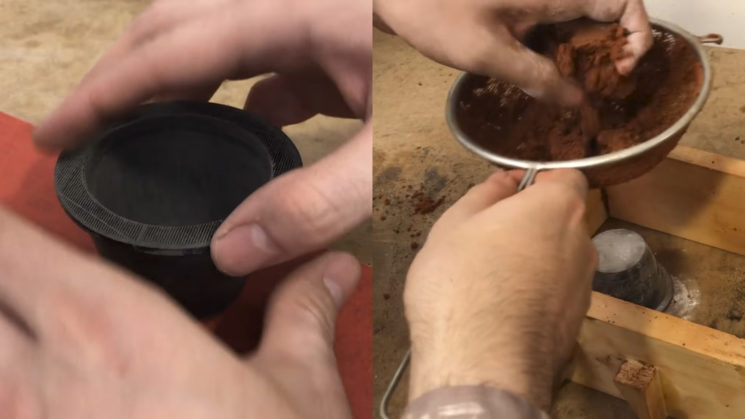 With the mould made, aluminium is melted down in a furnace and poured into the mould when molten. After it’s pulled from the mould, the sprue is cut off and it’s set in a lathe for a bit of fine machining to get it down to its final dimensions. 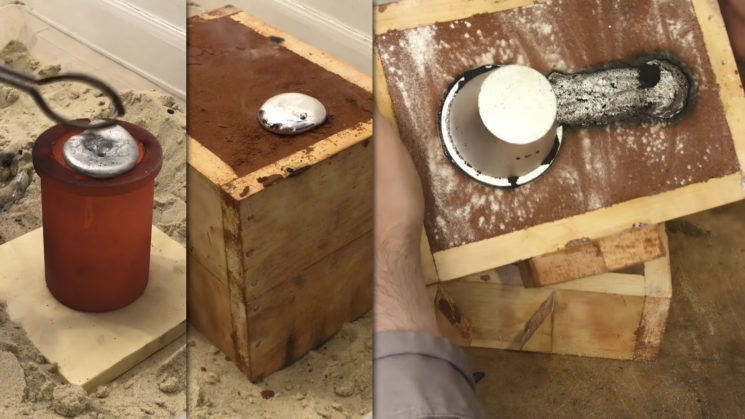 After a little experimentation trying to make the camera body itself from a single sheet of aluminium, Lucus gives up on that idea. Instead, he chooses to invest in a TIG welder and welds the body together from lengths of flat stock. A bit of drilling, milling and sanding, and he ends up with his final camera. 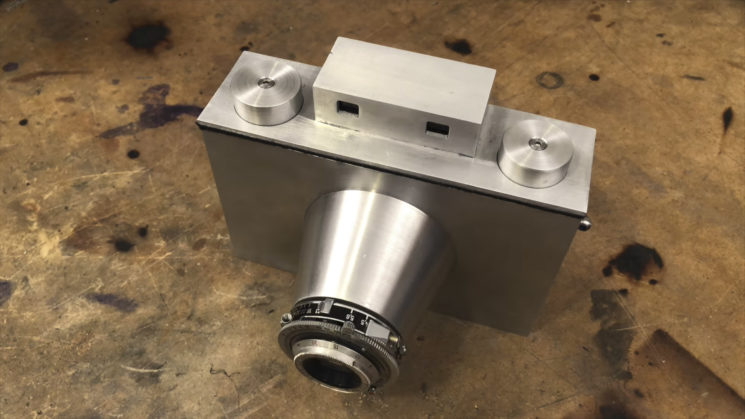 You didn’t think I was going to write out his whole 9 part series, did you? You’ll have to watch the videos for that. But it really is interesting to see the thought and processes that go into designing and building something like this.

It’s definitely beyond my abilities, though. Not to mention, I have no furnace, lathe or milling machine. Yet.

You can check out some of the images Lucus has shot with this camera over on his Instagram.

A Hand Made Motorized Panoramic Head (Made With An Old CD, And Handmade Gears)

« Woman arrested for smuggling 209 pounds of cocaine, says she did it for Instagram fame
This is what it’s like to shoot ultra large format wet plate macro in a cherry blossom tree »