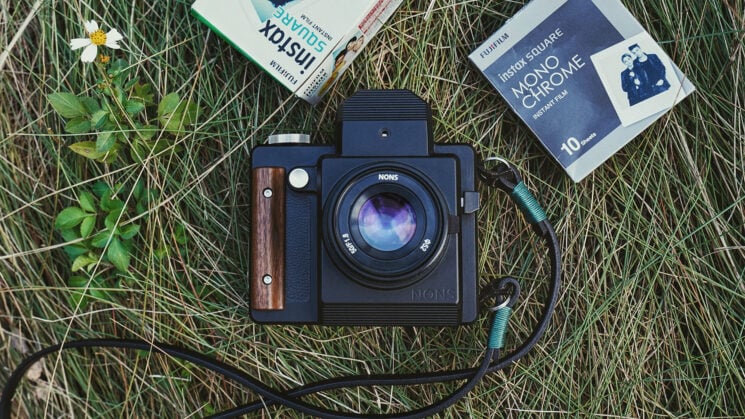 We’ve seen a couple of great projects from the folks at NONS over the last couple of years, like the original NONS SL42 in February 2020 followed by the NONS SL42 Mark II in 2021. These cameras shoot the 4:3 aspect 645 medium format Fuji Instax film. Now, NONS has launched their newest camera, the SL660 which takes the slightly larger 6×6 Fuji Instax square film.

Like the previous models, the NONS SL660 features a passive Canon EF mount with no electronic signal for autofocus or aperture control. The mount might seem like an odd choice, but it allows you to easily adapt to M42, Nikon F, Pentax K, CY as well as medium format system lenses through the use of adapters. and as with the previous models, this one’s launching on Kickstarter.

The main body of the NONS SL660 is made from CNC anodised aluminium alloy with a stainless steel speed dial. You get shutter speed control with flash sync up to 1/250th of a second as well as bulb mode, multiple exposures and a hotshoe for an external flash. It has an optical viewfinder for an SLR viewing experience with a focal length reducer that allows you to see the wider field of view that the Instax format captures.

It’s the same sort of tech that’s in the NONS Format Extender (NFE) adapter released with the NONS SL42 Mark II which allows 35mm SLR format lenses to cover the 645 medium format instant film. And when it comes to the NFE adapter, you don’t one for your lenses with the SL660 as it’s built right into the camera itself, giving them the ability to completely fill the 6×6 Instax frame directly. You will still need a regular adapter for using non-EF mount lenses, though! 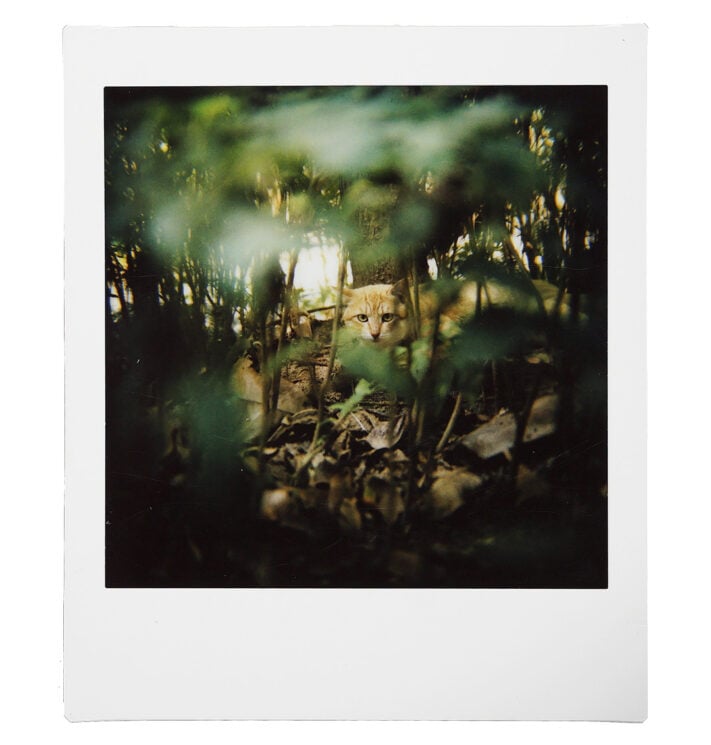 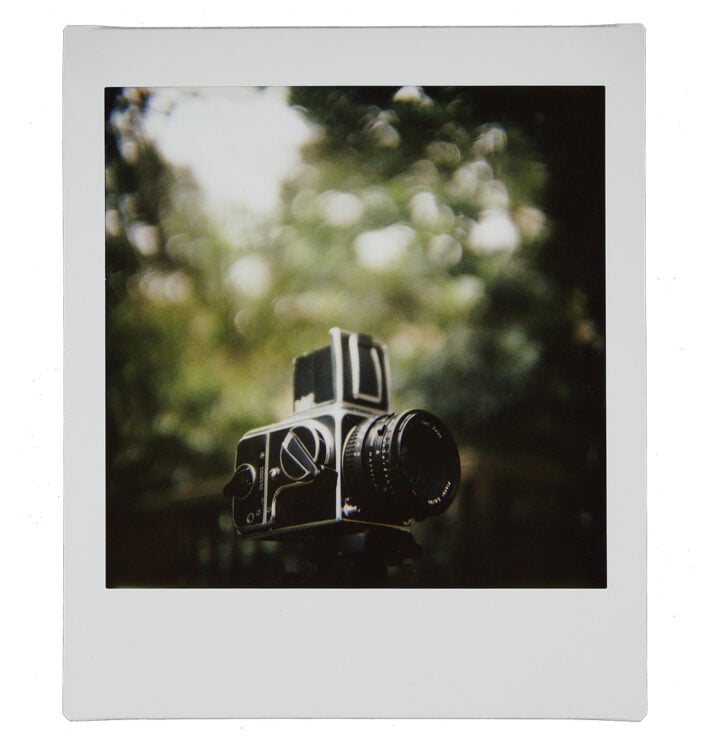 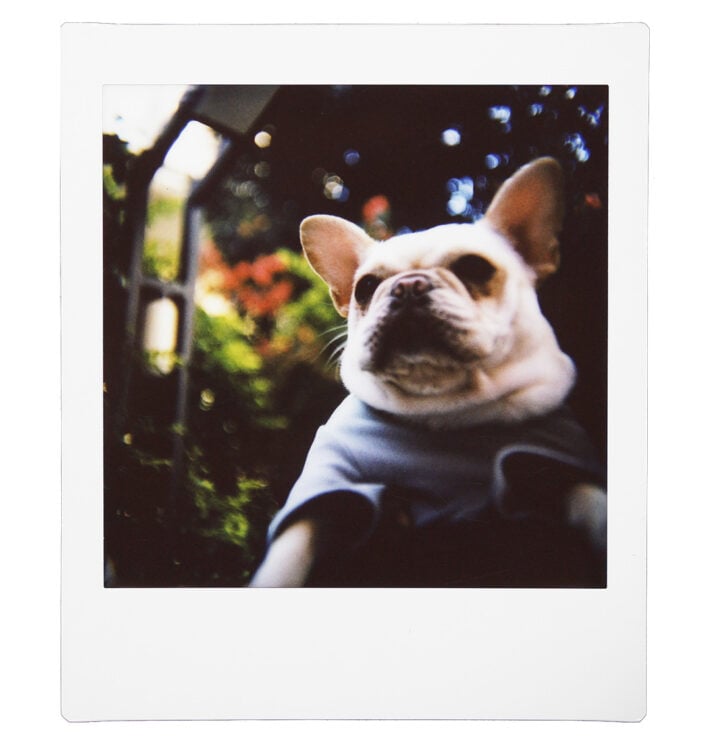 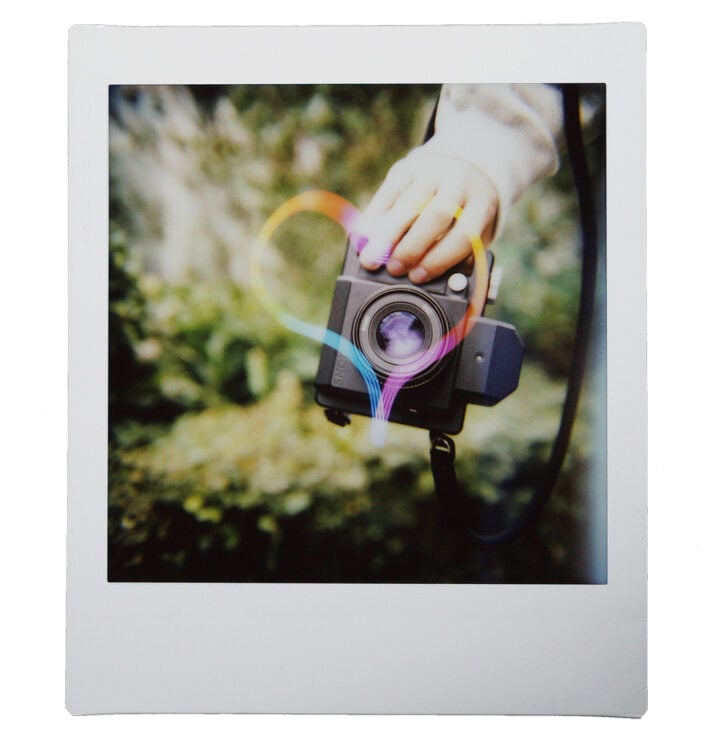 Despite the larger format film of the SL660 over the SL42, it’s a relatively compact design. NONS says they have re-designed the reflex mirror unit to provide shorter shutter delays and a more compact size than the SL42. They advise that for best use, a focal length of around 28-58mm works best as longer lenses can show some pretty strong vignetting. But, maybe vignetting is your thing. You’ll just have to experiment to find out. 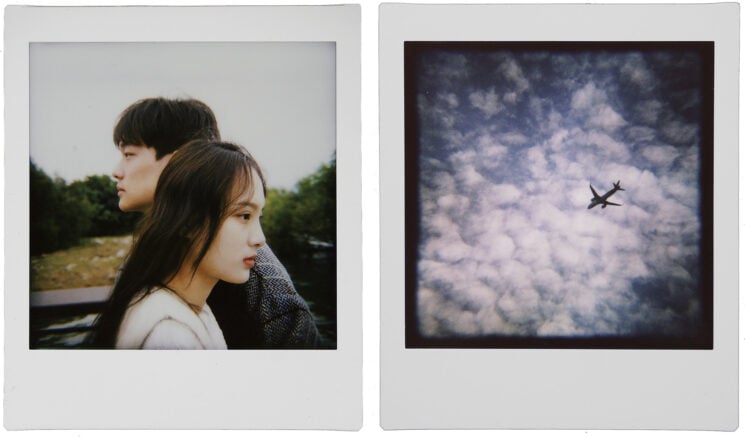 It features a built-in 3200mAh lithium-ion battery which gets around 100 shots on a full single charge and sports a Type-C USB port on the outside for charging – so, you can easily charge it up from a power bank or even your smartphone if it supports charging other devices. Other than that, it works pretty much as would any other traditional SLR. It even has an integrated light meter for a quick shot or you can go full manual control. 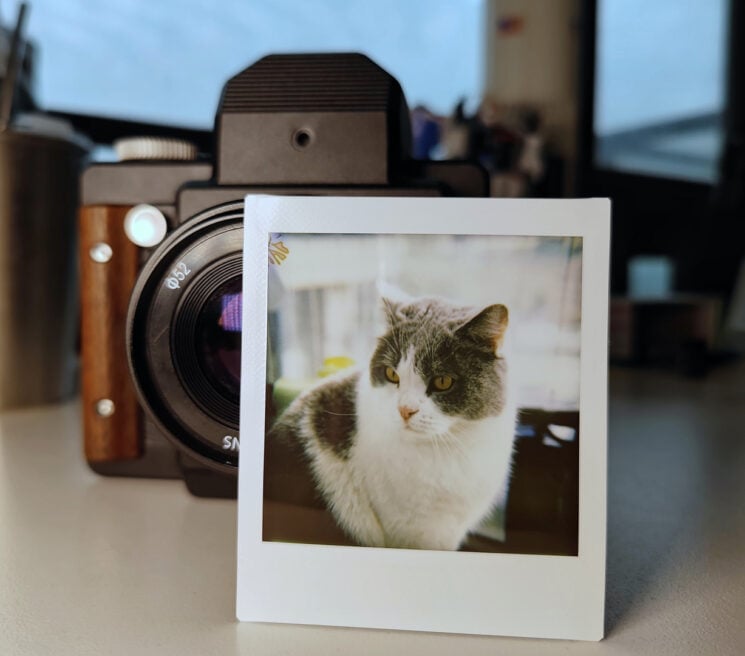 The idea of 6×6 with my old SLR lenses sounds pretty fun and intriguing – especially if I can use it with flash. I might have to pop one of these on my wish list for the future to have a play with. No cats for me, though!

The NONS SL660 has already smashed through its modest campaign goal and is expected to start shipping in July 2022. If you want to back the project, pledges are currently at around $505. To find out more head on over to Kickstarter.