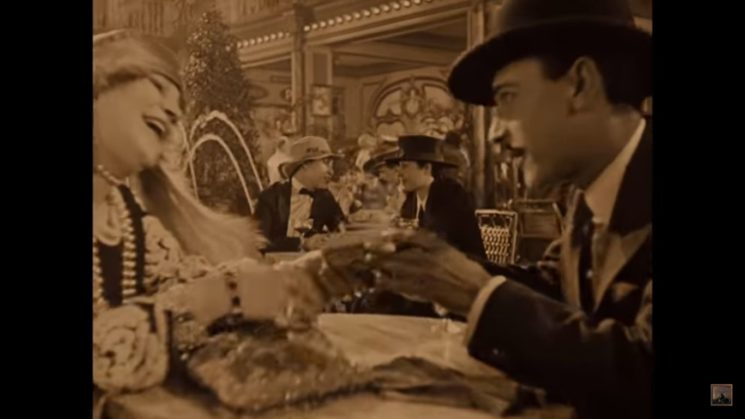 Some silent films from the early 20th century were groundbreaking in terms of stunts and effects. The 1927 movie Wings was way ahead of its time by more than one criterion, and one of them is certainly epic camera movement. You can see it in the clip below, and you’ll agree, this is the kind of shot we see in movies to this day.

The tracking shot has the camera move across several tables until it zooms in at the main subject and his table. It doesn’t look like much nowadays, but just remember that this movie was filmed almost 100 years ago. But as I mentioned, Wings was a pioneer in a few other aspects.

In the scene above, you can also see two girls dressed in men’s clothes looking at each other lovingly. But more than that, this movie was one of the first ones to show a kiss between two men. In addition, it was also among the first widely released movies to show nudity.

There’s no doubt that Wings was different from most other movies of its era and that it was ahead of its time. Hence it was the first-ever movie to win the Academy Award for Best Picture, and the only silent film that has ever won in this category.

« Lightroom vs. Photoshop, which one does a better job with sharpening?
Panasonic’s new G100 vlogging camera makes on-camera mics obsolete but there’s no IBIS »