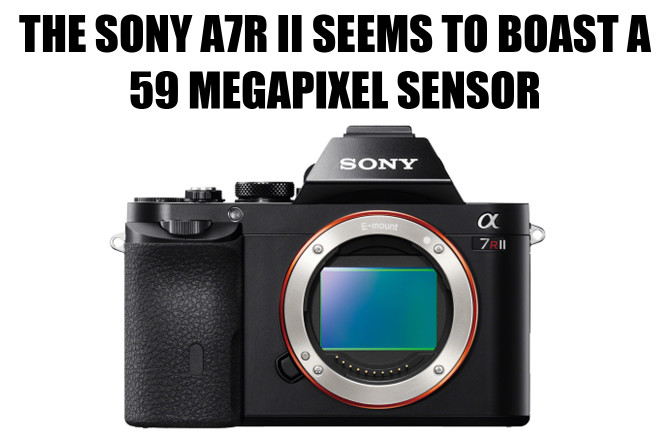 A few days ago we shared a photo that seems to have been taken with the Sony A7r II and uploaded to the Zeiss Lenses’s Flickr account.

The photo’s resolution indicated it was captured using a 56MP sensor, but the irregular image ratio suggested that the sensor is most likely even larger and that the photo was cropped by Zeiss.

Keep in mind this information has not been confirmed, though there are several good reasons to believe it is true.

The resolution of the previously reported photo was 8910 x 6300 (56.1MP), but the EXIF data of what appears to be an uncropped image that showed up on the EOSHD forums has the sensor at 9440 pixels. The wider image, which is also in the ‘correct’ 3:2 ratio, tells we’re looking at a 59.4MP sensor. That’s almost 10MP more than Canon’s record breaking 50.6MP sensor.

Other than the fact that the second image mentions the camera model as “ILCE-7R II”, I don’t think anybody would be surprised if Zeiss got a pre-production camera or two to get a head start on advertising, testing their products, etc.

As previously mentioned, it also seems very unlikely that Zeiss would upscale a photo intended to display the very best image quality.

EOSHD rightfully states that there was no reason to delete the EXIF data of the first image had it been taken with a commonly available model.

Sony is expected to announce a few new cameras later on this month, so hopefully one of them will be the A7r replacement and we won’t have to wait too long to get the megapixel count of the new sensor confirmed.