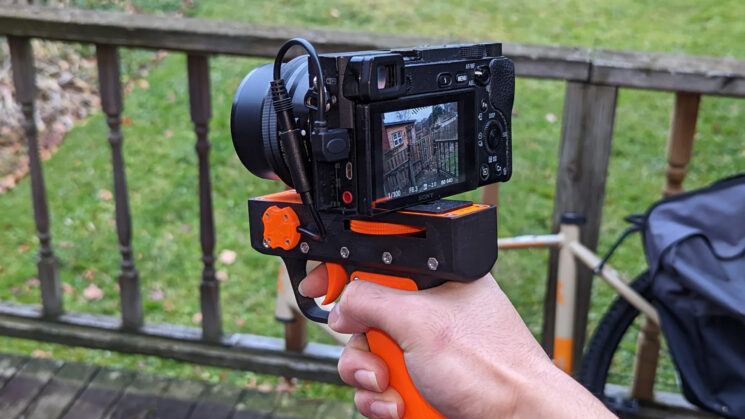 While words like “shoot” might sometimes get you into trouble on certain social media platforms, this is a device that blurs the lines between its two typical uses. This is the Photopistol. It’s a pistol grip for mounting your camera two with a “trigger” that fires your camera. It’s designed by the user TH1813254617 on Printables, and it actually looks pretty neat – and perhaps more useful than a mere gimmick.

It’s inspired by the Soviet-era Photosniper and designed to be 3D printed. It’s also modular, allowing you to print different parts of it in different colours to suit your personal aesthetic. Below is a typical pistol grip with a trigger, and above is a mounting point for your camera with a 1/4-20″ thread. It’s not going to be to everybody’s tastes, but I can see where a mount like this could be advantageous. 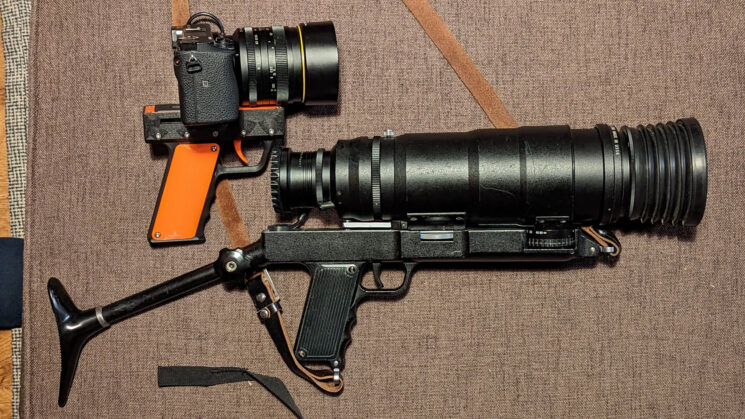 There are 15 total parts to print, and there are complete build instructions and a bill of materials on the Printables listing. Other than the printed parts, all you really need are a few M3 bolts and nuts, a 1/4-20″ bolt to screw into the camera, a couple of micro switches for the trigger to hit and a cable to connect up to your camera. I think I’d go with a standard 2.5mm TRS socket on a cable if I were to make one of these, just so I could easily use it with any camera just by swapping out for other standard cables that come with just about every intervalometer, wireless camera trigger, or camera slider.

The original Photosniper served its purpose back in the day. It allowed photographers to move somewhat rapidly with a camera between subjects while still having that shoulder support to help keep things steady. I think with as small and lightweight as mirrorless cameras have become now, though, not to mention the fact that many of them now feature 6-8 stops of image stabilisation between the sensor and lens, a pistol design is possibly far more useful today. With shorter lenses, anyway.

But if you have heavier cameras and longer lenses, there’s no need to worry. It seems that we might have a “Photorifle” design coming in the near future, along similar lines to the original Photosniper, to cover bigger setups!

Not one I think I’ll be printing myself, although I can see where it may offer some benefits. If you print one, you’ll definitely want to be careful where and when you use it!

« Does it matter that the viral snow leopard images are fake? Yes, and this is why
The best photo upscaling AI in 2022. Compared. »