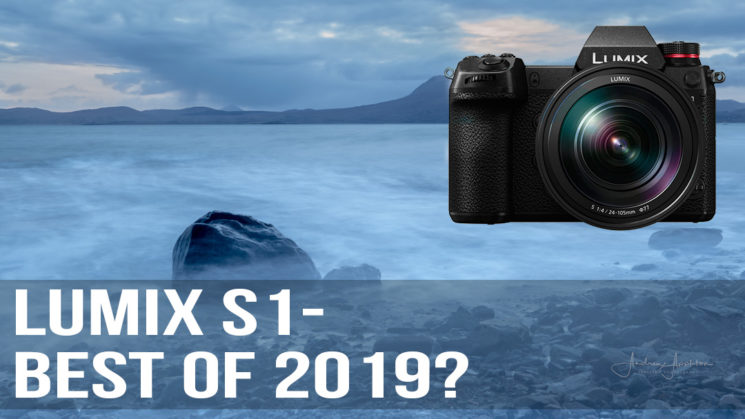 Here’s me, a mirrorless user for about three years now and exclusively mirrorless for the last 18 months. It stands to reason that it wasn’t going to be long before I got my hands on the Lumix S1 to put it through its paces. So, I hired one from Lenspimp and gave it a 10-day test drive.

It’s impossible to discuss this camera without making comparisons; after all, that’s what product development is all about. It’s evolution. Over ten days out and about with the Lumix S1, I built up a pretty clear picture of how this camera measures up to others in the marketplace.  It intrigued me to see the path Lumix has taken with the S1.

Let me give you an idea of where I have come from, camera-wise, and it will make more sense. Like many photographers, the original attraction of a mirrorless camera for me was the reduced weight. This meant that the micro 4/3 with its smaller, lighter lenses was definitely the way to go. Of course, you can’t have it all. Although there isn’t much I can’t do with my Lumix G9 that I couldn’t do with the Nikon full frame, there are some trade-offs.

Primarily, Hi ISO/low-light photography and achieving a super-shallow depth of field.  Obviously, I can achieve shallow DOF by using lenses that have a wider aperture. In reality, there’s a two-stop difference between MFT and FF; therefore the lens I would need to match my old full frame f/2.8 70-200mm is an f/1.4 35-100mm. Well, it doesn’t exist, does it! At the end of the day, my current Lumix system is lighter so I can live with the odd limitation. The G9 is perfect for much of what I do, especially my travel photography.

The point I really want to make here is that the S1 is not a small, lightweight mirrorless. In fact, Lumix have made no attempt to go down the small body route. And why would they? They’ve covered that market with their full range of MFT bodies and the small, lightweight lenses that go with them. But if my only consideration was weight, I would be missing a trick or three. Because there are many other reasons to go mirrorless and Lumix have developed some brilliant features. And they’re only possible because the S1 isn’t a lightweight camera. In effect, Lumix have created a direct competitor for the other cameras pitched at the Pro DSLR market.

What the S1 gives you

My ten days of shooting with the S1 really drove home the enormous advantage of mirrorless – WYSIWYG! I know this was a phrase bandied about in the 1990s with reference to word processors, but it does sum up what you get with mirrorless. What you see is what you get – and, with an EVF as good as the S1’s, it’s very close to the final image. Plus you have the advantage of a live histogram and many other nifty features like focus peaking and magnification adjustment for glasses wearers. Collectively, these all combine to make a compelling argument for mirrorless cameras and the Lumix S1 in particular, even if it is pretty much the same weight as most DSLRs.

So what are we saying about this size thing? Could I live with it? Definitely. Yes, the S1 is bigger than my G9. It has to be, but actually, I found it easier to hold steady than the smaller-bodied Lumix. It felt very comfortable and well-balanced in the hand. Couple that with the amazing image stabilization and you really have something very handy indeed. The G9 scores highly here but the S1 has the edge. I found myself hand-holding frequently at 1/2 sec, as in this shot. 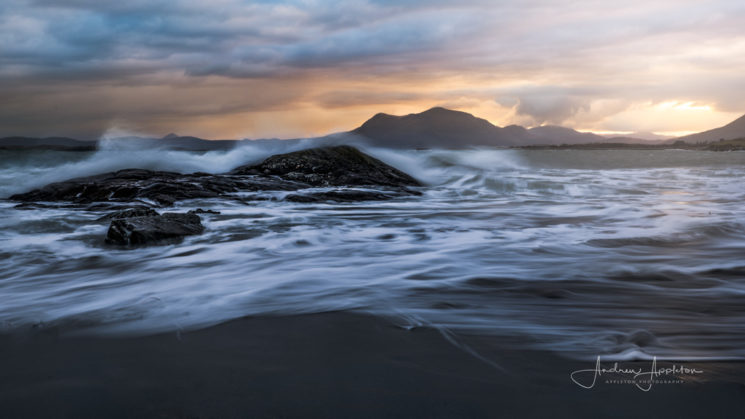 It made bracketing so easy. Time after time, I was taking 5 shots, hand-held successfully, and then merging afterward in post. 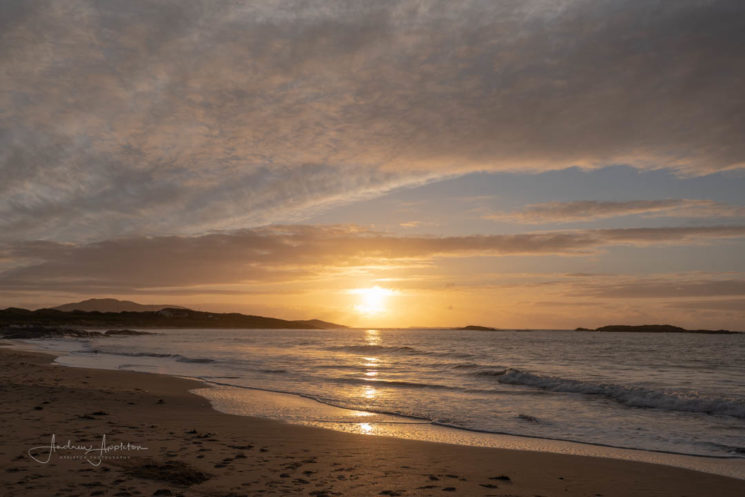 That brings me on to the S1’s low-light facility. I love getting out at night with a camera and, for that, you need high ISO capabilities. Again, the S1 doesn’t disappoint. Take a look at this shot taken at ISO 51,200. Digital noise is negligible. It’s certainly a usable shot. Combine this with over 6 stops of image stabilization and you can hand-hold in very low light. Some cameras would struggle to focus at these light levels but for the S1? No problem, even with the f/4 kit lens.

One other notable point. I loved my Nikon D750 in low light levels. Due to its fairly flat response, I could shoot 2 – 3 stops under-exposed and then recover in post with no loss of quality. A really useful trick if you want to protect highlights and lift shadow detail. The S1 seems to be just as good. At ISO 6,400, I could increase exposure in post by 2 stops with no noticeable increase in digital noise. 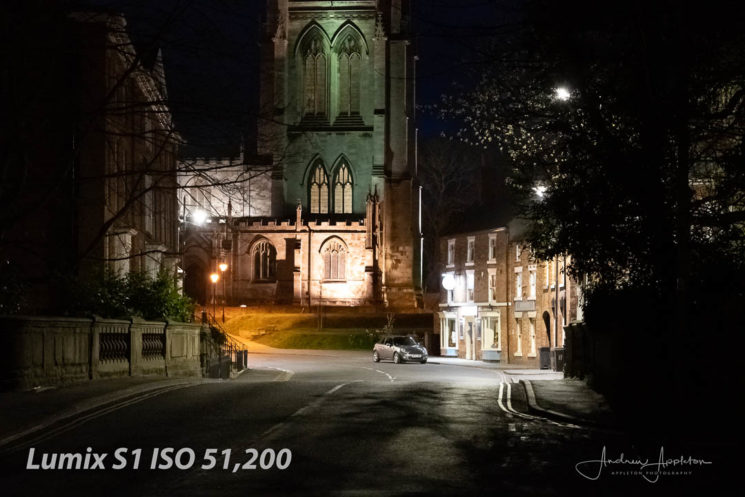 Finally, the build quality of the S1 is right up there. All in all, Lumix have designed and created a very useful new tool which stands tall in the Pro marketplace. It makes some persuasive arguments for moving to mirrorless. If you already shoot mirrorless like me, there’s definitely a place for the S1. It won’t replace my G9 but will sit very nicely alongside it thank you.