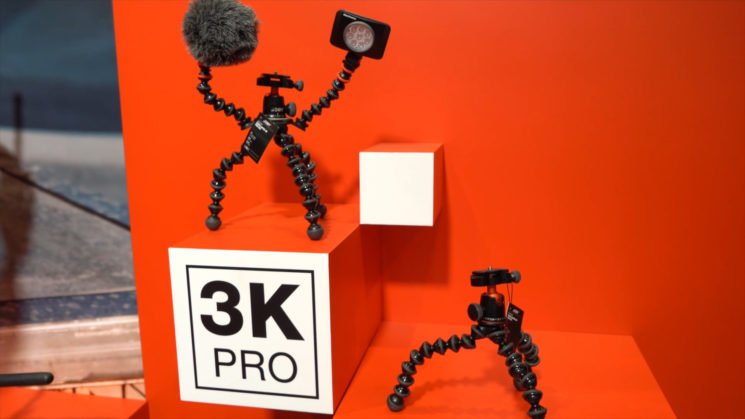 Joby’s Gorillapod has been the tripod of choice amongst many vloggers for quite a few years now. They weren’t originally designed for this use, though, and it’s been tough for them to stand up to the rigors of daily use for this purpose. They don’t always last as long as some might hope and vloggers have posted at length with their frustrations, yet still keep buying more.

Joby has now responded to those concerns, though, announcing the Gorillapod 3K Pro – a lightweight aluminium version of the Gorillapod designed to help stand up to those daily vlogger demands. DIYP had a chat with Joby during NAB 2019 to find out more about it.

The Joby Gorillapod 3K Pro has been designed specifically for mirrorless cameras used primarily for vlogging. As well as upgrading the legs to an aluminium construction, the head has undergone something of a redesign to help it better fit the form factor of the current range of popular Sony and Canon mirrorless cameras used by vloggers. It’s an Arca Swiss compatible plate, but it’s seen a bit of a size reduction to look and feel a little less bulky.

It will be available from the end of May or beginning of June, and the price will be around $150 for the basic kit including the legs and the ball head or $180 for the full rig.

Fujifilm further beefs up its X-series lineup with the X-E2S, X70 and XP90