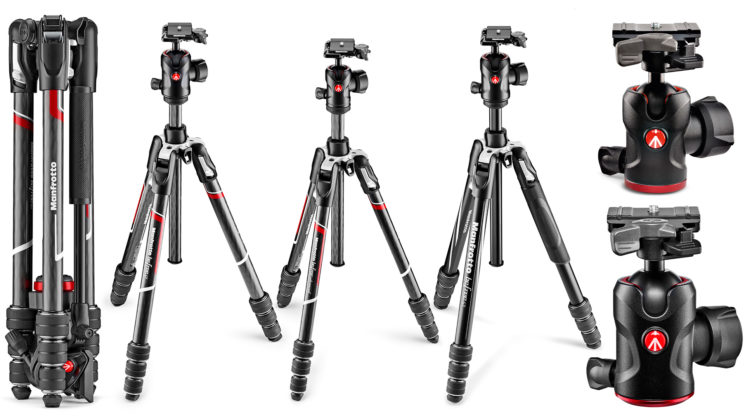 It’s the time of year, at least for those of us in the northern hemisphere where the days are long, and we’re starting to get that travel bug. The sun’s well and truly back, and we want to get out exploring with our cameras. To do this, especially if we want to shoot any long exposures or video, we often need a tripod. But they can be big, heavy, cumbersome things.

Well, Manfrotto’s got your back, with four new tripods, three of which are carbon fibre. There’s a new Befree Advanced CF, a Befree Live Twist CF, and two new Befree GT tripods – one aluminium, one carbon fibre. And there are two new ball heads to go with them.

Recently, Manfrotto updated its Befree Live tripod to swap out the flip lever locks with twist locks. They also changed the leg adjustment mechanism. We’ve got one of those updated Befree Live Twist aluminium tripods, and there’ll be a review coming soon. Those same changes have been applied to this tripod, too, but this one’s also received a carbon fibre leg upgrade. 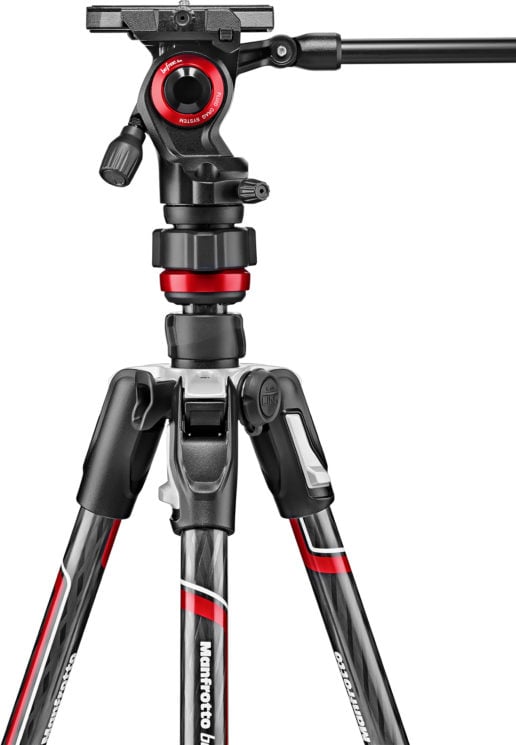 It features the same Befree Live Fluid Head we’ve come to know and love from this series, so it should easily be able to stand up to any task you’d use one of the previous models for. While the switch to carbon fibre doesn’t make a massive difference, it drops the weight of the Befree Live Twist down from 1640g for the aluminium version to 1380g for a 260g saving. When you’re trying to travel light, every bit of weight saved can make a difference.

This is one of three tripods aimed more toward travelling photographers rather than filmmakers. It’s a carbon fibre version of their popular Befree Advance tripod and comes in at a very lightweight 1250g. It features an updated 494 ball head, with friction control. These also feature the new leg angle adjusters found on the Befree Live Twist aluminium and carbon fibre tripods.

The Manfrotto Befree Advanced Carbon Fibre tripod is available to buy now for $319.99. 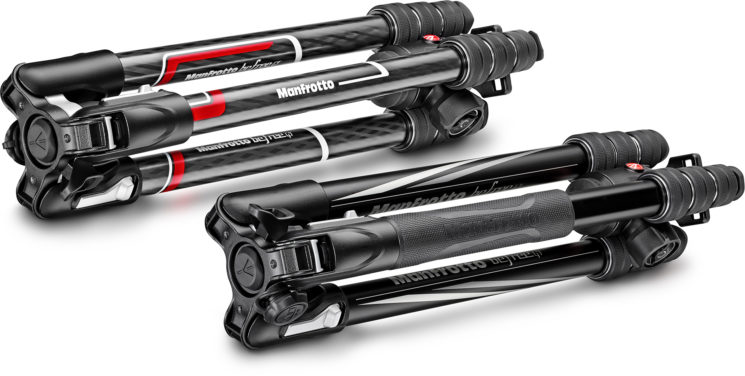 These are two entirely new tripods. One aluminium, and one carbon fibre. While still a travel tripod, they’re designed to take very high load capacities. They fold down to a mere 43cm and weigh in at only 1.55kg and 1.85kg for the carbon fibre and aluminium versions respectively. But they can both take a massive 10kg load, with a little help from the new Manfrotto 496 friction control ball head. Again, these feature the new style leg angle adjusters.

The Manfrotto 494 isn’t quite a new ball head, but this version of it is. It’s been newly updated to add friction control. The Manfrotto 496 is, though, as is the new 200PL-PRO tripod plate. The two new ball heads are essentially two versions of the same thing to handle different load capacities. The 494 can handle loads of up to 8kg (17.6lb) while the 496 can take up to 10kg (22lb).

What’s interesting about both of these heads, though, to me at least, is the mounting plate they use. They use a combined Arca-swiss and RC2 attachment. This means you should be able to use them with both your other, older Manfrotto RC2 tripod & monopod plates, as well as all your standard Arca-swiss compatible plates and L-Brackets (woohoo!).

And the plate that comes with both of these ball heads, the 200PL-Pro is also a combination plate compatible with both Manfortto’s RC2 tripod heads, as well as Arca-swiss compatible heads.

As somebody who’s been slowly trying to make all of his tripods, monopods, sliders and other camera mounts a single unified mount, this is very welcome. It’s such a pain when you’re using multiple cameras with multiple support systems and half are one mount, most are another, and then there’s that one awkward one that isn’t compatible with anything. No more swapping out plates!

Both ball heads and the 200PL-PRO plate are available to order now.