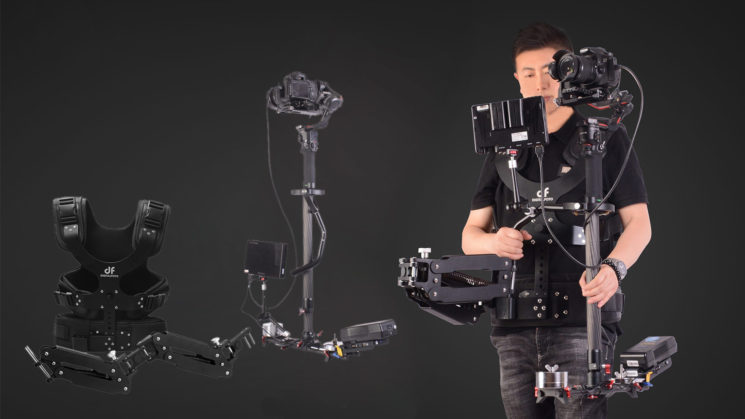 The Arri Trinity made a big impression a few months ago when Potato Jet got to go try one out in person. But it’s a $50,000 stabilisation system. It’s a bit out of the budget of most people. A lot of people have mashed a bunch of random gear together to try to make their own – to varying degrees of success.

You might remember the original Thanos Pro kit from last year when we went to check it out in person at IBC. The new update refines the design, adding more length below the mount to make it easier to balance and more suitable for Arri Trinity style shooting and camera moves where you get a lot of freedom of movement over your camera. 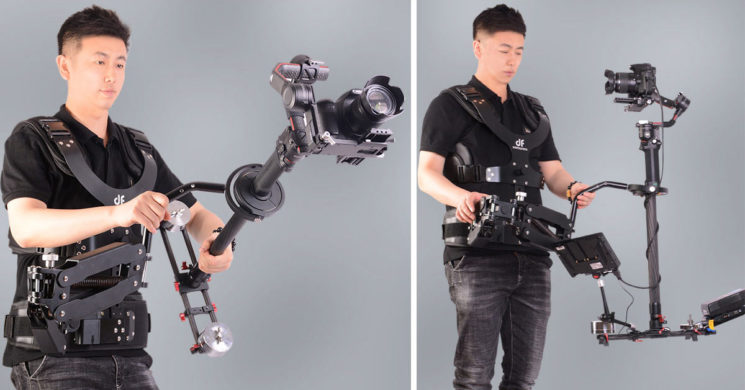 It’s also a response to the increased weight of more recent gimbals that have been released over the last year or two. From Zhiyun, we’ve had the Crane 3S and Crane 2S, which are two of the heaviest gimbals they’ve ever produced. DJI has also released new gimbals (the RS 2 and RSC 2) which, while lighter than their predecessors, are still also fairly heavy.

The Thanos Pro II comes with a V-Mount battery plate slides onto the sled, acting as both a counterweight and a way to power all of your kit. It also comes with numerous cables to power the Blackmagic Pocket 4K and Pocket 6K, as well as cameras that utilise Sony NP-FW50 or Canon LP-E6 batteries. There’s also a DC adapter cable for powering a field monitor – which you can also easily attach to the sled.

Canon’s RF Mount “Holy Trinity” of lenses to ship before the end of July?