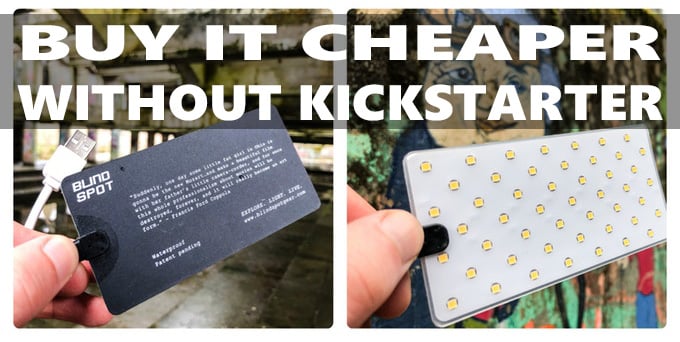 We love Kickstarter here at DIYPhotography. It has brought many great photography accessories into our lives. True, sometimes it failed, but for the most part, Kickstarter is a great platform to get a product out there. And for this, we think Kickstarter is pretty cool.

What Kickstarter is not cool for, is when the platform is abused. We got an email telling us that a new campaign for the Crack Light is actually a one-year-old product that you can already buy for a significantly less than the Kickstarter campaign asking price.

The Crack Light is a small, waterproof, phone-sized, USB-powered light. I gotta say, it does seem pretty cool. But it is not new. Crack light has been on the market since IBC 2018, six months ago (or partially, even since NAB 2018, a full year ago). It is made by Profound, a South Korean LED manufacturer. Under the mother company, it is called the PanFlex 5W. Erik Nasso over at Newsshooter covered it at IBC. And guess what? You can buy it cheaper, a lot cheaper than the Kickstarter selling price.

Here is the video from IBC:

We were kind of surprised to see this light going on Kickstarter under the Blind Spot Gear brand as a new device, so we asked Profound what the selling price was. This is when it hit us. While the selling price at IBC 2018 was $75, and the current MSRP (Manufacturer’s Suggested Retail Price) is $70. If you buy the Crack Light via Kickstarter, it’s £70 (about $92). So, buying direct is $22 (or 24%) cheaper than buying the Crack Light at its Kickstarter price (unless you are an early bird).

Now you do the maths. See if you think its a fair deal. 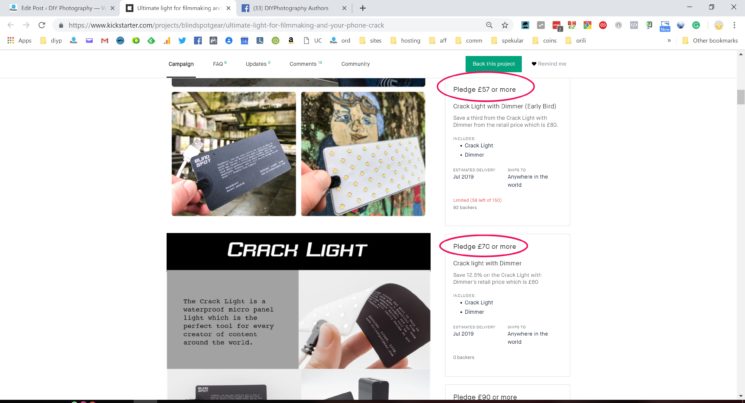 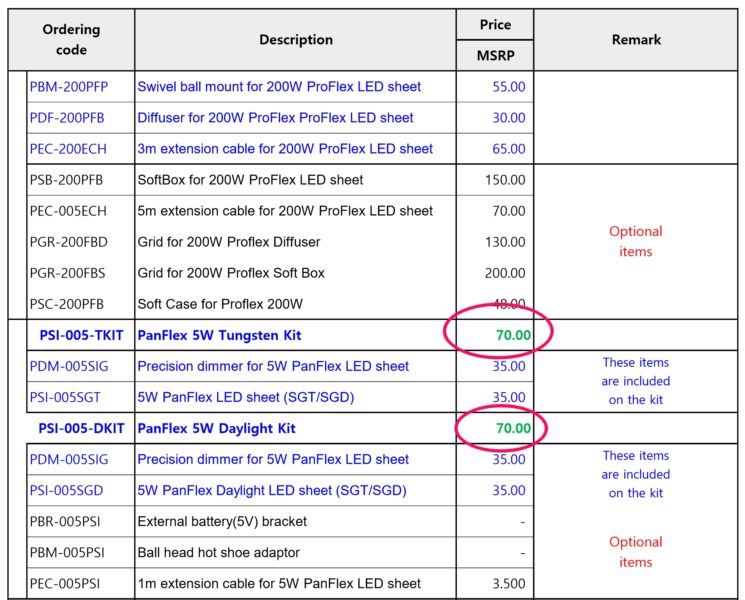 According to Profound’s Instagram, they have distribution pretty much all over the world.  Including the UK. Where Blind Spot Gear is based. 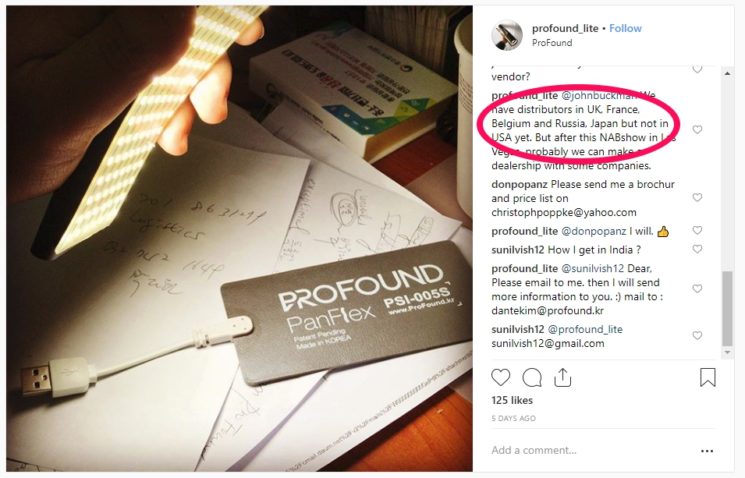 It’s true, the Crack Light has a cleverer quote on the back of the light, and it will probably come in a fancier package, but is this worth $22 extra? Not for me, at least.

While we love Kickstarter as an innovation platform, we like the abuse of the platform a bit less.

Update: Blind Spot Gear has responded to us, and here is what they said…

Good to hear from you. In short, Profound is a great company with fantastic products, but, as Newsshooter said in their article they are very difficult to get hold of. This is from their article

“The Blind Spot Gear Crack Light is actually made by a South Korean company called Profound. We first saw this light along with other products from Profound at NAB 2018.

The Crack lights are rebranded Profound PanFlex lights. Now, you may be asking why would you want to rebrand an existing product? It’s a good question, but here is the answer. Trying to buy Profound lights is difficult. In fact, you can’t even find out prices or purchase them directly from Profound. This is why BlindSpot Gear have jumped onboard, so they can make them available to a much wider audience.”

With the Power Junkie launching in 2019 it was our aim to design and launch a usb powered 5W light in the first 1/4 of this year. We started to draw up designs​ and specs when at IBC we discovered Profound and have been in discussions with them since then about launching the product to a world market. Like I said, great products but a very little reach in the world market, this is where we can add value.

We made sure we are very upfront about working with them and even have a section on the body of the campaign called our partner.

You Have An Established Company, Why Did You Turn To Kickstarter To Make Your Next Product?

« Loupedeck+ adds integration for more software including Final Cut Pro and Adobe Audition support
Can you be a successful fashion photographer outside a big city? »