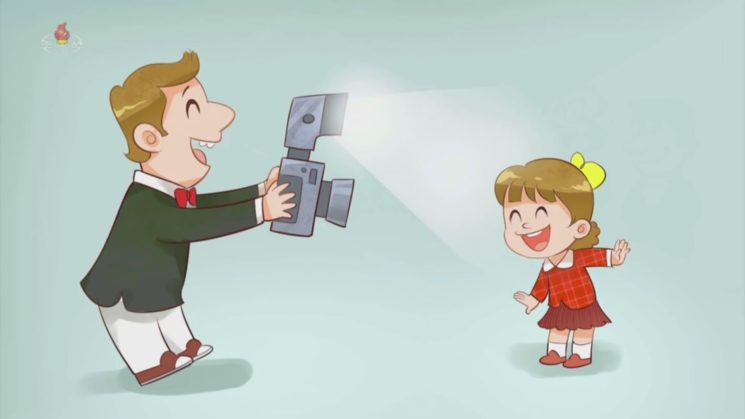 If you’ve always wanted to watch a cartoon about camera history, you’ve come to the right place: here’s a North Korean cartoon that teaches children camera history. It’s actually a combination of cartoon and studio footage, and it’s is cute, encouraging, and informative. But at the same time, it’s odd and full of moments that will make you scratch your head – and this is why you won’t be able to stop watching.

The video is shared on dprknow YouTube channel. According to this user, History of Inventions Seen in Manga, Camera (2) was aired on 8 February during the “Children’s Broadcast Time” on Korean Central Television. Of course, it’s in Korean, but you can turn the subtitles on. Only Japanese and Korean are available, but you can select automatic translation to English, it’s pretty decent. 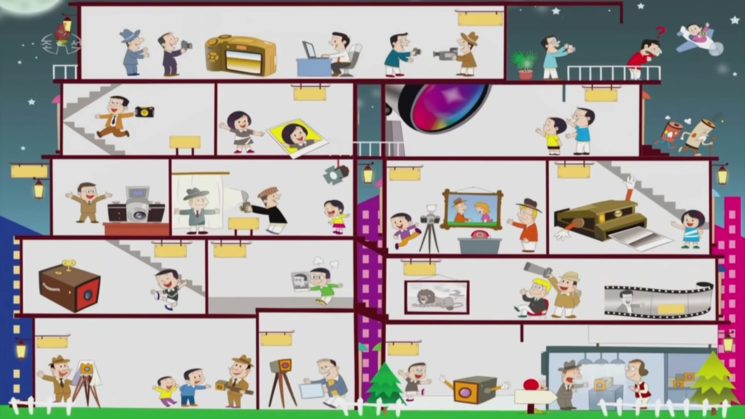 As for the video, I honestly don’t know where to start. It’s very informative and goes all the way back to the very first camera obscura. The narrator lady mentions Nicéphore Niépce and the first photo ever taken, daguerreotype, wet plate, negative film, instant cameras… And let’s stop right there.

When talking about instant cameras, the narrator says that this technology has died out after digital photography took over. This is really odd because the last Fujifilm Instax Mini was announced just last year. The narrator asks “comrade photographer” to take a photo of her and demonstrate how instant cameras “used to work,” and I guess no one told them that they still exist. 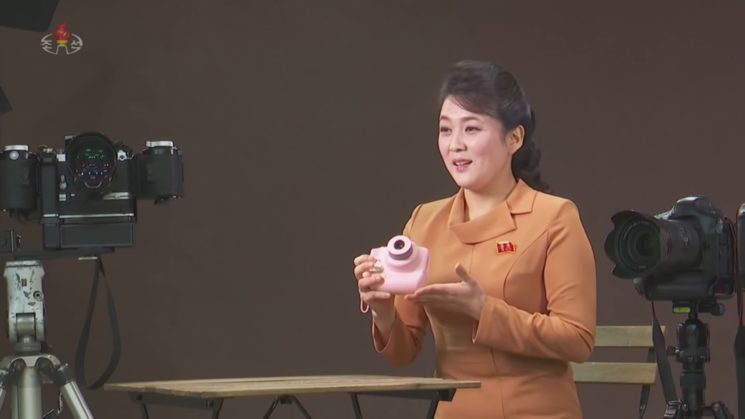 Another oddity I noticed is that all camera names are covered and completely invisible in the video. Even in the close-up shot of various gear. A Reddit user says that it’s because the cameras are made by Canon and other Japanese brands, and “that’s a huge no no for Koreans.” 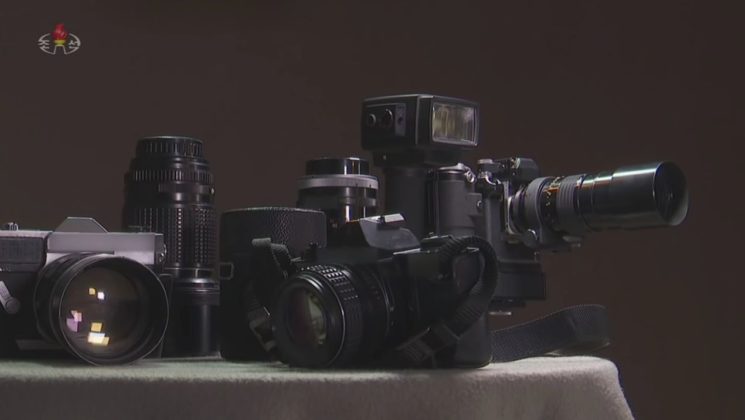 The narrator also gives some pep talk to all the kids who may be dreaming about inventing a “nice camera” in the future. She says that they should study hard and one day they could become camera inventors themselves.

I honestly couldn’t stop watching this video, it’s kinda hypnotizing. I’m super-confused about referring to instant cameras as being obsolete, and I wonder why they did that. Anyway, take a look at the video above and let me know your impressions.