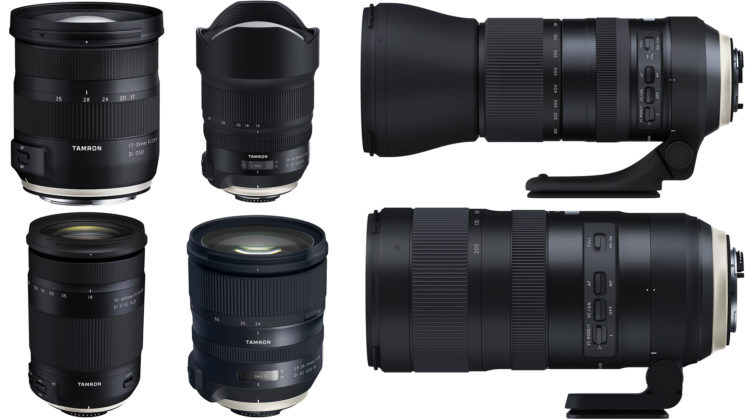 Tamron has updated their list of Di and DI II series lenses confirmed to work with the Nikon Z6 and Z7 cameras. The firmware updates, which started to come in November 2018 had only been tested with the Nikon Z7 at the time, and Z6 compatibility was more of a “well, it should work” sort of thing.

Now, though, Tamron has tested and confirmed that the following six F mount lenses will work with the Nikon Z6 when used with the Nikon FTZ mount adapter if they’re running the latest firmware.

We would like to announce that we have clarified compatibility for general operations (*1) of the following Tamron Di & Di II lenses with the latest version of lens firmware (*2) when used with the Nikon Z6 and Nikon mount adapter FTZ.

The lens firmware can be updated for all lenses with the Tamron TAP-in Console for Nikon, sold separately. You can find out how to update your firmware here, and you can keep up to date with the latest Tamron lens firmware releases on the Tamron support website.

If you’re curious about Sigma’s lens compatibility with Nikon Z cameras, they’re pretty much all fine.