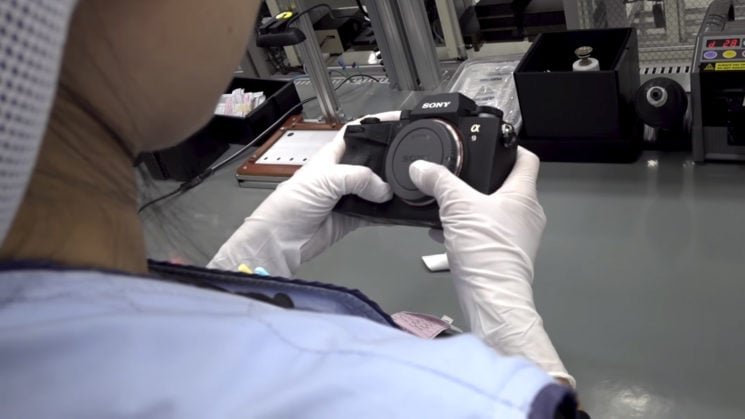 The Sony A9 was pretty much an instant hit once it was announced early last year (that feels weird to type). Being able to easily keep up with its Nikon D5 and Canon 1DX II contemporaries in most respects, and even beating them in some. But if you own one, have you ever wondered how it was made? The folks at Photo Gear News were lucky enough to get a bit of a tour through the Sony factory in Chonburi, Thailand where the A9 is made, to see first hand.

As explained in the video, there were parts of the process they were unable to film. This isn’t really surprising. Sony and most other manufacturers have proprietary tech that they don’t want the world to see. But there are some clips inside the factory and an interesting discussion on the overall process.

The factory itself is located in Chonburi, Thailand, about 80km from the centre of Bangkok, and runs 24 hours a day. The video says that the decision to play it here was due to its proximity to airports and ports. It allows for both easy exporting of finished cameras, as well as importing of components from other parts of the world. 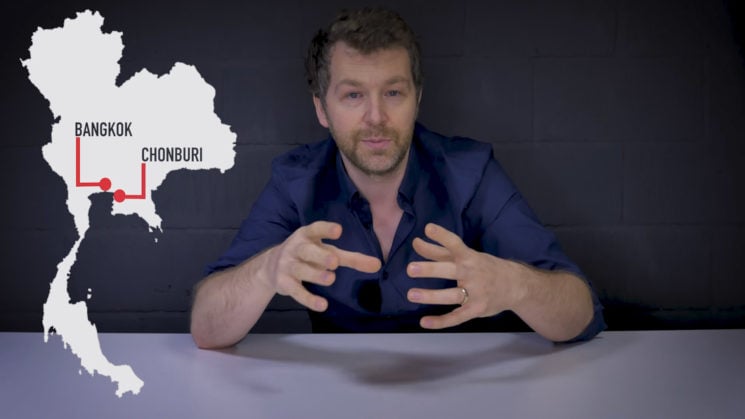 As well as the A9, several other cameras are manufactured here, but also a few lenses, including the GMaster and some Zeiss. The elements are produced elsewhere and shipped there for assembly. And representatives from Zeiss visit the factory twice a year to check that the lenses with their name on them are being manufactured to their standards. 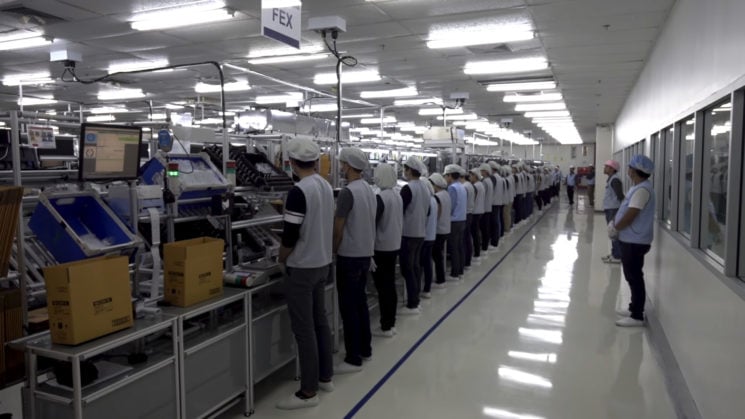 The phrase “You had one job!” never seemed more apt than when looking at the scene above. Each worker on the assembly line has a single task to perform in the production of the Sony A9. After they’ve done their bit, it gets passed down the line and onto the next person to perform their task. It’s a bit boring and mundane, but it obviously works.

Ultimately, the process results in a box containing the camera and associated bits, ready to be shipped off to wherever in the world it’s destined to be.

It’s an interesting look into how the tools we use are made.

« Here are the top ten favorite posts from 2017
Taiwan e-passports include a picture of Dulles Airport, USA – Google Images may be to blame »