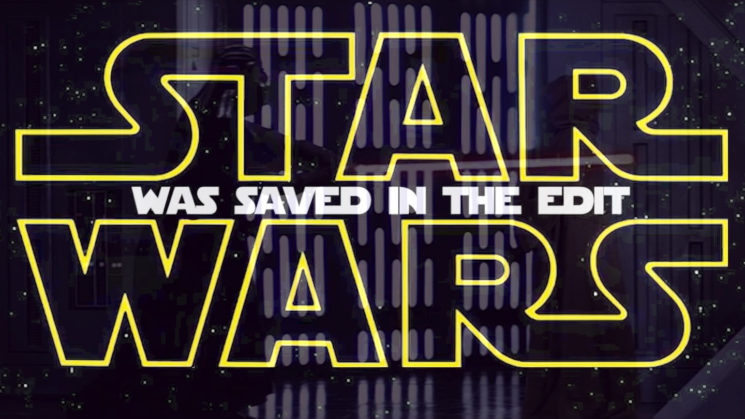 Star Wars is one of the most well known and popular movies ever. Although, I recently did a poll of my friends on Facebook and it surprised me just how many have never seen it (what’s wrong with you people?). But, the success of the movies and the franchise as a whole was not guaranteed. And certainly not in the beginning.

They say that a story is written three times. First in the screenplay, then in production, and finally in the edit. And it wasn’t until the final edit that Star Wars: A New Hope all came together. This video from Rocket Jump Film School goes through the changes that were made to save a film that, by all rights, should not have succeeded at all.

Star Wars snatched victory from the jaws of defeat thanks to his editing team or Richard Chew, Paul Hirsh, and then-wife, Marcia Lucas. Their job was to remove the bloat, remove unnecessary footage, and tighten up the story. To make things more fluid and consistent. Get rid of all the clunky exposition dialogue and threads left unanswered. To create clarity, drama, and tension in key moments of the film that had none.

In the first five minutes [of the film], we were hitting everybody with more information than they could handle. There were too many story lines to keep straight: the robots and the Princess, Vader, Luke.

So we simplified it, by taking Luke out.

Taking Luke out of the first five minutes of the film also added some of that drama and mystery to the planet on which C-3PO and R2-D2 landed. In the original rough draft, the film had already cut to Luke several times before this happens, making it a familiar location.

And much of the rest of the film goes on like this. Rough assembly is broken and fragmented, not really telling the story. Originally it almost runs like a Tarantino style Pulp Fiction edit bouncing through time, but without Tarantino’s skill and ability. 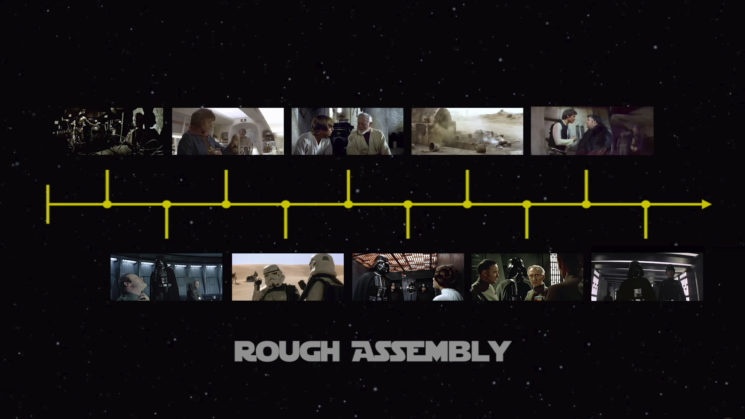 In the final edit, a couple of shots were completely cut, because they’re basically just giving out information the audience already knows. The rest were re-ordered on the timeline to give a better sense of progression. It helps to control the flow of information and expand upon what’s already been told to the viewer. The original cut, with clips in a different order, tells a different and very confusing story. 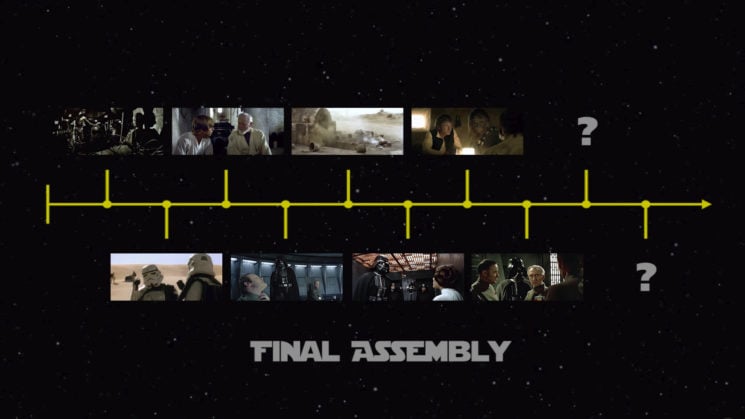 It’s an interesting dissection of the original rough cut vs the final movie. It’s a good job George Lucas had the editors he did. Otherwise, Star Wars would’ve likely never been the hit that it was. Nor would it have a legion of fans around the world, and movies still being produced today.

Even if you’re not a Star Wars fan (again, what’s wrong with you?) it’s a great study in how to tell your story in editing. And this goes along with a recent post here on editing before you shoot. Learning to see your final story before you shoot will save you a lot of time throughout your production.

About Photography, Failure And Success – An Inspirational Video

We sat down with 4 top creatives to talk about success, failure, fears and joy, Here is what they had to say